Style your home with ideas borrowed from these homes Designer Hemant Sagar’s Minimalist Gurgaon Home The Indo-French fashion partnership between designers Hemant Sagar and Didier Lecoanet, which started at couture school in Paris in 1979, has wended a long route. From their first store on Paris’s rue du Faubourg Saint-Honoré, […] 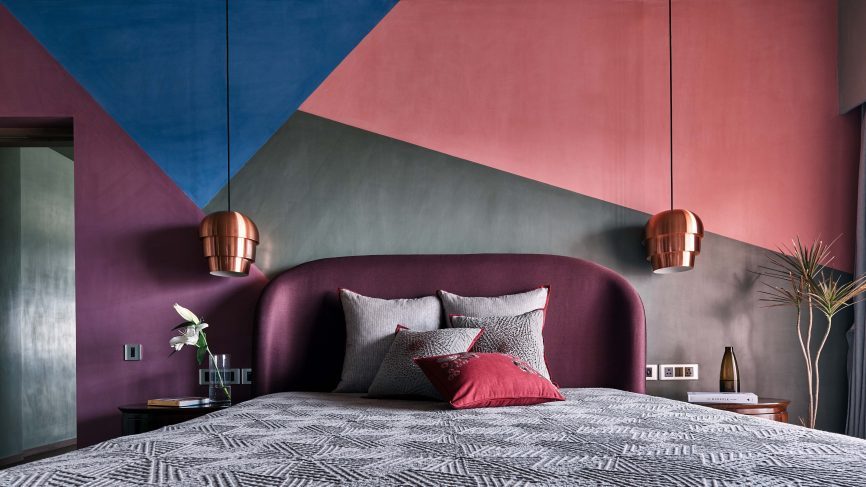 Style your home with ideas borrowed from these homes

The Indo-French fashion partnership between designers Hemant Sagar and Didier Lecoanet, which started at couture school in Paris in 1979, has wended a long route. From their first store on Paris’s rue du Faubourg Saint-Honoré, to a large factory in Gurgaon, and a wide network of online and offline stores—they also handle production for brands such as Balmain and Chloé in France. The duo has often taken the road less travelled, and among their newer directions is the creation of two neighbouring abodes—as much a family story as an odyssey of rediscovering India. It was Sagar’s father, a prominent lawyer and forward thinker, who bet on Gurgaon as a city of the future. In 1999, he bought a 2,700-square-foot plot to build a two-storeyed, four-bedroom family home with a terrace and encircling garden. When Sagar and Lecoanet relocated their business to India, they wanted a place of their own. As luck would have it, Gurgaon property prices slumped, and some years later, taking the stray cow they spotted on the empty plot next door as a good omen, they bought it (the plot, not the cow). Eventually, over five-and-a-half years, they built a beautiful villa, designed by a French architect friend, and decorated on principles of feng shui. It is a tranquil haven of soaring heights, rippling water bodies and soothing woodwork.

Charles-Édouard Jeanneret, better known as Le Corbusier, was a rebel with a cause. Famous for his statement, “the house is a machine for living,” Le Corbusier was not afraid to challenge the concept of an ‘old-world home’. It is no wonder then that the purist canvases of Le Corbusier inspired Bengaluru-based interior design firm FADD Studio to design a modern, minimalist home for a family of four in Gurgaon. While designing the 5,000 square-foot space, the design team—led by interior designers Farah Ahmed Mathias, Dhaval Shellugar and Dheeraj Dhamu—was deeply inspired by Le Corbusier and Pierre Jeanneret—their deep sienna passage of the Villa La Roche, their Chandigarh series and the general polychromatic feel of some of their work. “The furniture is a mix of imported brands and locally customised pieces. The natural colours and materials of the furniture stand out vibrantly against the textured grey walls of the house, giving the otherwise serious shell a dash of drama,” says Ahmed. All design elements lend the space its Zen-meets-mid-century-modern look, lending the foyer a burst of life.

A Penthouse That’s a Subtle Assimilation of Comfort and Sophistication, by AND Studio

This penthouse located on the 23rd floor of DLF Magnolia, Gurgaon, is designed by Love Choudhary of Delhi based architecture firm, AND Studio. The interiors showcase the firm’s signature style of embracing understated elegance into each and every detail. The brief was simple—to convert a spacious four-bedroom penthouse into a luxurious, serene space. The home boasts of warm colours that fill spaces with a sense of positivity and comfort. The concept of the home travels beyond the stereotypes of over-the-top residential apartments and instead focuses on a contemporary, clean design aesthetic. The client wished for a house that did not embellish the acuity of luxury rather subtly assimilated class and sophistication. By using plush furnishing and materials that aligned with luxury, the team achieved a home that was the perfect example of unpretentious indulgence. “Composed with immaculate marble feature walls, tinted glass work and glossy accents, the home serves the intimate functionality required in a habitat,” states Choudhary.

Just like the confederate rose flower, this Pune apartment too displays a transitional colour scheme

Tue Oct 6 , 2020
(BPT) – For many of us, art can still feel out of reach. We think of paintings hanging in a museum, chosen by curators and viewed at a price, or private art collectors in possession of influential pieces never seen by the wider public. However, in its most ancient form, […]