Actors’ Equity Association, the national labor union representing professional actors and stage managers in live theatre, released the following statement regarding the updated HEROES Act, introduced by House Democrats. “I’m grateful for the leadership of the House Democrats, who have added essential arts funding to the HEROES Act. This is […]

“I’m grateful for the leadership of the House Democrats, who have added essential arts funding to the HEROES Act. This is a meaningful recognition that our industry matters,” said Kate Shindle, president of Actors’ Equity Association. “The arts are an economic hub; when people go to live events, they pay for child care, stay in hotels, patronize restaurants and more. With the continuing near-total shutdown of our industry, the unemployment provisions in the HEROES Act are critical. Our members have lost work through no fault of their own and relied on those $600 a week payments – before they were allowed to expire – to pay bills until we can safely return to work. It is inexcusable that the Senate has still refused to take action on the HEROES Act.”

In addition to carrying over many critical provisions that were included in the HEROES Act when it passed the U.S. House in May, this new bill includes the following:

Equity drafted a letter calling for additional supplemental arts funding, and over 260 employers signed on. It was delivered to Congressional leadership on September 17.

Equity has been advocating for the Senate to pass the HEROES Act since its passage in the House in May.

Equity originally joined with other unions and fought to get arts and entertainment workers included in the unemployment provisions in the CARES Act in March, helping expand the bill to apply to arts workers who lost future work.

In July, Equity joined a coalition calling for a fix for “mixed income” earners.

Equity members and supporters have collected 26,000 signatures on relevant petitions, sent nearly 80,000 emails and text message and made 3,000 calls to Congress to advocate for the passage of this bill.

Equity will continue to prioritize Congress taking action to approve relief for workers and the industry.

Thu Oct 1 , 2020
September 30, 2020 | : Shawntae Jones was born and raised in Kansas City, Missouri. She went to the Paseo Academy of Fine and Performing Arts for creative writing. Now, she’s serving as the first director of talent and inclusion at Kansas City Art Institute. She began her role on […] 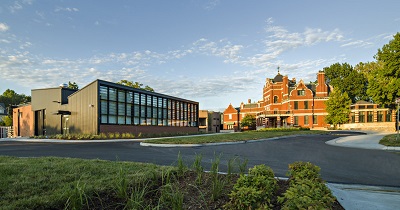