Komunitas Salihara’s digital arts festival is aptly themed “Adapt and Play” as the COVID-19 pandemic has forced the arts center to refrain from putting on live performances. The online festival, running from Sept. 12 to 27, presents contemporary theater, music and dance presented in video format as well as discussions […]

Komunitas Salihara’s digital arts festival is aptly themed “Adapt and Play” as the COVID-19 pandemic has forced the arts center to refrain from putting on live performances.

The online festival, running from Sept. 12 to 27, presents contemporary theater, music and dance presented in video format as well as discussions on contemporary issues.

“This digital arts festival is by no means a replacement of the Salihara International Performing Arts festival, which we have already held seven times,” festival director Nirwan Dewanto told The Jakarta Post.

He said digital arts in its recorded forms would never be able to replace the immediacy and emotional interactivity that take place between performers and their audiences onstage in live performances.

However, he continued, the digital arts festival was nevertheless important as it could serve as an opportunity for the public to support the arts, especially performing arts, which has been paralyzed by the coronavirus outbreak.

The festival will feature artist Melati Suryodarmo, who will present a lecture performance in a documentary format, as well as actors Muhammad Khan and Putri Ayudya, who will recite poetry by legendary Indonesian poets Subagio Sastrowardoyo and the recently deceased Sapardi Djoko Damono, respectively.

“We also want to place young contemporary Indonesian composers and musicians in the spotlight,” Nirwan said.

Dance on: Riyo Tulus Pernando, an Indonesian choreographer and dancer from Riau Islands, will present a recorded version of his 2018 piece ‘Sosak’ at Komunitas Salihara’s online festival. (Courtesy of Komunitas Salihara/-)

“The performers find it quite challenging to adapt to recorded video formats, especially the dancers and actors, who relish the emotional interaction with their audience on stage,” Nirwan said.

“They also have to adapt to cinematic and digital laws, including editing and directing elements, which apply to digital arts format. The duration should be no more than 20 minutes to sustain the audience’s concentration; watching digital performances requires a more focused attention span compared to going to a quiet and darkened auditorium.”

Despite the fact that he missed doing live performances, Muhammad said he found reciting poetry in video format to have its advantages, too.

“We used some cinematic techniques – such as using different angles and blockings – in order to accentuate some emotions or messages of the poetry recitation. You can’t achieve this cinematic effect when you recite it on stage,” said the actor, who won a Piala Citra award for Best Actor for his role as Juno in Garin Nugroho’s critically acclaimed movie Kucumbu Tubuh Indahku (Memories of My Body).

Due to the different nature of dance performances, however, Melati has chosen not to livestream her choreography for fears the audience will not feel the immediacy of her work’s emotional energy online. “I’m conventional this way,” she said.

Thus, she has come up with a lecture performance, told in a documentary about her own creative journey, balancing the tension between polar opposites such as “contemporary vs. traditional” in order to extract the artistic wisdom of different creative approaches.

“I hope this will inspire my fellow creatives,” said Melati, whose life as an artist had been shaped by her strong Javanese upbringing and experience living for 20 years in Germany.

“The filming process, which requires me to revisit my childhood homes, has been fun as it has rekindled so many memories of how I was brought up,” she continued.

Meanwhile, Muhammad said he also had a great time discovering the works of the late poet Subagio, which he found quite timeless and still actually reflected our contemporary social context.

“For instance, his work Mata Penyair [The Poet’s Eyes], reflects the behaviors of netizens on social media. Netizens don’t really know who you truly are, neither do they care to really get to know, but they are so quick to judge you based on the bits and pieces you present on social media,” Muhammad said.

He said this was encapsulated in a line that went: “I have given my all to you […] except my tortured soul” (translation into English by John H. McGlynn of the Lontar foundation).

Meanwhile, he found resonance with the poet’s Manusia Pertama di Angkasa Luar (The First Person in Outer Space); he felt it described the sense of loneliness and alienation he experienced in his adult life.

“I find that the older we get, the more distant we also get from our old friends and family members because our life changes have driven us apart. It gets even sadder when different ideologies also tear you apart from people that used to be close to you,” he said. (ste)

Mon Sep 28 , 2020
Bloomberg Inside the JPMorgan Trading Desk the U.S. Called a Crime Ring (Bloomberg) — Billionaires have Davos. For filmmakers, there’s Sundance. For the people who mine and trade and ship everything from iron ore to platinum, there’s London Metal Exchange Week. It’s a blur of symposiums and drinks, with a […] 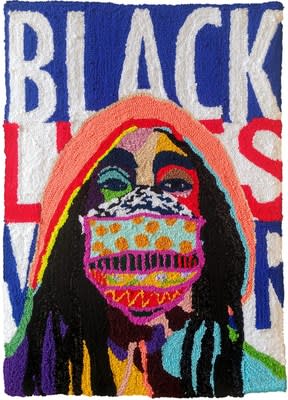