During the height of lockdown in April, the the Association of Art Museum Directors (AAMD)—a leading professional organization that represents museums across North America—loosened its guidelines on how members could use the proceeds of art sold from their collections. Now, a number of institutions are coming out of the woodwork […]

During the height of lockdown in April, the the Association of Art Museum Directors (AAMD)—a leading professional organization that represents museums across North America—loosened its guidelines on how members could use the proceeds of art sold from their collections. Now, a number of institutions are coming out of the woodwork to take advantage of the relaxed rules—including a high-profile sell-off at the Baltimore Museum of Art that represents the most liberal interpretation of the new policy yet.

On Friday, the Baltimore Museum announced it would sell three works from its collection—3 (1987–88) by Brice Marden; 1957-G (1957) by Clyfford Still; and The Last Supper (1986) by Andy Warhol—through Sotheby’s for an estimated $65 million. And while the traditional AAMD guidelines stated that proceeds from art sales could only be reinvested back into art acquisitions, the loosened rules allow for the funds to be used for “direct care of the collection.”

The moves were made “in recognition of the extensive negative effects of the current crisis on the operations and balance sheets of many art museums,” coupled with the uncertain timing of reopening, according to the AAMD’s statement at the time. The original rules are due to be restored in April 2022.

Through creative allocations, Baltimore expects to funnel some of the windfall from its sale toward a broader equity initiative. The money will be used to maintain and increase salaries for staff throughout the museum; establish dedicated funds for Diversity, Equity, Accessibility, and Inclusion (DEAI) programs; eliminate admission fees for special exhibitions; and begin offering evening hours.

Baltimore is not alone. All told, museums in the United States are likely to make more than $100 million through the sale of art this fall, according to an analysis by Artnet News. Some welcome this result as a sign that institutions are taking practical steps to change systems that were long considered intractable; others say it is a troubling indication that museums are taking the easy way out and turning their collections into cash machines.

More Where That Came From

Following a bruising shutdown that hit the bottom lines of institutions around the globe, the Brooklyn Museum is selling 12 works, including by Lucas Cranach the Elder and Gustav Courbet, to generate as much as $21 million, while the Everson Museum, in Syracuse, New York is selling a major Jackson Pollock estimated at up to $18 million, which it says will be put toward the acquisition of works by women and artists of color.

Reached for comment, representatives from Newfields, the Laguna Art Museum, and the Modern Art Museum of Fort Worth said that their plans to sell works from their collections were in motion before the shutdown, and well before AAMD relaxed its guidelines, as part of the normal course of collection-refining business. The Cleveland, Montclair, and Springfield Museums did not immediately respond to inquiries, but the latter has designated that the Picasso will be offered to support “art acquisitions and collections care,” suggesting it is taking advantage of the temporary relaxation of the AAMD rules.

Of the $65 million the Baltimore Museum expects its three works to generate through private and public sale at Sotheby’s, $10 million will be funneled into a more traditional acquisition fund (with an emphasis on artists of color) and $55 million will create a new endowment for the care of the collection. The $2.5 million in interest generated by the fund will offset costs for research, conservation, documentation, and exhibition of works as well as salaries for 46 staff members.

The plan to raise money for equity comes in the form of Baltimore’s commitment of an equivalent amount—$2.5 million—to equity and accessibility initiatives, which does not qualify as “direct care of the collection.”

Notably, the museum’s director Christopher Bedford says he is not making this decision because the museum is under financial strain. The lockdown prompted him to think about the necessity of having “a 360-degree symmetry of vision in all aspects of the museum’s functioning,” he told Artnet News. “How would you translate the vision of the creative core into a series of policies that would really transform us for our audience as well as for the people that we charge with driving our efforts as an institution?” Christopher Bedford in Venice for “Mark Bradford: Tomorrow Is Another Day” at the US Pavilion for the Venice Biennale 2017. Photo by Awakening/Getty Images.

Bedford notes that the AAMD resolutions, which brought it in line with its sister organization, the American Alliance of Museums, provided “the opportunity for us to abide very strictly by the rules that were laid out.” (This isn’t the Baltimore Museum’s first trip to the auction block: in 2018, the museum sold seven works by white male artists to build a “war chest” to fund acquisitions of work by women and artists of color.)

Not everyone agrees that Baltimore’s move is kosher—or that the AAMD should have adjusted its rules to allow it in the first place. “AAMD passed its permissive policy in April when the expectation was that the economy would crater,” historian Tyler Green told Artnet News. “It has not. In fact, the wealthy men and women who fund charities such as the art museum sector are doing as well as ever: since April, the wealth of billionaires alone in America has increased by at least $845 billion during the first six months of the pandemic. So why hasn’t AAMD revisited and terminated its temporary policy yet?”

The AAMD’s director, Christine Anagnos, stands behind the move. Any conversation about deaccessioning—or museum operations writ large—”has to be seen,” she told Artnet News, “in the context of the two big present challenges” facing the field: the shutdown and “the ongoing work to address a range of DEAI needs.”

Anagnos says that while the former was the focus for AAMD’s resolutions in April, “the latter is equally important work that many in the field have been focused on for some time, and that also requires resources.” She added that the recent deaccessions being pursued, “whether in Brooklyn or Baltimore, make some sense.” Lucas Cranach the Elder’s Lucretia, which the Brooklyn Museum is selling, is estimate at around $1.8 million.

Although the number of works coming to the auction block this month is significant, there may be many more to come. “It probably takes a while to go to the ‘basement’ and figure out what you want to sell,” says Michael O’Hare, a public policy professor at the Goldman School of Public Policy at the University of California.

There is rising interest in taking advantage of the opportunity while it lasts, according to experts. “If carefully culled works can be offered through public auction, and the funds used to help museums stabilize and encourage diversity, as well as to purchase new works that fill gaps in their collections, it is a tough but vital step to take,” said Elizabeth von Habsburg, an appraiser and managing director of Winston Art Group.

The Brooklyn Museum—whose long-running financial difficulties were exacerbated by the shutdown—will use the proceeds of the dozen works to help furnish a $40 million endowment that can generate $2 million annually for the management and care of the collection (that includes salaries of curators, conservators, and others entrusted with overseeing the institution’s treasures).

Meanwhile, following Baltimore’s lead, the Everson Museum will use the expected $12 million to $18 million windfall from its Jackson Pollock to buy more work by women artists and artists of color as well as other examples from underrepresented areas in the collection.

Green called the move “idiotic,” saying “none of these sales fundamentally address these institutions’ histories of racism or sexism. They are attempts to elide a broader, deeper self-examination and address by taking the easiest way out through selling art.”

O’Hare, a vocal proponent of deaccessioning, has a different take: that the current sell-offs may represent a welcome expansion of museums’ missions. “If the museum is in the business of creating more and better art, then we have to be able to ask, ‘Wait a minute, if you can do that by having more curators, and docents, and bigger galleries, and less paintings in storage than will ever see the light of day… wouldn’t that be good? My premise is that museums are about engagement, not just having art.”

Tue Oct 6 , 2020
Lexus has unveiled its full lineup of judges and mentors for the Lexus Design Award 2021, and is reminding emerging designers that they have only a few days remaining to submit their entries before 11 October, 2020. Now in its ninth year, the annual design competition was established as a […] 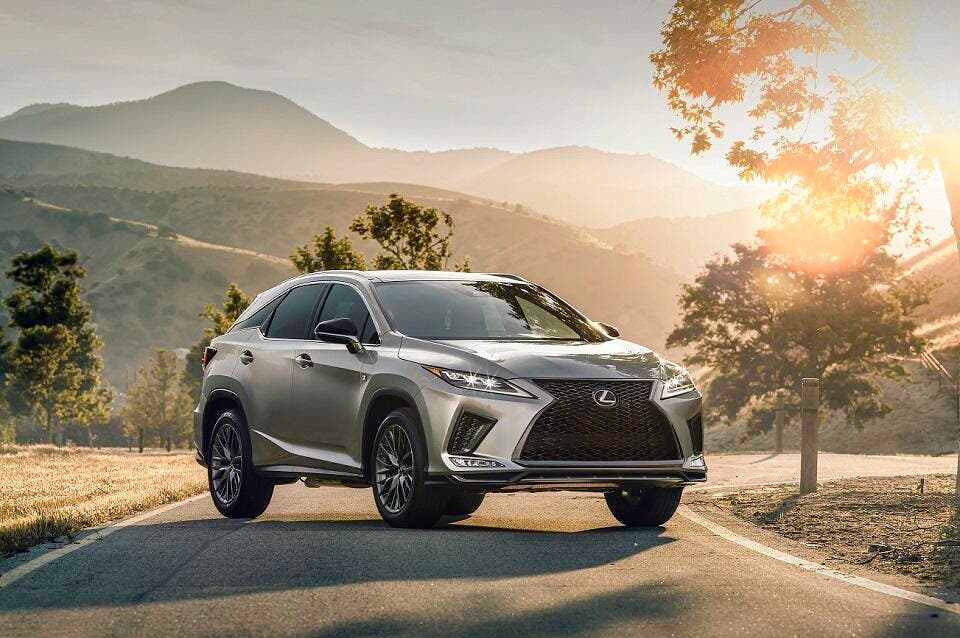