A previously unrecognized distinctive style of rock art has been found in Arnhem Land, site of Australia’s oldest known site of habitation. Besides adding to the understanding of the region’s rich culture, the art raises some unexpected possibilities about how the local ecology as it features images of what appears […]

A previously unrecognized distinctive style of rock art has been found in Arnhem Land, site of Australia’s oldest known site of habitation. Besides adding to the understanding of the region’s rich culture, the art raises some unexpected possibilities about how the local ecology as it features images of what appears to be bilbies far from their modern habitat.

Northern Australia is home to cave paintings on a scale unmatched anywhere else in the world. Most famous is the Kimberly Region’s Gwion Gwions, but the Northern Territory is also a treasure trove of artworks dating back thousands of years.

Dr. Sally May of Griffith University told IFLScience distinctive styles have been identified for much of the art here, but most falls into no known category. Having explored widely in the area over many years, May and Professor Paul Taçon noticed strong commonalities between 572 paintings from 87 sites, which they call Maliwawa Figures.

Maliwawas most often portray members of the kangaroo family, but also include realistic-looking humans and other animals.

“They’re a missing link between the well-known early-style Dynamic Figures, about 12,000 years of age, and X-ray figures made in the past 4,000 years,” Taçon said in a statement.

May told IFLScience that, despite some recent advances, dating rock art precisely is hard. However, painting was so common in Arnhem Land that newer works were frequently made over older ones, and were painted over in turn. “We can look at the layering and get a sense of relative ages,” May said. From this, she and Taçon estimate the Maliwawas date to between 6,000 and 9,400 years ago.

At the time, the styles known as “Northern Running Figures” and “Yam Figures” were widespread further south. The Maliwawas appear to be the originators of humans or kangaroos depicted back to back, a convention that subsequently became widespread. “We can see previous styles that merge into the Maliwawas, and as they went out others picking up elements,” May told IFLScience.

The humans in the paintings wear a variety of headdresses, some with feathers, but few other physical adornments. Both males and females are depicted, and incredibly, so are figures that appear to be vomiting. Often the animals appear to be watching or even participating in human activities, as if in a ritual. “Eighty-nine percent of Dynamic Figures are human, whereas only about 42 percent of Maliwawa Figures are human,” Taçon noted.

Perhaps the most remarkable feature of the Maliwawas, described by Taçon and May in Australian Archaeology, is the apparent depictions of non-local animals, including what is thought to be the oldest known painting of a dugong. “Today, it’s is located about 15 kilometers south of the Arafura Sea, but 6,000-9,400 years ago the coast would have been further north,” May said. The painter must have made a very substantial journey for the times, and held onto the memory of dugongs well enough to paint one clearly.

More puzzling still are three paintings of what look like bilbies, small and very endangered marsupials that inhabit arid lands in the Australian interior. Although these may represent wallabies common to the area painted with greatly exaggerated snouts and ears, a more intriguing possibility is the painters really were depicting animals whose habitat is now vastly distant.

If so, May told IFLScience, she thinks it more likely bilbies were actually living in the area at the time, something not previously suspected, rather than the painter had journeyed all the way from the desert.

May thinks ancient paintings are so abundant in this region is because “Arnhem Land was an easy place to exist; societies had time to engage in other things besides survival, such as making art.”

Thu Oct 1 , 2020
Man Expresses Concerns Over RWS Statues’ Huge “Private Parts” In Western culture, nudity in art is a tradition that dates back centuries. But in Asian culture, perhaps more time is needed for some to fully appreciate it. Recently, a STOMP contributor expressed concerns over 2 “indecent” statues located at a […] 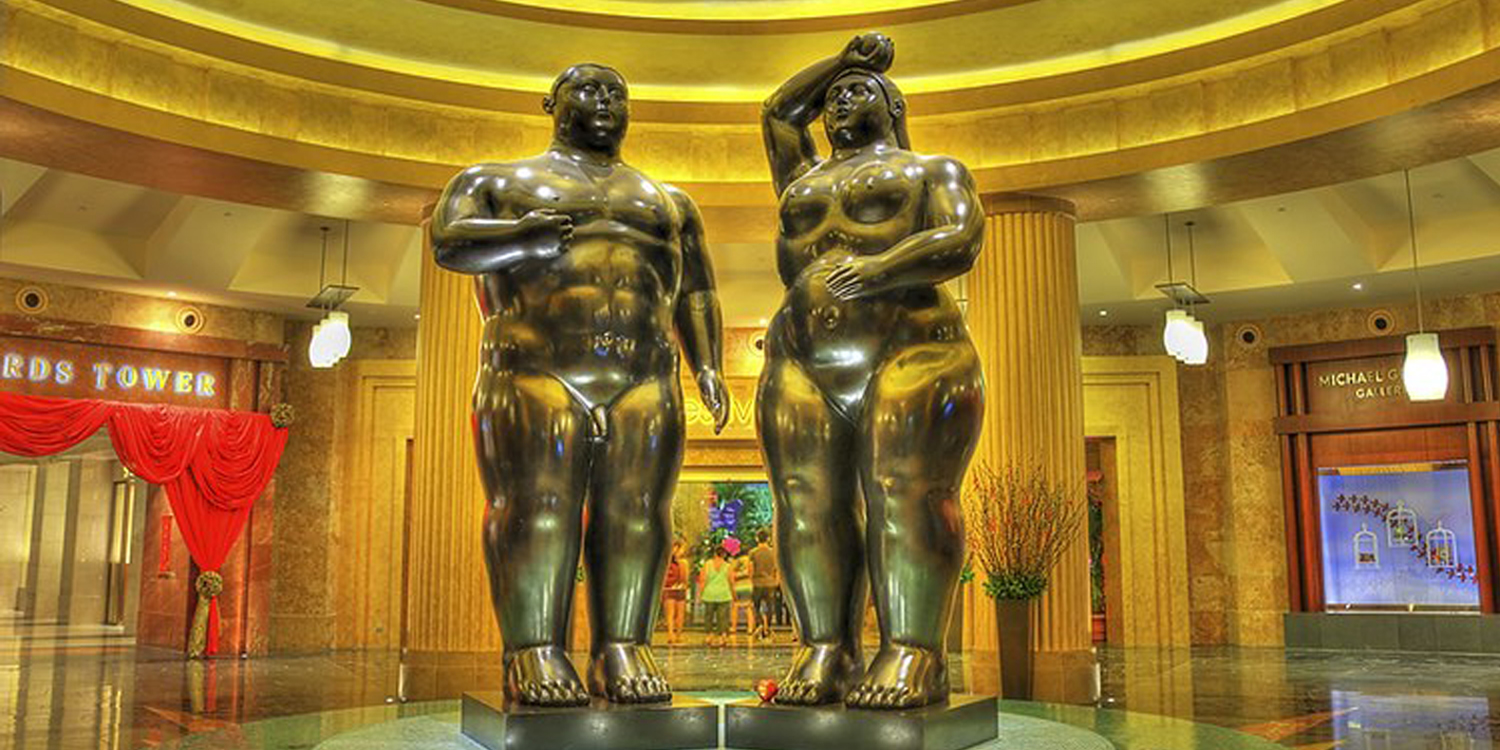