The announcement of the conditional movement control order (CMCO) in Selangor, Putrajaya, and Kuala Lumpur from Oct 14-27 has led to the postponement of several performing arts shows and visual art exhibitions in the Klang Valley. Under the CMCO guidelines, all religious, sports and cultural activities will be prohibited. Many […]

The announcement of the conditional movement control order (CMCO) in Selangor, Putrajaya, and Kuala Lumpur from Oct 14-27 has led to the postponement of several performing arts shows and visual art exhibitions in the Klang Valley.

Under the CMCO guidelines, all religious, sports and cultural activities will be prohibited.

Many individuals in the arts and culture community have expressed sadness at this turn of events, but understood that steps need to be taken to deal the spike in Covid-19 cases.

A disappointed Joe Hasham, co-founder and artistic director of The Actors Studio/KLPac, says performing arts activities at KLPac have been enjoying a good run since theatres reopened in July after the MCO.

“We are gutted to hear this just as things were picking up, we were getting back on our feet. The team has worked tirelessly through this difficult period and so much effort has been made to ensure that we adhere to the SOPs and to keep everyone safe. We hope we will be able to resume soon. In the meantime, stay safe,” says Hasham.

The Malaysian premiere of Triple Frontiers (odissi), a dance show by the Sutra Foundation has also been postponed. The show was supposed to run at the Auditorium PJ Civic Centre from Oct 16-18.

“We are devastated that Triple Frontiers, which had faced a similar postponement in March when the MCO was enforced, now has to suffer again the same fate. So much time, energy and money has been wasted to prepare for this second season. Worst still, my dancers have experienced a blow to their spirit and morale is at all time low. The CMCO is unavoidable but nevertheless, a tragedy for us artistes,” says Datuk Ramli Ibrahim, founder of the Sutra Foundation. The Damansara Performing Arts Centre (DPAC) has decided to postpone their upcoming triple bill dance show, called Creature Trilogy, even before the CMCO was announced today. It was supposed to play on Oct 17 and 18. At press time, the show is tentatively rescheduled to Nov 14 and 15.

Masakini Theatre Company’s (Masakini) Pandemaniac, which was supposed to open on Oct 22 at Studio Ramli Hassan in KL, has also been postponed indefinitely.

Ironically, Pandemaniac, Masakini’s first show since the start of the MCO, deals with the effects the lockdown on the ensemble.

“This is unexpected news especially since we are fully prepared and ready for two upcoming shows. All the stage work is ready, but we have to adhere and follow the instructions given by the Government,” says Zaiton. Additionally, all public activities at creative centre REXKL have been put on hold.

“That means our film screenings, art workshops and photo exhibition will be affected by this CMCO announcement. We will have a management meeting tomorrow to see how to deal with this month’s cancellations, and to see if we can reschedule them for a later date,” says Brian Kwan, REXKL programming manager.

The art community in the Klang Valley will also face a series of exhibition cancellations.

Multi-disciplinary artist Dhavinder Singh’s well-received Tagistan exhibition this month at a temporary space at the Zhongshan building in KL will also be cut short because of the CMCO announcement.

“The Tagistan exhibition will be closed during the upcoming CMCO. We hope to reopen our doors to the general public once the CMCO is lifted,” says Vivian Adram, the exhibition’s project manager.

“It has been our pleasure to welcome so many curious and appreciative visitors to the exhibition. Do continue to share with us your photos and takeaways from this show on our Facebook page or just by using the #tagistan on all social media platforms,” she adds, hoping to see an extension for this exhibition.

“We look forward to your presence again and will be updating everyone regarding the show’s workshop and ‘Tagistani Floating Chess’ tournament then. Rest assured we have always taken our SOPs seriously and will continue to do so when the show restarts.”

Kenny Teng, the co-founder of G13 Gallery in Petaling Jaya, understands the need for the CMCO and he will look into how the ongoing Sedekad anniversary show can continue with all the SOPs in place.

“I was quite shocked by the news but we will continue all our programmes planned because we are ready to adapt to all the unforeseen circumstances and challenges that may arise in the future. The show will go on but viewing is by appointment only,” says Teng.

“The opening was supposed to have been on Oct 24, but now will have to be pushed back to end October or early November, depending on whether the CMCO remains until Oct 27 or is extended further. We will also be doing up a slightly more elaborate online presentation for this exhibition to compensate,” says Jamal.

“The CMCO was announced without much specifics, so at this point we’re still unsure whether to completely close the gallery, or keep it open with strict restriction on number of visitors at any one time.

“On the one hand all economic activities are supposed to proceed, but on the other hand no cultural activities are allowed. So yeah, we’re a bit confused,” says Jamal.

Michael Price, ‘The Simpsons’ Writer And Co-Creator Of ‘F Is For Family,’ Talks The Art Of Writing Adult Animation

Wed Oct 14 , 2020
“F is for Family,” co-created by Michael Price and Bill Burr. Courtesy of Netflix Writers Guild Award and three-time Emmy Award-winning writer/producer, Michael Price is the Executive Producer and Showrunner of the acclaimed Netflix animated comedy series F is for Family, which he co-created with series star Bill Burr.  Michael […] 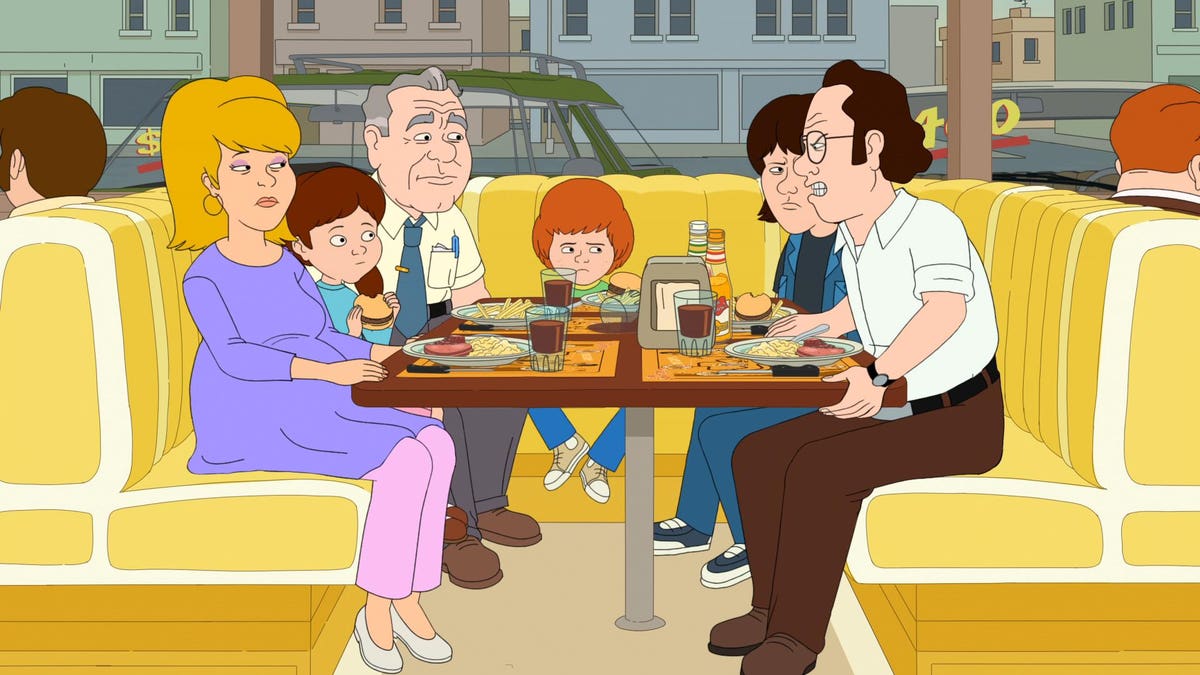