Archaeologists have discovered a new style of ancient Australian rock art that features unusual depictions of human and animal figures, seemingly living in harmony. The works from this ancient art movement have been collectively dubbed the Maliwawa Figures, after the name of the place (in the indigenous Mawng language) where […]

Archaeologists have discovered a new style of ancient Australian rock art that features unusual depictions of human and animal figures, seemingly living in harmony. The works from this ancient art movement have been collectively dubbed the Maliwawa Figures, after the name of the place (in the indigenous Mawng language) where the paintings were found.

“We came across some curious paintings that are unlike anything we’d seen before,” Paul Taçon, the author of a new study on the paintings in Australian Archaeology, told the BBC.

The paper describes the Maliwawa Figures as a missing link in the history of Aboriginal art, bridging the gap between the large naturalistic animals characteristic of the dynamic figures, created about 12,000 years ago, and the stick figures that arose around 4,000 years ago.

During 12 years of research, Taçon and his team identified 570 rock art works that fit the new Maliwawa Figures style. The ancient artworks range from 6,000 to 9,400 years old and have been discovered at 87 sites across an 80-miles stretch of northern Australia’s Arnhem Land.

“Animal-human relationships appear to be central to the artists’ message,” the paper says, noting that only one painting appears to depict hunting. “The artists are clearly communicating aspects of their cultural beliefs, with an emphasis on important animals and interactions between humans and other humans or animals.”

Intriguingly, one of the ancient paintings features the oldest-known depictions of a marine mammal known as the dugong.

There are also figures that appear to be bilbies, small, long-eared, nocturnal marsupials that are native to Australia and have never been depicted in known Indigenous rock art. They are also not known to have lived in prehistoric Arnhem Land, which suggests that the species’ range was once wider than it is today. The Maliwawa Figures are quite large scale—most at least two-and-a-half-feet tall, and some even life-size. Tthey are painted with red outlines and some examples have more detailed interior line work, suggesting the hand of different artists, although it is hard to say exactly how many.

“It is even possible only a couple of artists made most of the paintings,” the paper states. “We know… that individual rock art artists can produce a remarkable number of paintings in their lifetime.”

See more photos of the Maliwawa Figures below. ‘The Good Lord Bird’ Is Good TV. But Mix Art and Slavery at Your Peril.

Wed Oct 7 , 2020
Hawke admitted to me that he and Richard received notes from Showtime and Blumhouse, the production company, asking that they make sure the Black characters didn’t die too violently. “I think they don’t want to perpetuate that kind of horrible imagery,” he told me between takes. “And that’s probably a […] 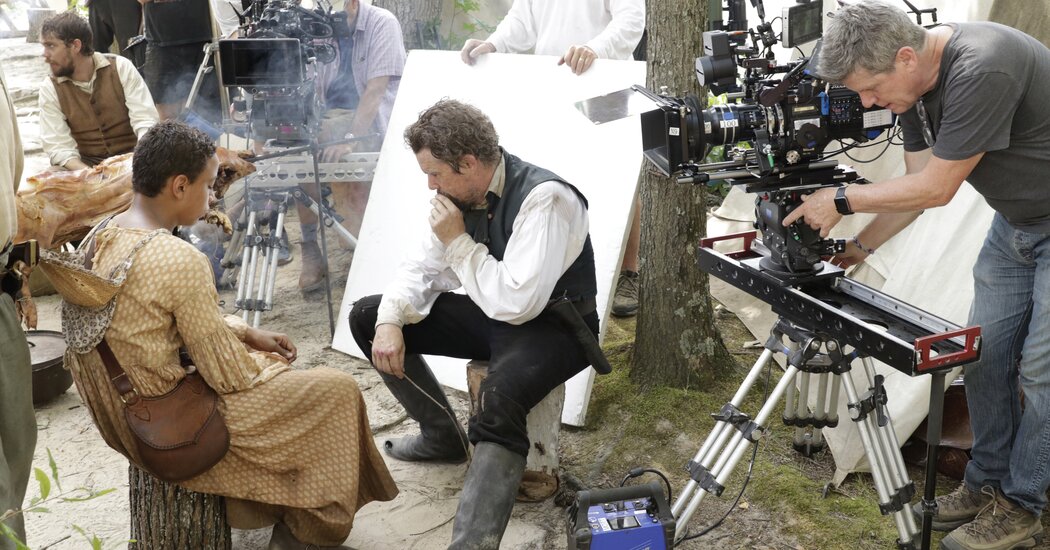