The NYC Landmarks Preservation Commission voted today to designate Public School 48 in South Jamaica, Queens as an individual landmark. Built in 1936, PS 48 was an early example of a school building serving as a “monumental civic structure” in the community. “Its Art Deco style details, which are quite striking in person, make it unique, and it is one of the first elementary schools New York City to incorporate this architectural style,” said LPC Chair Sarah Carroll, who also noted that it’s the neighborhood’s first historic landmark.

PS 48 (also known today as the William Wadsworth School) was designed by Walter C. Martin. He was the Superintendent of Buildings for the Board of Education from 1928 until 1938, during which time he designed hundreds of schools throughout New York City in varying architectural styles.

Construction on the school began in 1932. It replaced a small clapboard building from 1886 that had been Jamaica’s “colored school,” according to QNS. But in 1900, the state legislature passed a bill that forbade any public school from excluding a child based on race, which is when most students began attending the schools closest to where they lived. And after WWI, Jamaica saw its population explode, which is when the decision to construct a larger school was made.

Martin’s choice of an Art Deco style was not common at the time, which makes its place in history all the more significant. As for the architectural elements, the LPC details:

Martin’s use of the Art Deco style for P.S. 48 drew inspiration from industrial and commercial buildings, reflected in its large window openings and distinctive decorative treatment not seen on some of his other schools in the style. He highlighted the main facade with bi-color brick spandrels, bi-color terra-cotta plaques evocative of the importance of education, stylized foliate plaques atop the piers, and granite entrance surrounds featuring stylized eagles that harbor bronze doors with bronze-enframed multi-light transoms.

The fact that PS 48 is almost entirely intact made the LPC’s decision an easy one. Meghan Weatherby, Executive Director of The Art Deco Society of New York, noted that “prior to this designation, Herman Ridder Junior High School, in the Bronx, was the only individually-designated Art Deco public school building…”

Coming soon to Harvard Square: Art to mend the fabric of life

Tue Sep 29 , 2020
“My art celebrates life, the little things we take for granted,” said Patricia Thaxton, a Stoughton mixed media artist and former Boston Public Schools teacher, speaking from her home studio. “Going shopping, going to the grocery store.” Taking a kid to day care or sitting on the stoop with your […] 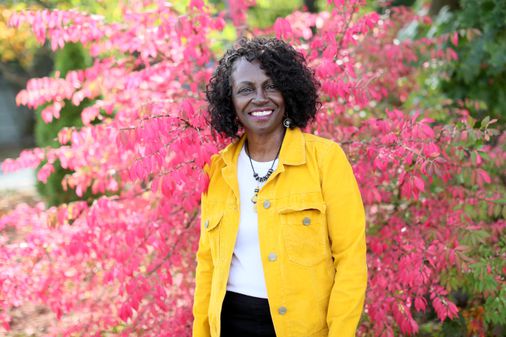