It’s a pity we don’t have Art Deco in Kerala, Aflah Habeeb thought when he first fell in love with the 1930s architectural style while on a study trip to Mumbai. That was in 2016. Habeeb, a graphic designer, then returned home to Kasaragod, and realised he had grown up […]

It’s a pity we don’t have Art Deco in Kerala, Aflah Habeeb thought when he first fell in love with the 1930s architectural style while on a study trip to Mumbai. That was in 2016. Habeeb, a graphic designer, then returned home to Kasaragod, and realised he had grown up in a home with Deco patterns — jaalis with intersecting circles and curved door handles.

He decided to go Deco scouting, and has since uncovered scores of structures with Art Deco elements across the state — schools, government buildings, cinemas, educational institutes, gymnasia, dispensaries. “Fusion is the Kerala Deco trademark,” says the 25-year-old. “A building may just have a boxy Deco shape or seashell motifs or wave patterns in verandahs beneath a sloping Kerala roof.”

One of his favourites is the Thankaraj Theatre with seashell motifs on the roof. “Kerala’s Art Deco is a style sprinkled onto buildings all over the state. If you’re not looking for it, you will likely never notice,” he says.

In Kolkata, where heritage lovers focus on colonial-era mansions and Gothic architecture, advocate Adhiraj Bose, 30, is promoting a love of Art Deco through the Instagram page @CalcuttaArtDeco.

“Spending every day going from Chandni Chowk to the Calcutta High Court near the city’s Esplanade area, I passed elegant Deco buildings. It was like walking through an open-air art gallery,” he says.

It struck him that this remarkable commercial architecture wasn’t getting its due. “The aim of the page is to correct that,” he says. Other heritage enthusiasts have also contributed to his account’s collection of photographs documenting, so far, over 200 Art Deco buildings across the city.

These include the Jahaj Bari or Ship Mansion on Elgin Road, with portholes for windows; the Metro cinema with its grand staircase and waterfall-like columns soaring upwards; the lift cage of the nearly 80-year-old City Heart Hotel, crowned with an intricate geometric pattern.

Bose has also created an inventory of the Art Deco buildings captured on his Instagram account and superimposed it on a map so people can take their own Deco tour.

His captions are his ongoing conversation with the people of his city. “That was a nice sunburst railing design over the entrance of a Lake Town home,” he writes in one post. “My friend @isthisthereallight got luckier than me… awesome close-up shots of Laha Paint House…without unnecessarily provoking security personnel,” goes another.

Hyderabad’s tryst with ArtDeco is laid out in @ArtDecoHyderabad, an Insta page run by architecture student Nitya Gonnakuti, 21. Its focus areas: Art Deco windows, doors and staircases. In heritage homes across the city, banisters are shaped like tidal waves, iron window stoppers curl outwards like the prong of an anchor.

“Bombay was the learning ground for Indian architects, engineers and contractors new to reinforced concrete and modernism. The style travelled to other cities because they started to get commissions outside Bombay,” says architectural conservationist Abha Narain Lambah, who helped pitch for the Victorian Gothic and Art Deco Ensembles of Mumbai to get Unesco World Heritage status in 2018. “Deco came to be seen as a new modernism free of colonial trappings. Nautical themes like portholed windows and wave-shaped grilles were incorporated in port cities.”

ART DECO: What it is and why it matters

Birthed in Paris and popularised in the US of the Roaring Twenties, now a century ago, Art Deco was shorthand for architectural modernism.

The invention of reinforced concrete allowed for swirls and sweeping lines that hadn’t been possible in stone, and so the romance and geometry of Art Deco became as much about design as it was about modernism.

In Mumbai, where Marine Drive is home to the world’s second-largest Art Deco ensemble after Miami, these buildings with their portholes, turrets, soaring vertical lines, rounded corners and geometrical elements emerged as a young challenger to the older Gothic aesthetic.

Art Deco took off in India in the 1930s, with Bombay as its epicentre, then spread to other cities where reinforced concrete was in growing use.

Sat Sep 26 , 2020
Two of the performances in the season are pre-recorded versions of live one-man shows. The other four will be produced without live audiences. “We’re not a film company, we’re a theater company,” Perlman said. “It’s hard to say exactly how it will be different but it will be different.” Perlman […] 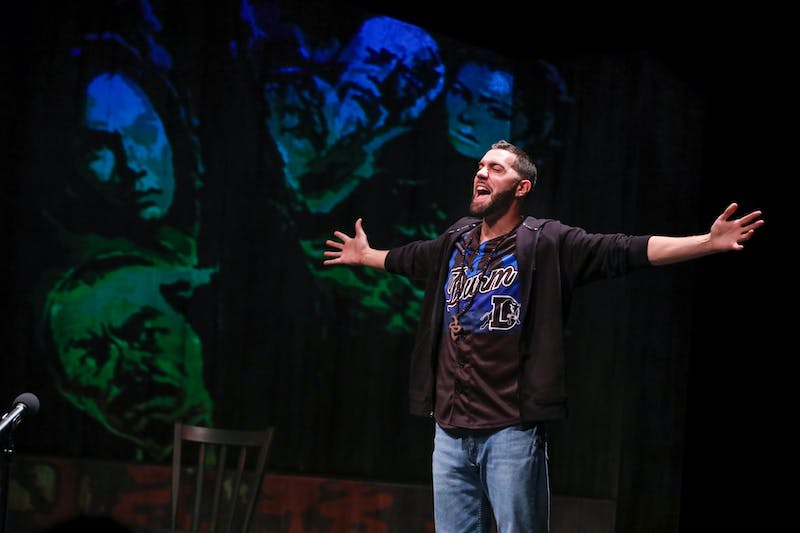