Yael Maly had no intention of causing a commotion in the National-Religious sector (with which she identifies). But she did expect some discomfort with her latest book, Omanut Kaparshanut (Art as Commentary), which looks at the Pentateuch through the eyes of art, incorporating Western- and Christian-inspired expression. The discomfort she […]

Yael Maly had no intention of causing a commotion in the National-Religious sector (with which she identifies). But she did expect some discomfort with her latest book, Omanut Kaparshanut (Art as Commentary), which looks at the Pentateuch through the eyes of art, incorporating Western- and Christian-inspired expression.

The discomfort she anticipated from that group never materialized, but instead Maly was surprised to find it was her secular readers who took umbrage at her project, criticizing it as a way to impose Jewish interpretations on artifacts seminal to Christian and Western civilization.

That was never her agenda.

“I have been involved in developing my knowledge and my approach to the arts for many years,” recalls Maly. “I love plastic arts. I have been s drawing and painting since my childhood, but my energies were mostly focused on Jewish studies. One focus of my learning was the history of the midrashim and that’s what I taught after graduating.” Now 66, Maly was born and raised in Petah Tikva and later lived several years in the Golan, where she and husband David were active in the struggle to keep that territory in Israel. They eventually moved to Jerusalem’s Old City, to take part in another struggle – joining with the founders of the Ir David Foundation, which aims to renew and strengthen the Jewish community in the City of David, which is also part of the Silwan neighborhood where they still live.

A mother of seven and a grandmother, she began years ago to teach Bible studies, a subject in which she always intertwined with the realm of the arts into the Holy Scriptures. She studied art history at the Hebrew University of Jerusalem, and after completing her bachelor’s and master’s degrees, she hesitated on whether to continue on to earn a PhD in the field.

“My eldest son, Matania, suggested that instead of writing a thesis that very few people would read, I should write a book on that topic – that would spotlight the link I have always been drawing intuitively, between the Bible and the world of art. I took his advice; after all, he knew me better than anyone else. That’s how the project finally materialized into the two volumes of Art as a Commentary, in which I present the weekly Torah portion through the lens and commentary of art – whether it is my own interpretation or that of famous painters and sculptors of past centuries as well as contemporary artists – to illustrate these texts.” Maly says the artistic works revealed intriguing societal insights, some of which surprised even her.

“For example, I realized how little is known by the average Israeli about the Christian impact and influence on the arts and their outlook on the Holy Scriptures. The events related in the Bible play a prominent role in the Western-Christian tradition and in their artistic expression, and that was something I had to highlight.” Asked whether the Christian aspects of her book caused any reservation among religious students and readers of her work, Maly says that while that was something she expected, it didn’t happen.

“On the contrary, I found a genuine thirst and interest to know more. Surprisingly, the critics came from a totally unexpected direction – secular people, and aficionados of arts, for example, were suspicious of my project and my motives. They viewed it as a sly way to appropriate the treasuries of the Christian artistic world and impose a Jewish framework. Comments of this nature came from laymen as well as from scholars, and I must say I was unpleasantly surprised.” She stresses the importance of her approach.

“I think it introduces valuable aspects. We should educate our youth, young students, before university at preparatory classes, to understand and appreciate how important and influential these texts were and still are, and how they inspired such great artists throughout the ages in the Christian and Western world.” Maly’s two volumes explore artistic interpretations by the most famous masters of painting and sculpture of the weekly portions of the Five Books of Moses, each with a text written by Maly herself, blending multiple traditions of biblical interpretation from different periods, enhancing understanding and relevance. Maly recalls, for example, that while she was working on Parshat Ki Tavo (Deuteronomy 26:1–29:8), which includes a list of plagues and diseases that God would unleash if the people didn’t obey Him, she wasn’t yet aware humanity would face the pandemic afflicting us now, but a posteriori, she remembers it was a difficult moment to deal with.

As for the impact of the volumes, Maly says that many of her students told her she opened up a whole new world for them.

“It was the best reward for my extensive work. These young people acknowledged something new, and it happened through the link with our sacred texts. I couldn’t ask for more.”

Something else to celebrate besides Halloween--National Arts Month! 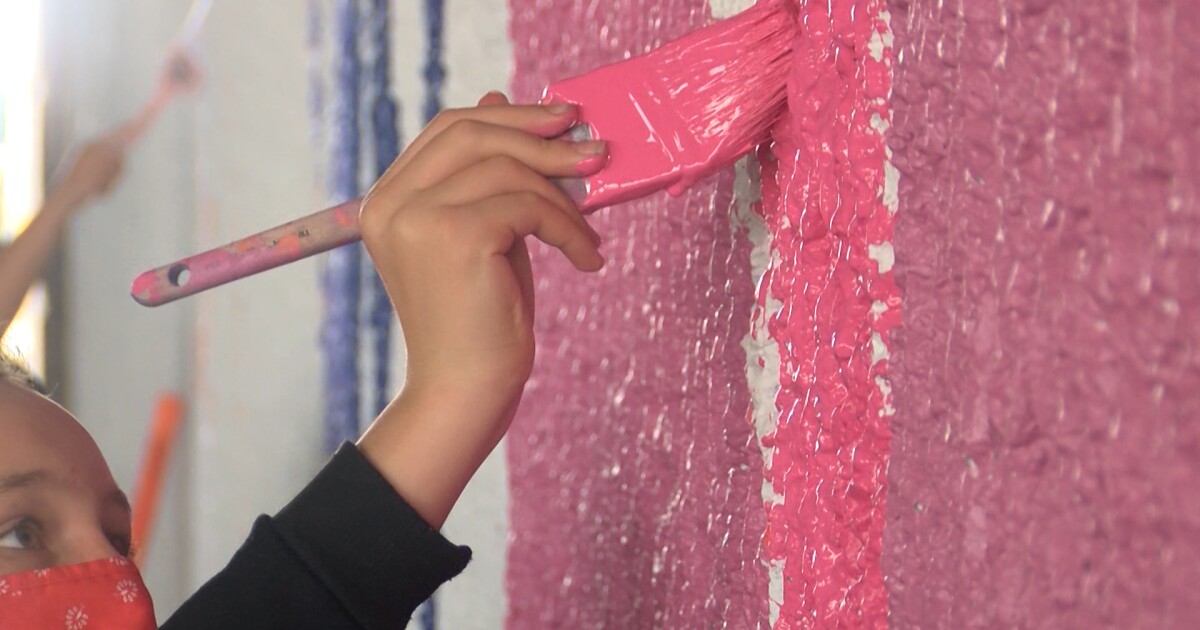