‘Art of Rally’ is available now on PC via Steam. Funselektor Labs 2020 is an unmitigated tire fire, and any opportunity to flee its asphyxiating grasp is a small mercy. In the future–if that concept becomes reality–we may look back on these 12 months as the “Year of Escapism”. Some […]

2020 is an unmitigated tire fire, and any opportunity to flee its asphyxiating grasp is a small mercy. In the future–if that concept becomes reality–we may look back on these 12 months as the “Year of Escapism”. Some of us decorated our homes. Others baked bread. Many hosted massive Zoom calls for a few weeks, until realizing they were often more dispiriting than avoiding them altogether.

Meanwhile, a very lucky group of people will look back on that time they absconded from the reality of 2020 by playing Art of Rally. It’s the very definition of an escapist’s dream.

It’s rare that a game’s title so succinctly captures its essence, but Art of Rally ticks every box. While it’s a perfectly capable rally racer, it goes so much further by delivering a unique, fun and absolutely stunning sojourn through the history of a racing championship that’s as colorful as its hazy, pastel palette.

Art of Rally makes all feelings of anxiety, sadness, or anger disappear in a matter of moments, even if you’re plowing your Audi Quattro into a Japanese cherry blossom, or rolling your Ford S200 over an Italian cliff. But then again, it’s hard not to adore a game when its developers’ passion and heart is so obvious.

Canadian developer Funselektor Labs combines a clear love of rally racing with meticulous research, a simple vision, and a top-down camera that’s idiosyncratic for its sub-genre. While you may initially expect the pick-up-and-playability of similar-looking titles like Mashed or Funselektor’s own Absolute Drift: Zen Edition, Art of Rally offers a surprisingly challenging experience that’s closer to simulation racers than you might initially think.

Under the hood of this game is a devilishly challenging experience, which stays true to both its source material and the racing genre. While it may not be a simulation in the classic sense, it’s no arcade racer; you have to have your wits about you if you’re going to get to grips with its mechanics, which change in line with the cars’ year-by-year evolutions.

The game follows rally history from 1967 to 1996, giving you access to one season for each year, encompassing everything from the Monte Carlo-winning Morris Mini Cooper S through to Colin McRae’s immortal Subaru Impreza WRX–with all those delightful Group B behemoths in between.

Not that any of these are licensed; while names like “Il Gorillona” (Lancia Delta HF Integrale) and “La Montaine” (Renault Alpine) are just as arty as the game, the cars’ designs and descriptions are enough to portray the majesty of genuine, historic machines, which go on to have their real-life personalities on the tracks themselves.

Courses have clearly been chosen with an eye for the spectacular. Sweeping Italian vistas are matched by tough, stone-lined forest trails of Germany, or the sheer beauty of Japan’s rolling hills. Stage designs are also quite true to life, even evoking the likes of modern WRC games from time to time with sharp, right-angle turns, hay-bale chicanes, and archway-marked jumps.

The art direction of the game means that one of the game’s strongest assets is its photo mode, which can turn even the least impressive corner of the most boring stage into an art book cover. It often feels more important than the game itself–I spent more time photographing than playing, though this may be to do with the mode’s confusing UI–but when the game is this beautiful, it becomes a core part of the experience.

Admittedly, Art of Rally’s in-race performance can occasionally take a hit. Screen tearing can be a real issue, especially with wider camera angles, which can be a real shame as it disconnects you from an otherwise hypnotizing experience. Some cars can also feel remarkably unbalanced around corners, especially with twitchy handbrakes, so you may find yourself regularly testing other available vehicles to better match your preferred driving style.

What’s more, controllers are a must. Playing Art of Rally with a keyboard is a mug’s game, not least due to the lack of delicate throttle and brake control, which is critical at higher difficulties. Lower difficulties pose almost no challenge whatsoever in single-player–the standard level will see you routinely beating AI by two minutes or more–but once you raise this bar, it provides a tough trial.

And yet, even if you don’t win a stage, it never feels like a failure. As you advance through the years, you uncover new machines with exciting histories, while the game coughs up more delightful tracks to test them on. Stages are short and usually sweet, making it the perfect game to dip in and out of. Controls are intuitive but challenging, giving you constant satisfaction of nailing a corner, even if you only do it once a race.

At its core, Art of Rally occupies a perfect middle ground. Rally nuts get a new, unique experience to add to a surprisingly busy market that seems to stick to a rigid formula. Meanwhile, newcomers to rally–or even racing as a whole–are given a creative, inspired and thoroughly enjoyable alternative to everything that may have dissuaded them from driving games in the past.

All in all, Funselektor Labs has absolutely smashed it. More of this, please–especially while 2020 is as bleak as it is right now. And please port it to consoles.

Disclaimer: I was provided with a copy of Art of Rally in exchange for a fair and honest review.

Fri Oct 2 , 2020
Topline New York City’s Guggenheim Museum was gifted the buzzy banana taped to a wall that was the talk of a 2019 Florida art fair according to the New York Times, in a show of support for the work’s artistic merit after the fruit drew fierce debate and derision, along […] 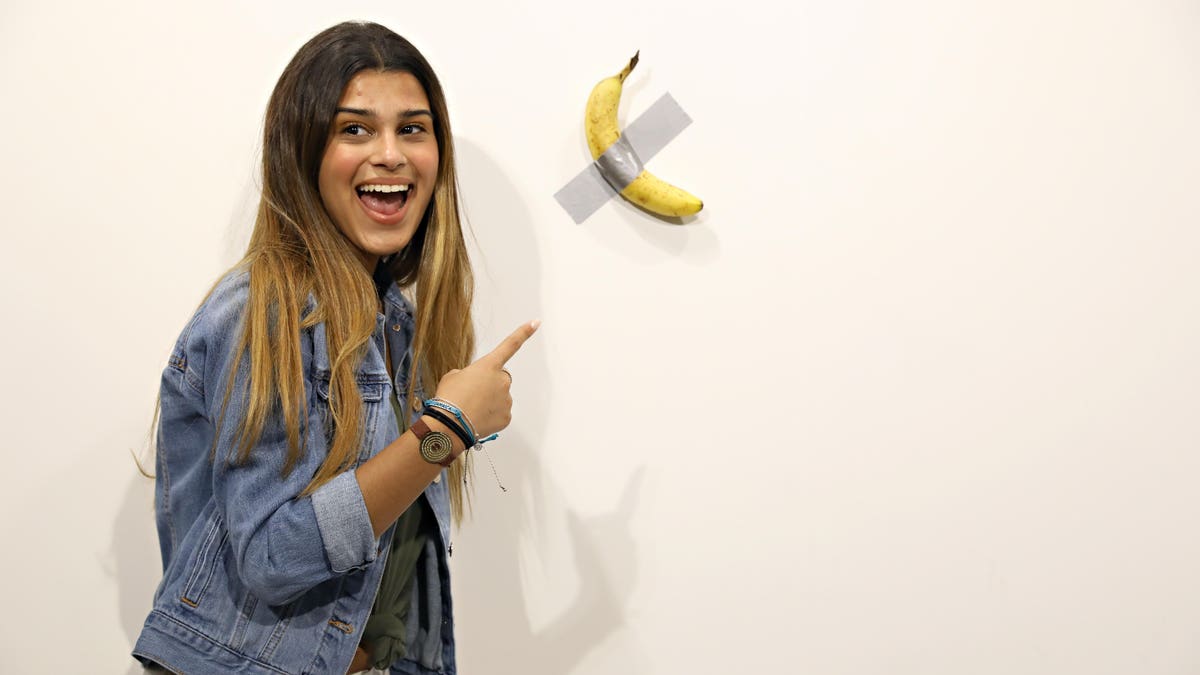