Art Zoom pairs Google Arts & Culture with stars such as Grimes, FKA twigs, Ellie Goulding, The 1975’s Matt Healy, J.Balvin, and Twice lead-singer Chaeyoung as they narrate you through some of the world’s most famous masterpieces. This is actually the second season of the Art Zoom series, which featured Pulp’s Jarvis Cocker, Feist, Maggie Rogers, Lolo Zouaï, and Girl in Red.

Using Google’s “gigapixel” ridiculously high-resolution robotic camera, you can zoom into selected artwork at a literal brushstroke-level, helping you uncover hidden details that you may never notice even when face-to-face with such masterpieces.

This second season of Art Zoom, sees your musical guides managing a world tour across art history starting from the European Renaissance with Bruegel’s daunting vision of hell to Botero’s modern Columbia and Youngkuk’s Korean mountains.

Journey through Renaissance Belgium with Grimes, who takes us on a lively exploration of Pieter Bruegel the Elder’s “The Fall of Rebel Angels” — an apocalyptic yet comic vision of monsters invading Earth as angels struggle to repel them.

If you want to get started you can head directly to g.co/ArtZoom or download the free Google Arts & Culture app for iOS and Android.

Thu Sep 24 , 2020
From the creator of Absolute Drift comes art of rally, a top-down racing game that heavy on style and it has great gameplay to back it up too. Here’s the thing: I don’t drive. Not in real life and any attempt at doing so seriously in games always comes with […] 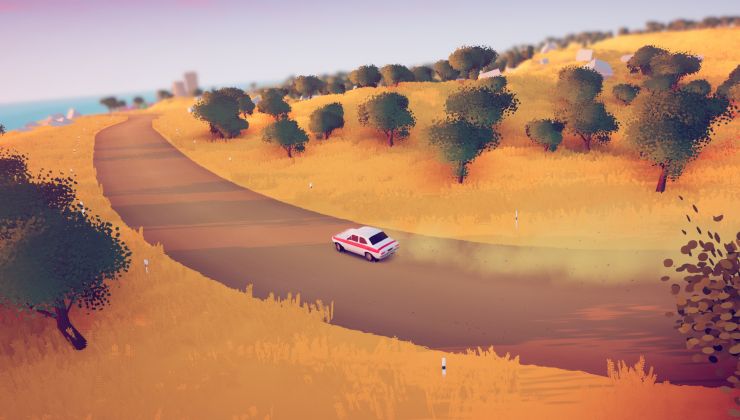