James McGinnis   | Bucks County Courier Times Art in a Time of Pandemic Poetry, painting, sculpture and song are emerging from one of the darkest periods in modern U.S. history. Fear and fury are the muses now, as a poet, painter, sculptor and musician seek to channel the collective pain of 2020. At […]

Fear and fury are the muses now, as a poet, painter, sculptor and musician seek to channel the collective pain of 2020.

Vocalist Anthony Green expects “the greatest music ever made” to emerge from one of the darkest periods in modern history.

This art will define a “new reality,” said painter Janet Filomeno. “Eventually, a transformation of self will occur, and that is going to help all of us to heal as a society, as a race. That’s going to be the turning point for beginning to heal for everyone.”

We don’t normally talk about art in times of crisis.

What is the point of art when so many are dying? How could an artist ever manage to capture all the events of 2020?

American poets, painters, sculptors and singers are now tackling these questions and producing works that will define our time.

‘Sucking my soul away’

Anthony Green is accustomed to the speed of sound — 767 miles per hour.

Now performing from home, his voice must carry through a digital cloud and then bounce off space satellites. This causes audio latency issues and only adds to the disconnect he feels with fellow musicians and fans.

“You’re playing a song and looking at a computer, and I feel like the blue light from the computer is sucking my soul away,” said the Northampton native and lead singer of the band Circa Survive.

The band was preparing a national tour to mark the 10-year anniversary of a favorite album, when the pandemic struck and forced everyone into lockdown.

In March, Green turned to his 189,000 Instagram followers with a request for poems, lyrics and chords. He posted under the hashtag #letsmakeasongtogether1.

“Historically, you can just see it as a pattern when people are going through trauma, there’s a percentage of people that will turn around and make incredible music,” Green added.

His first live performance is scheduled for Oct. 23 in the outdoor sculpture garden at the Michener Art Museum in Doylestown Borough. The event already is sold out.

“I don’t know how to describe my feelings about this show,” he said. “It’s going to feel like my first performance ever. The desire to create something, to communicate something, and come together in our grief and in our joy is eternal.”

Marguerita Hagan, of Philadelphia, wants you to fall in love with single-cell ocean organisms.

She shapes clay into microscopic creatures with huge names.

If you love them, Hagan believes you won’t kill them. These creatures seem alien, yet they play a role in Earth’s ecosystem as documented in her work “Interdependence,” part of the Michener’s exhibit “Rising Tides.”

Hagan said the pandemic forced her into a “creative cocoon.”  She spent months on a piece titled “The Beautiful Woman Has Come (Nefertiti).”

“Because of the closing down of everything, I had more time with it, and it became a very different piece,” Hagan said. Nefertiti captures the moment when female brain coral release eggs in a fertilization process called broadcasting.

Hagan’s other works — dozens of ceramic sea creatures — seem to climb the walls of the Michener museum. Behind them is a video projection of the planet Earth as filmed from space.

Hagan speaks of our planet in phases of birth and regeneration.

“We are going almost through a birth canal to a new time, and we don’t know what it’s going to look like yet because we’re still developing it,” said Hagan. “We’re in a very dark place and going through labor pains.”

While Hagan’s work points to an uncertain future, poet laureate Marie Kane remains committed to the past.

“Art often encapsulates the moment — it freezes a frame in time and the artist’s response to it,” Kane said. “It is a vital often visceral response to our lives.”

History has shaped her writing for decades.

Poem in hand, Kane traveled to New York City after the destruction of the World Trade Center on Sept. 11, 2001.

At the memorial, Kane discovered a wall of poems by other artists.

“There were thousands of poems,” she said. “I put mine there. I felt as though somehow I had contributed to the understanding of what happened.”

Yet in the early months of 2020, she did not write about the unfolding disaster of COVID-19.

Kane also turned to poetry when diagnosed with multiple sclerosis in 1991.

“While my MS poems don’t ‘fix’ my disease reality, they do help me understand its impact on my and my family’s lives,” Kane said.

“Writing of the pandemic will do the same; not cure or solve, but bring the new, the strange into familiar territory,” she continued. “Art makes us think, and can affect a viewer, listener, reader far longer than its immediate impact.”

Medical masks are part of the work for Janet Filomeno, who uses mica powders — mined minerals — to color her painting.

She pours and flings colors at a canvas on the floor of her New Hope art studio. Layers of acrylic paint, ink, charcoal, shellac and mica create dizzying compositions in red, white and blue.

Like Kane, Filomeno described a period when she and other artists felt unable to create anything. Art was the last thing on her mind in the early months of 2020.

“Most of my exhibition work has been in New York City,” she said. “What was happening in New York was so profound, and it’s the epicenter of contemporary art.

“We’re slowly coming back to create,” she continued. “We are accepting this new reality and asking the question: How are we going to move forward?”

Sat Oct 10 , 2020
Courtesy of Wussy mag When Wussy launched five years ago, as a “Southern + Queer” magazine centered on politics, art, and expression, there wasn’t another LGBTQ+ publication like it. And there hasn’t been one since. Radical and avant garde, Wussy is for those who don’t fit the mainstream LGBTQ+ media […] 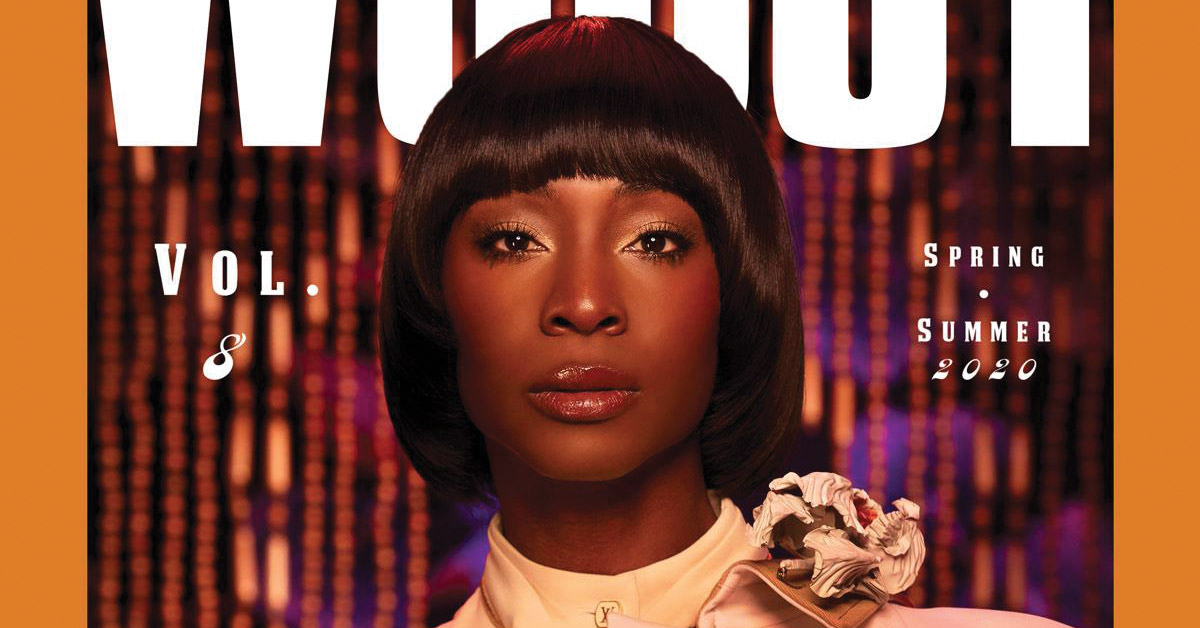