Good morning, and welcome to the U-T Arts & Culture Newsletter. I’m David L. Coddon, and here’s your guide to all things essential in San Diego’s arts and culture this week. “Welcome to the Barrio of Make Believe.” With that, Los Lobos welcomed from the Belly Up Tavern stage those […]

“Welcome to the Barrio of Make Believe.” With that, Los Lobos welcomed from the Belly Up Tavern stage those like me who’d paid $20 to stream a live performance from the Solana Beach venue. What we got was well worth the money: 80 minutes of the East L.A. band rocking and jamming in peak form.

I miss the Belly Up. I miss the connection with the musicians, the fraternity among the patrons, even that crazy shark suspended from the rafters. And frankly, I didn’t expect a streaming of a live, audience-less show to be much different than watching an episode of KPBS’ “Live at the Belly Up” series. You know, entertaining but not the same as being there.

But the recent Los Lobos concert, part of the Belly Up’s live-streaming programming, felt more like the real deal. “This is all strange,” a band member acknowledged early in the show, “but we miss you guys.” The feeling was mutual. You could tell by following the comments being typed in the live-chat to the right of the screen. Los Lobos fans from all over the country were Zoomed in, and one of them perhaps summed up the general sentiment best: “I could get used to Sundays this way,” the fan wrote. “Until we don’t have to anymore.”

I caught three of them, beginning with Argentinian playwright Francisco Mendoza’s “Machine Learning.” Readings of plays can be soulless as it is, and the added disconnect of Zoom doesn’t help, but this offering about a dying father, his computer-scientist son and a digital nurse named Arnold has enough promise to build on.

More interesting and unusual to me was Diana Burbano’s “Sapience,” a thoughtful story in which an autistic boy named AJ and an orangutan named Wookie (wondrously played by Liv Shine) are both being taught to verbally communicate. The multilayered “Sapience” is much more than a premise, however, delving into the complex realms of autism, mortality and love.

Yet Makasha Copeland’s “Extreme Makeover” was by far the best of the presentations I watched. For one thing, it’s a rare play that works almost perfectly for Zoom: You’ve got a Tejano family in 2007 making a home video audition tape for the ABC reality show “Extreme Makeover: Home Edition.” Both funny and heart-rending, “Extreme Makeover” didn’t even feel like a reading, so in-the-moment and committed was its cast. Marlene Montes as a widowed mother desperate for help to rebuild her family’s life and Catalina Maynard as a skeptical grandmother gave performances that transcended the forced distance of Zoom theater.

During a trip last year to New York City, I ventured off Broadway to The Tank on 36th Street. A multidisciplinary home for young artists, the Garment District theater space is a proving ground fueled by donations and lots of energy. Now billing itself as an “e-home for e-merging artists,” The Tank is soldiering on virtually. If you’ve got some time on Tuesday afternoons (at 1 p.m. Pacific time to be precise), give the free CyberTank Variety Show a chance. The half-hour- to hourlong episodes can be out there and more than a little Zoom-it-yourself, but there truly is variety in the programming. Artists also touch on important issues like gender and feminism in the weekly themed shows. In one viewing you might get poetry; in another, comedy; in another, live music. You get the picture.

Jim Gaffigan is my favorite standup comedian. I’ve seen him at Humphrey’s and at San Diego State’s open-air amphitheater and many times on Netflix. Until recently, Gaffigan’s been completely apolitical, but as you may have read or heard, he couldn’t hold back an anti-Trump rant. Sidelined like all standups are right now, Gaffigan is current for another, more expected, reason: His two-part “The Pale Tourist” comedy special on Amazon Prime. Gaffigan’s signature self-deprecation and “What’s that all about?” dumbfoundedness are on full display in these recorded gigs, Part 1 in Canada, Part 2 in Spain. The Canadian show is the considerably funnier of the two, with the guy who made Hot Pockets a punchline doing the same with our neighbors to the north’s donair and poutine “delicacies.”

The North Coast Repertory Theatre is now streaming its filming of Richard Hellesen’s play “Necessary Sacrifices,” about two meetings between Abraham Lincoln and Frederick Douglas. In next week’s Arts & Culture Newsletter, I’ll talk with director Peter Ellenstein and mini-review this West Coast premiere, which will be streamed (tickets $25) through Oct. 11.

Although San Diego’s organized design community is still developing, several institutions, key partners and designers have collaborated to launch the inaugural San Diego Design Week: a five- day series of talks, tours and workshops that is a citywide celebration of design at large. It kicked off Wednesday and continues through Sunday. It is presented by Mingei International Museum, which “over a year ago … took the lead in organizing the first-ever San Diego Design Week as an expression of its mission to celebrate human creativity from all cultures and eras.” Mingei also secured funding for the event through grants and corporate support. Read more about this event in a Union-Tribune story here.

For Labor Day weekend, the Union-Tribune’s arts staff — Michael James Rocha and George Varga — published a special report on unemployed behind-the-scenes arts workers. The project, called Faces of the Arts Shutdown: The Stagehands, told the stories of 10 arts workers who shared personal tales of what it’s like being unemployed during a pandemic. Take a look at all the stories here.

In an election year plagued by a cacophony of accusations and explanations, Disco Riot, a nonprofit that supports the dance community, is offering a creative, but non-verbal, public service announcement. To emphasize the importance of voting, the organization has gathered civic-minded movement artists to participate in nine weeks of online dance videos. Titled “Move American,” the series began Monday and continues on Mondays through Nov. 2. To read more about it, check out this Union-Tribune story.

Meanwhile, at California Ballet, new leadership changes were announced recently. Magda O’Neill has been named executive director, and Raul Salamanca has been appointed artistic director. O’Neill replaces Michael Andrew Currey, who led the company following the retirement of founding director Maxine Mahon in 2018. Currey stepped down from the position in April of last year. Read more about the changes here.

“Hanging Out with Anne Lamott”: Novelist, essayist, memoirist, public speaker and educator Anne Lamott notes that “Books, for me, are medicine.” Lamott’s nonfiction works are largely autobiographical and span such topics as alcoholism, relationships, single motherhood, depression, religion and personal growth. Weighty subjects to be sure, but always leavened with the author’s self-deprecating humor, openness and non-judgmental outlook. In a wide-ranging conversation with Point Loma Nazarene University’s Dean Nelson, Lamott discusses the challenges and satisfactions of discovering and nurturing one’s own “pure voice” whether writing about sorrow or joy. She also shares advice given to her writing students about structuring and refining their work.

“Got Stress? The Science of Measuring and Improving Meditation”: Promoted by celebrities and practiced daily by millions, meditation has become a popular method of dealing with stress. Derived from ancient Buddhist sources, with modern refinements, mediation seeks emotional awareness through body awareness, including autonomous functions like respiration. However, experts warn that it’s not a panacea, nor does every practitioner respond as desired or expected. UC San Francisco psychiatrist and researcher Helen Weng explores how we utilize the processes of meditation and how science measures outcomes, from internal practice to perceptible external change. The goal is a heightened perception that enables the practitioner to break harmful cycles of behavior.

“The Perfect Predator”: Epidemiologist Steffanie Strathdee and husband, psychologist Tom Patterson, were vacationing in Egypt when h came down with what appeared to be a severe case of food poisoning. His condition quickly deteriorated and he was eventually transferred to the UC San Diego Medical Center. As he slipped into a coma, Strathdee and a team of experts raced to discover a cure, stumbling upon bacteriophage, or phage, therapy, long abandoned following the invention of antibiotics. Patterson was treated and recovered. The couple’s saga is both a love story and a propulsive medical thriller, with valuable lessons for health researchers and physicians.

Sun Sep 27 , 2020
September 11, 2020 – Miami, FL – On 29 August 2020, Kotava Art arranged a gallery opening in Miami, Florida, and displayed various artists’ artwork. Art is an expression of our thoughts, feelings, emotions, intuitions, desires. Many argue that art cannot be defined in words. Art induces emotions, whether they […] 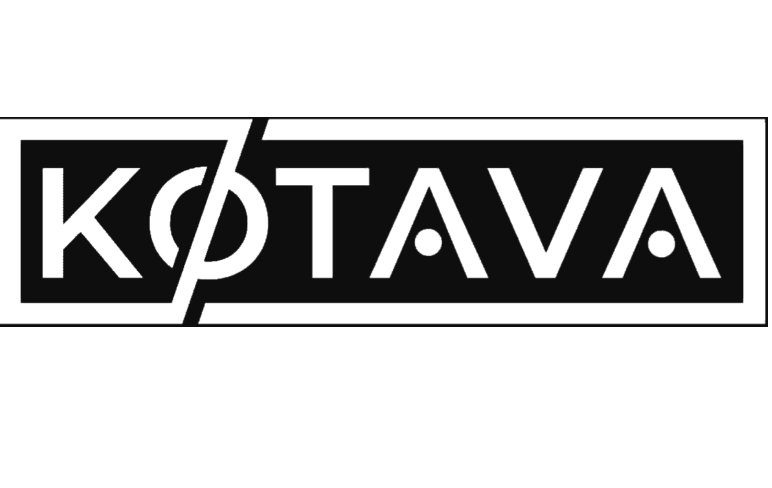