If you’re seeking a gift for that special someone, even if that special someone is you, you can’t go wrong with art. It’s both an investment in the aesthetic and an appreciation of whatever beauty your eye beholds. So here’s your chance: The Museum of Contemporary Art San Diego is taking online its biennial Art Auction 2020, originally planned for last May, with a two-week event that begins today.

A silent auction kicks things off and runs through Oct. 14. That’s the date for a live auction hosted by Sothebys’ Gary Metzner of works by many artists, including June Edmonds, Ruben Ortiz Torres and Kim MacConnel. (A bit more on this in a moment.) While the party atmosphere of a live auction will be missed, “Auctions have always had an online capability,” said Kathryn Kanjo, the museum’s David C. Copley director and CEO. “For the last couple of years we’ve allowed people the ability to bid online, which has been convenient for guests. People used this even when they were in the galleries.”

The auction is being hosted by the online art platform ARTSY.com. Sale prices, Kanjo said, will likely range from $500 up to as high as $50,000 per work. “That’s one of the things about contemporary art,” she said. “We have works by artists who are maybe early in their careers or who are local and don’t have a huge collecting audience, so there’s a difference in price point. But all of these (works) are vetted by the museum.”

Among the featured artists is the aforementioned abstract painter Edmonds, an MFA graduate of San Diego State. “She’s done a number of public works,” Kanjo said. “Very recently she’s turned to referencing flags painted with an unexpected dark palette that alludes to the U.S. flag. They’re moody and evocative.”

Were I to sing along to something (a pretty appalling thought), the comic operas of Gilbert and Sullivan would probably be the last thing on my list. But counting on me being in the minority, San Diego’s Bodhi Tree Concerts produced a quarantine-special community sing-a-long of Gilbert and Sullivan’s “H.M.S. Pinafore.” If you followed the instructions and sang along when “H.M.S. Pinafore” was performed virtually on Sept. 20, bravo. If you know all the lyrics and want to sing along now, here’s the recorded show. The Bodhi Tree production combines footage recorded in the La Jolla Community Center with a Zoom chorus. The integration isn’t always seamless, but the spirit is willing on all fronts. “H.M.S. Pinafore” doesn’t really float my boat, but it may yours.

On Monday night, the Athenaeum Music & Arts Library in La Jolla will stream the next in its virtual “Jazz at the Athenaeum” series. Featured will be three musicians familiar to San Diego audiences: pianist Mike Wofford, bassist Rob Thorsen and drummer Jim Plank. Pre-pandemic, the Athenaeum was my favorite venue in town to live jazz. Surrounded by books and with the musicians just a breath away, it’s an immersive experience. A virtual streaming can’t duplicate that, of course, but I absolutely did enjoy the Holly Hofmann/Joshua White show that opened the Athenaeum’s 31st season on Sept. 21. The closeups of the musicians during the performance were thoughtfully executed and timely, and the acoustics crisp even via my laptop computer. Put it this way: I turned off “Monday Night Football” to watch the concert.

I’m still celebrating the life and legacy of Justice Ruth Bader Ginsburg, and why not? The late Supreme Court justice changed America for the good during her 87 years and in ways that hopefully we will never take for granted. I’d already seen the 2018 documentary “RBG,” but somehow missed the theatrical feature “On the Basis of Sex” that starred Felicity Jones as Bader Ginsburg. An involving and enlightening film, “On the Basis of Sex,” directed by Mimi Leder, avoids cliché and over-sentimentality, dramatizing in the process the ferocity, commitment and profound intuition for justice that made RBG the woman and icon that she was. You can catch “On the Basis of Sex” on Amazon Prime Video.

“It Will be Chaos,” a documentary about the Mediterranean refugee crisis, today launches the 14th annual San Diego Italian Film Festival, which is being presented virtually. The theme of this year’s festival, appropriately, is activism.

Also beginning today is the GI Film Festival San Diego’s two-day Virtual Showcase. Its opening films for streaming: “The Rifleman’s Violin” and “RESCUE MEN: The Story of the Pea Island Lifesavers” at 5 p.m., and “No Greater Love” at 7 p.m. Screenings are hosted on the festival’s website. Read more about the film festival in this Union-Tribune story.

When Patricia Frischer founded the San Diego Art Prize in 2006, she saw it as a way to bring some much-needed attention to the local art scene. Since its founding, the award has always been awarded dually to two established artists, as well as to two emerging artists, and culminating in a joint exhibition of their works. That is, until this year. Looking to rejuvenate and even reinvent the prize, Frischer and local curator Chi Essary took the award back to the Turner Prize roots that initially inspired it, opting to simply nominate four local artists, with a committee eventually awarding the prize to one winner. But in a twist, the four women nominated said they would like to be honored as a group. Read more about it here.

“Eastward Bound: Home with Nathan East”: World-renowned bass player Nathan East, a 1978 UC San Diego alumnus with a B.A. in Music, has played with popular music artists in a dizzying array of styles and genres, from Stevie Wonder, Michael Jackson and Peter Gabriel to Chick Corea, Madonna, Beyoncé and Daft Punk. Since the 1980s, East has been a member of Eric Clapton’s studio and touring bands. A sought-after collaborator credited on over 2,000 recordings, he is one of the most-recorded bassists in music history. In this benefit concert, East returns to his San Diego roots to play with UC San Diego Music faculty and alumni.

“Sugar: The Unsweetened Truth & What We Can Do About It”: It comes as no surprise to anyone following the news that obesity and its attendant diseases, such as type 2 diabetes and nonalcoholic fatty liver disease, have reached epidemic proportions in America and globally. Sugar had also received much attention as a primary contributor to obesity and general ill health. UCSF’s Laura Schmidt explores common causes of obesity, with particular emphasis on sugar, and outlines solutions for stemming this “silent epidemic.” Schmidt notes that many of the lessons learned from efforts to reduce tobacco usage may be employed in this effort, citing UCSF’s successful Healthy Beverage Initiative as an example.

“The Insider’s Guide to the R/V Sally Ride”: Among her many other accomplishments, the late Sally Ride was the first American woman in space, a tireless science education advocate, and a professor at UC San Diego. Ride’s contributions were honored in 2016 when Scripps Institution of Oceanography named their newest ocean research vessel R/V Sally Ride. The ship is outfitted with the most advanced tools available to modern day maritime explorers, enabling them to better understand our planet and protect its environment. This program affords an insider’s look at what it takes to design, build, and run a leading-edge oceangoing vessel intended for integrated and interdisciplinary oceanographic research.

In this week’s edition of Arts in the Time of COVID, Pacific magazine editor Nina Garin talks about the Concerts in Your Car concert series in Del Mar, a new mural in Chicano Park and the San Diego Art Prize. Watch it here.

Art shows beckon us to visit in person this fall

Fri Oct 2 , 2020
The wide-ranging exhibit, open through Oct. 25, marks the 53d year that the Plymouth art show has been held in the historic town center. The show exhibits work in the media of drawing and pastel, oil and acrylic, watercolor, sculpture, mixed media, printmaking, fine crafts, and color and black and […] 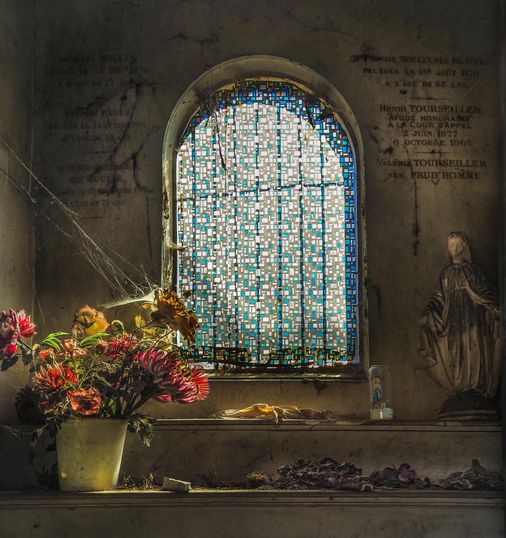