Guests are encouraged to shop local and support community bookseller partners-Dog Eared Books in San Francisco’s Castro District and Orinda Books in Orinda, CA-by purchasing a copy of the book before the event. These purchases include a signed copy of the book and special access to a video call with Chasten before the main event.

Throughout the past year, teacher Chasten Glezman Buttigieg has emerged on the national stage, having left his classroom in South Bend, Indiana, to travel cross-country in support of his husband, former mayor Pete Buttigieg, and Pete’s groundbreaking presidential campaign. Through Chasten’s joyful, witty social media posts, the public gained a behind-the-scenes look at his life with Pete on the trail-moments that might have ranged from the mundane to the surprising, but that were always heartfelt.

Chasten has overcome a multitude of obstacles to get here. In this moving, uplifting memoir, he recounts his journey to finding acceptance as a gay man. He recalls his upbringing in rural Michigan, where he knew he was different, where indeed he felt different from his father and brothers. He recounts his coming out and how he’s healed from revealing his secret to his family, friends, community, and the world. And he tells the story of meeting his boyfriend, whom he would marry and who would eventually become a major Democratic leader.

With unflinching honesty, unflappable courage, and great warmth, Chasten Buttigieg relays his experience of growing up in America and embracing his true self, while inspiring others to do the same.

In addition, Chasten Buttigieg will be recognized with San Francisco Gay Men’s Chorus’s “Inspiration Award” for his work in arts education and bringing the struggles of LGBTQ+ youth to the forefront at Fall Showcase on Saturday, October 17, 2020 at 6 p.m. PT. Kicking off Season 43, this exciting autumnal concert celebrates SFGMC’s 42nd birthday and will feature a mix of past performances, vignettes, and ensemble pieces. Guests will also experience the world premiere of “What Will We Hear?,” written by composer-lyricist Andrew Lippa (“I Am Harvey Milk”) and performed by Tony Award winner Kristin Chenoweth. This piece was conceived by Lippa following a conversation at a virtual SFGMC donor event held this past April in which community members were expressing their concerns over the uncertainty of future performances. While access is free, a suggested donation ($25-$50) is encouraged for Fall Showcase . To RSVP, visit www.sfgmc.org/season-43.

Wed Oct 14 , 2020
In the dining room, Eoos chairs ring a custom concrete table beneath a Rich Brilliant Willing pendant fixture. Photography by Donna Dotan. Each of the five boroughs contains a constellation of neighborhoods with their own cultural quirks and pervading personalities. In Cobble Hill, ethnically diverse mom-and-pop shops and traditional brownstones […] 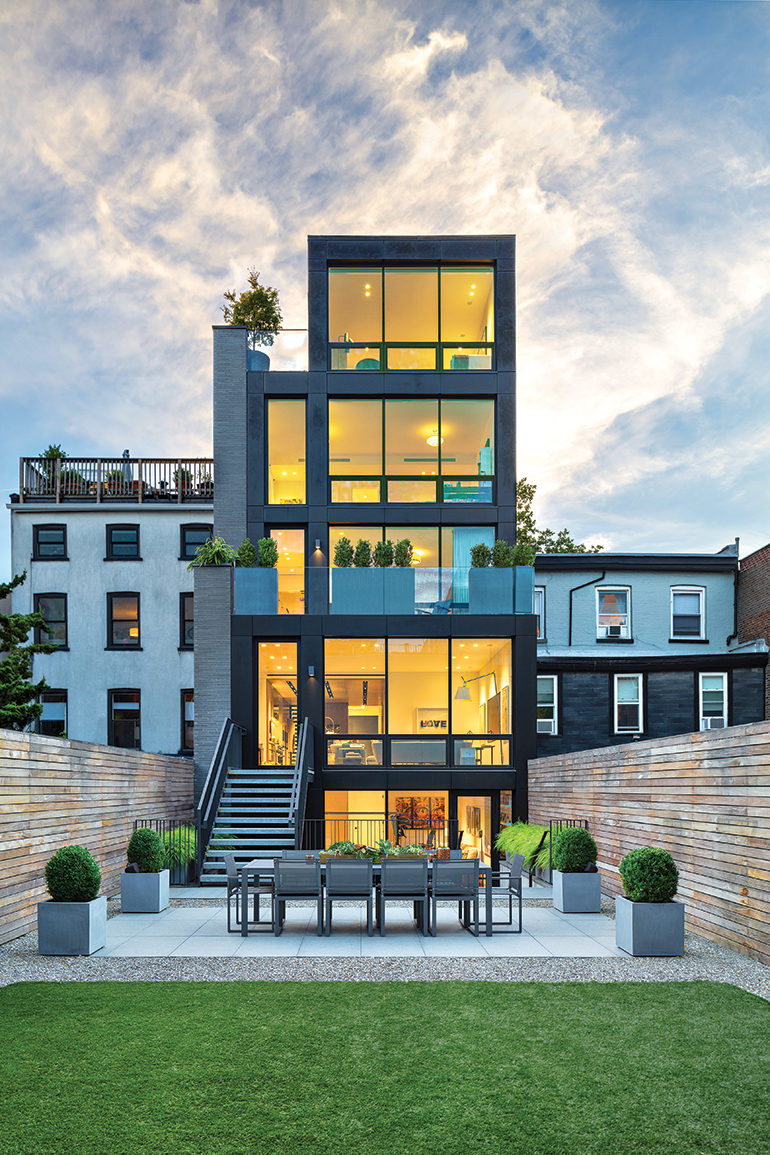