It’s been nearly eight years since State Fair icon Big Tex burst into flames from an electrical short in his right boot. The larger than life cowboy was quickly replaced, but the image of his Dickies uniform and 75-gallon hat engulfed in fire and smoke is one that will live […]

It’s been nearly eight years since State Fair icon Big Tex burst into flames from an electrical short in his right boot. The larger than life cowboy was quickly replaced, but the image of his Dickies uniform and 75-gallon hat engulfed in fire and smoke is one that will live forever in the minds of Dallasites. For one local artist who has depicted the character throughout his career, the burning Big Tex is the perfect symbol for the chaos and unrest of 2020.

Brian K. Jones’ latest show at Ro2 Art in the Cedars, …and it burns, burns, burns., is a commentary on the world as he currently sees it–up in flames. The 20 paintings came together over the past several weeks as Jones processed feelings of depression and anxiety about the pandemic, politics, and societal problems.

“I was just kind of puttering along and doing a Big Tex theme and thought, maybe I’ll do a skull face, so it’s not just Big Tex. I was struggling with it. The world’s just kind of on fire right now, and it’s really hard as an artist to selfishly go and make art while things are just falling to pieces around you,” says Jones. “You’re dealing with the depression of the pandemic–and that’s enough on your plate without anything else, but it doesn’t stop there. It’s still the politics, and we’re having one of our largest, most important civil rights movements happening right now. The world is crazy. It’s crazy.”

Jones started making paintings of Big Tex long before the 2012 fire. The artist uses the character as a vehicle for self-portraits, having been inspired by middle school bullies who gave him the nickname Bug Eyes and compared him to a ventriloquist dummy.

“Big Tex is just another one of those figures. You know, ‘you look like Big Tex.’ Well, that’s just about the most creepy mannequin I could look like,” he says through laughter.

Luckily, Jones has a good sense of humor and a penchant for horror. He started painting himself as Big Tex, and when the fire eventually happened, he said it was like watching an effigy of himself burning. He created animations of the fiery scene, compiling dozens of paintings to create a looped video.

The bizarre incident became a central theme of his work. His style was already unapologetically creepy, maybe even a little grotesque. When he was trying to figure out what to make this fall, he found himself gravitating back to Big Tex and relating the State Fair fire back to current events.

He started thinking about John Carpenter’s 1988 cult favorite, They Live, and that became the next inspiration. The film shows a world where aliens secretly rule over thoughtless herds of humans, who have been brainwashed by consumerism. (The movie also inspired artist Shepard Fairey’s ubiquitous “Obey” series.) Jones took the raw, muscley faces of the aliens as inspiration for the face of Big Tex, a monument to consumerism himself.

“Once I made it have that political, punk rock edge, it was so much easier for me to want to paint it in this time period when the world is burning. It motivated me and it gave me this call to action so to speak,” he says.

The result is a creepy, fascinating look at burning Big Tex from all angles. The images aren’t exactly pleasant, but like the actual Big Tex fire, it’s impossible to look away.

The show is on view at Ro2 Art in the Cedars through October 17.

Thu Sep 24 , 2020
Art fairs including Art Basel Miami may have been cancelled for the year due to COVID-19. But, that isn’t putting a stop to online art sales which have been increasing across the global gallery sector amid the health crisis. Now, a virtual platform dedicated to purveying digital and video art […] 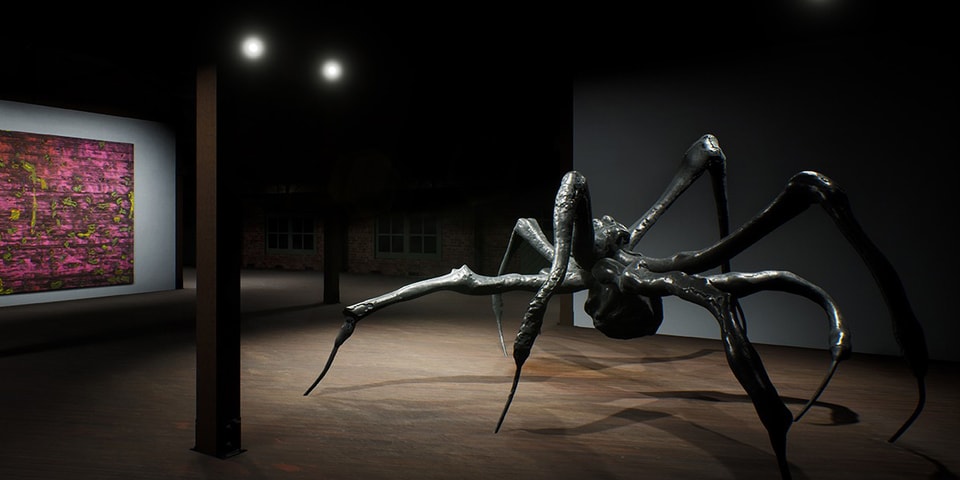