The next Biennale of Sydney will focus on the local and sustainable, says its newly appointed artistic director, Colombian curator José Roca. Roca, who co-founded and is artistic director of the arts space FLORA ars+natura in Bogota, will bring long-standing interests in the environment, community, and sustainability to the 23rd […]

The next Biennale of Sydney will focus on the local and sustainable, says its newly appointed artistic director, Colombian curator José Roca.

Roca, who co-founded and is artistic director of the arts space FLORA ars+natura in Bogota, will bring long-standing interests in the environment, community, and sustainability to the 23rd edition of the Biennale, Australia’s largest international art exhibition.

He says his iteration, scheduled for 2022, will probably “go beyond contemporary art” to include design, furniture, material culture and local voices “outside the realm of art”.

Roca will shape the Biennale collectively, with a group of curators drawn from some of its partner venues: the Art Gallery of NSW, the Museum of Contemporary Art, Artspace, and Information and Cultural Exchange (ICE) in Parramatta.

Speaking via Zoom from Bogota, which he says has experienced “almost total” lockdown since March, he says COVID-19 will profoundly affect his vision for the Biennale.

“I think the pandemic has made us think hard about what our priorities are,” he said.

But he says it has highlighted problems in the art world that were already apparent.

“Before COVID it was evident that this system was going to blow,” says Roca.

“We couldn’t be hopping from one continent to another, from one [art] fair to another — it’s just not sustainable, in environmental terms but also financial. I don’t know how galleries do it, or curators for that matter.”

“Art has a carbon footprint,” he says.

Roca knows this well: his 30-odd years in the art world have seen him zip from Bogota (where he was artistic director of the Museo de Arte del Banco de la Republica for 14 years) to Paris (where he worked at the Centre Pompidou) to New York (where he studied at the Whitney Museum of American Art) and London (where he was adjunct curator of Latin American art at The Tate from 2012-2015).

As a curator, his Biennale credentials include Brazil’s Sao Paulo Biennial (2006) and Mercosul Biennial (2011).

In Sydney, he will be looking closely at how to deliver a festival that has a smaller environmental footprint — starting with his own travel, which he says will be minimal.

Instead, he will rely on a “trusted network” of colleagues worldwide to help undertake research for the festival.

“Of course we don’t want a Zoom Biennial,” he says, pointing instead to a more “local” approach.

“We can start by working for [the local public], nurturing it, creating it, having a more sensible approach to exhibition-making in terms of processes, materials, local production or reproduction of works. And then when the exhibition ends, recycling, repurposing the components — even donating locally.”

His ‘thrifty’ approach will extend to the selection of artworks.

“We will shy away from choosing wonderful artists and then asking them to do a project for the Biennale. Instead we will identify projects that are already underway and then provide the opportunity for that [project] to materialise,” he said.

He plans to consult with outgoing artistic director Brook Andrew about works from this current Biennale of Sydney that “didn’t come to fruition, or could have gone further”.

Sydneysiders, historically partial to novelty and spectacle, need not worry, however.

Roca, who trained as an architect and started his art career as an exhibition designer, says he aims to make a Biennale that is “very beautiful and visually striking and stimulating”.

The announcement of Roca’s appointment was made on Wednesday, just days after the 22nd Biennale, titled NIRIN from the Wiradjuri language of artistic director Brook Andrew, dropped the curtain at two of its six exhibition sites: Cockatoo Island and the Museum of Contemporary Art.

Roca had been chosen for the post of incoming artistic director in March, as the world slammed the brakes on normal activities and started going into lockdown.

The announcement of the new AD was delayed.

“We were all trying to figure out if his exhibition would even [happen] in 2022,” says Biennale of Sydney CEO Barbara Moore.

This year’s Biennale was only open for 10 days in March before it was forced to shut because of state-wide venue closures.

It reopened in June following the lifting of government restrictions on cultural venues, but in the meantime had been forced to a quick digital pivot: moving the behemoth exhibition online for the first time in its 47-year history, with a mix of videos and 360-degree ‘virtual’ rooms.

“That was definitely a challenge,” says Moore.

“We learned a lot in a very short time.”

Asked whether the digital components of the festival will continue into the future, Moore conceded that the shift to digital was overdue.

“Frankly, a lot of arts organisations should have switched to a more digital focus years ago, because people are engaging with content in that way,” she says.

“But that doesn’t replace what that physical experience is.”

“If anything, COVID has reminded us of how art in various ways brings us together and keeps us connected and makes us feel good.”

The other big shift from this edition of the Biennale to the next is likely to be in funding; the CEO says she expects “a significant private sector reduction” over the next 18 months.

“The biggest challenge we have, looking at the next 18 months, is trying to avoid being fortune teller and figuring out how big this economic recession is really going to hit [us], and instead reconsolidate to be adaptable,” says Moore.

“[We need to figure out] what’s the core of what we’re going to provide? And then what can we expand, based on that? How much can we work with partners to genuinely find mutually agreeable outcomes?”

“It sounds really boring, but there are other arts organisations doing things that are really similar to the Biennale; can the Biennale be that moment that we do it really really well, all together?”

“Figuring out how those things work is a totally new way of working. It’s challenging — but I think it’s exciting. Because maybe we should have been doing this years ago.”

Sat Sep 26 , 2020
But the National Gallery had the support of its board of trustees, including Darren Walker, the president of the Ford Foundation, the philanthropic giant. Mr. Walker said in an email that if the museums had not taken a step back to rethink the exhibition, it would have appeared “tone deaf.” […] 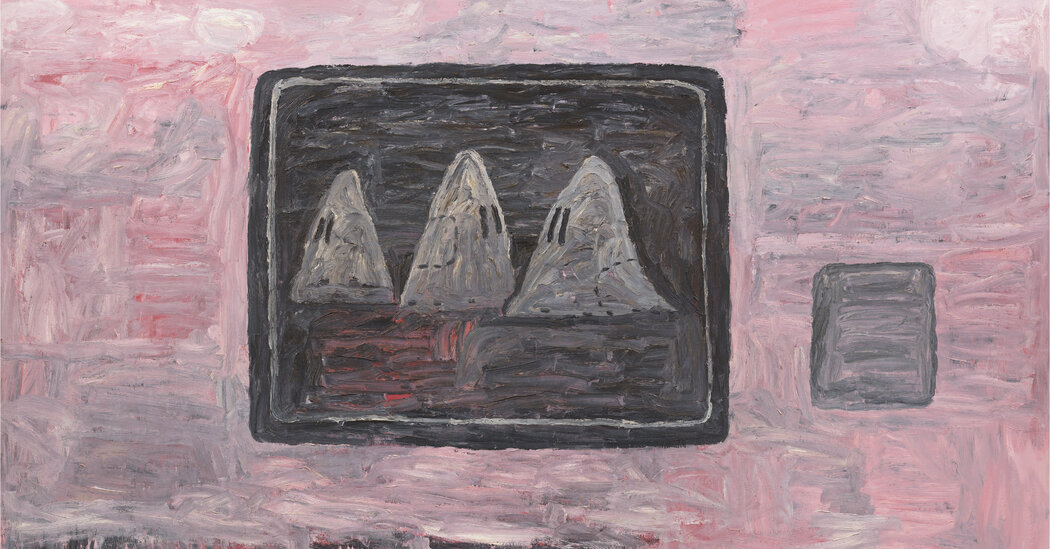