A vibrant art city seems to go dim on Black creatives. Gatekeeping, tokenism and lack of representation are just a few issues artists say they’ve faced. SACRAMENTO, Calif. — For such a diverse city, Sacramento seems to lack representation within its artist community. Double standards and appropriation along with tokenism […]

SACRAMENTO, Calif. — For such a diverse city, Sacramento seems to lack representation within its artist community. Double standards and appropriation along with tokenism and inequality are just a few concerns three Black creatives expressed.

“If a company is looking for a Black artist in Sacramento, they’re only going to choose one of us, then we all feel like we’re being excluded.” Brandon Gastinell, a digital visual artist explained. “This isn’t just a Sacramento issue. It’s an art world issue.”

Artist and owner of Taylor’d Mind Studios, Taylor Pannell was working on a mural for Downtown Sacramento Partnership when she spoke about her own, similar experiences within the city.

“From personal experience and speaking to my artist friends, it’s very hard for us, specifically in Sacramento, to get any work,” Pannell explained. “I don’t know if that’s based off of color, but that’s what it seems to be. A few years back, I was told that I wouldn’t be able to do murals like this because I draw Black faces.”

Gastinell and Pannells’ concerns were not unfounded. According to a study by The Public Library of Science in 2019, an estimated 85% of artists represented in US Museum Collections are white.

“They don’t want Black bodies in their galleries, in their museums,” said contemporary abstract artist Jupiter Lockett. “You go to Crocker [Art Museum], they have a Kehinde Wiley piece – that’s all I can think of.”

While Lockett has had several art exhibitions in Europe and all over the U.S., he had only been featured in two local galleries since moving to Sacramento in 2014. He said he was thinking about relocating to a more inclusive city.

“It makes me feel like I don’t matter,” Lockett explained. “Like my Black life does not matter out here in Sacramento.”

Faith McKinnie, community engagement coordinator at Crocker Art Museum and the founder of the Black Artists Fund said another barrier is the “gatekeepers” within the art world.

“Having conversations with curators, white curators, and just gallery owners and they can’t talk critically about Black work,” McKinnie explained. “Critique is important, and I find people can’t do that with Black artists. They don’t know how to engage with it and I feel that’s unfortunate.”

Past and recent killings of Black people by police and Black Lives Matter protests have sparked conversations of equity and inclusion in the last few months, which have led to many people, organizations, and companies to respond by sharing initiatives they plan on instating to uplift Black people and communities. McKinnie said while some might genuinely support Black people and creatives, most institutions have only caught on to an actionless trend.

“I think it’s very performative,” McKinnie explained. “Now there’s a stage, people are looking, like, ‘what are you going to do?’ They’re not ready.”

Also skeptical, Gastinell, who was one of the artists selected to create a mural for Wide Open Walls, saw the same support reach the art community.

“I think we’ll see the truth in some of these companies that are hiring Black artists,” Gastinell said. “Will they keep it up?”

In her own effort to elevate Black creatives and address another issue– inequity in arts funding, McKinnie founded Black Artists Fund. The donated funds are given to Black creators, from designers to muralists to musicians, through micro and small grants. McKinnie started the project with four other female creatives after she saw that a campaign was calling for Black artists to donate their services.

“It kind of was mind-boggling to me because these artists, they need support,” explained McKinnie. “They were asking Black artists to contribute for free, but I want to make sure we’re funding artists.”

Black Artists Fund raised more than $30,000 since June and has not only brought grants to 41 Black artists but has acted as a resource for companies and organizations to utilize when hiring.

“For those people who are like, ‘there are no Black artists in Sacramento,’ they can go to that link and say, ‘oh wow, there are 41 Black artists here,'” McKinnie explained. “And just start picking which makes me happy. A lot of projects have come from that so now Black artists are getting paid outside the fund, through commercial projects and collaborations with other artists.”

Lockett, Gastinell, and Pannell are among the artists who have received grants and are featured on the Black Artist Fund website.

“The reason I’m doing this mural today is because Black Artist Fund referred me to Downtown Sacramento Partnership,” Pannell said. “It’s the reason for a lot of connections, I feel elevated.”

While Black Artists Fund is a start, McKinnie says there’s more work to be done in Sacramento. She said she hopes to create critique programs for Black artists and also for the city’s public art to reflect its diversity.

“We have tons of murals, but when I think back, I don’t know of that many that are done by Black artists specifically or just artists of color,” McKinnie said. “I would love to see us just really represented in the richness of the city– the diversity just shown on the walls that we all live.”

Until then, Gastinell, Lockett, and Pannell look to challenge a historically unwelcoming industry and world by continuing to create art.

“Me and my art will make strides and change the world,” Pannell said. “Starting with painting murals in Downtown Sacramento.”

Thu Sep 24 , 2020
J Balvin, Grimes, FKA twigs, TWICE’s Chaeyoung, Ellie Goulding and The 1975’s Matty Healy lend their voices as narrators for the second installation of Google Arts & Culture’s Art Zoom series. Fans can embark on a different kind of tour with their favorite artists telling the stories behind the world’s most famous masterpieces. And […] 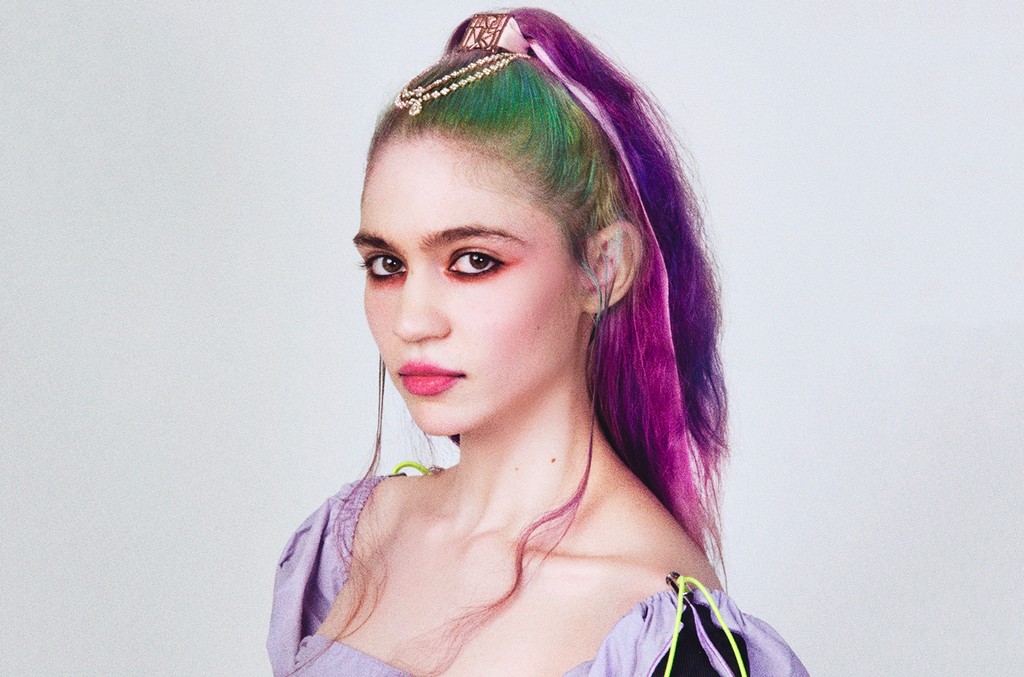