There’s an art to executing public art well. “(It’s) who we are as a community and what we aspire to be,” according to Elise DeMarzo, current public art program director for the city of Palo Alto. If public art is an orchestra, DeMarzo is the conductor. Thanks in part to […]

“(It’s) who we are as a community and what we aspire to be,” according to Elise DeMarzo, current public art program director for the city of Palo Alto. If public art is an orchestra, DeMarzo is the conductor. Thanks in part to her spirited efforts in recent years, new sculptures and murals have sprouted up all over Palo Alto.

Her influence shines brightest with a rotating series of temporary installations at City Hall’s King Plaza. You might recall the brilliant blue magnolia trees in 2018 or the more recent triangle-paneled pavilion. Its latest display presents the Bucolic Labyrinth, a winding design of artificial grass by Paz de la Calzada.

Implementing public art well, especially within the political context of the plaza, takes far more consideration than most of us could ever dream. To ensure respect from the community it serves, each piece in the series relies not only on the artist’s touch, but also on more than a few insider’s insights by DeMarzo.

DeMarzo has been activating public spaces through art since an internship with Arts for Transit back in the ’90s. Working with New York’s Metropolitan Transportation Authority to bring color to dim, gritty subways, she fell in love with the mission behind the work.

One pillar of public art she’s learned over the years?

“I think the most important thing when you’re planning public art is that it’s not stock art,” DeMarzo said. “You’re not choosing a sculpture to place in a space — because frequently that ends in controversy.”

To this end, she seeks a deeper understanding of an area’s nuances before searching out the creative mind who will mesh with the vision.

“You have to understand who is using this space,” DeMarzo explained. “If you’re working at a park, is there a 5 a.m. tai chi group who is here every morning? Is there peewee soccer? Are there bad behaviors taking place that maybe public art might be able to help alleviate?”

What happens when officials don’t pay attention to human needs? Look no further than the fiasco of “Tilted Arc,” a 120-foot long, 12-foot high slanted wall of rusted steel. The artist intentionally dropped this installation in the middle of a plaza in Manhattan, cutting off commuters from their scenic morning shortcut. Despite his intention to make the viewer “aware of himself and of his movement through the plaza,” over a thousand irate local workers petitioned for its removal the city relented.

So when it came to King Plaza and its prime location outside of Palo Alto’s City Hall, DeMarzo had to ask herself, “Who are the users? Who is working at that facility and what kind of things are important to them? What kind of mental state are people in as they enter that facility? What are they seeking? What are they looking for?”

Through public meetings and focus groups, DeMarzo takes into consideration the diverse perspectives of community members, artists, stakeholders, and architects.

“Those conversations tend to be really robust when you’re looking for the right (artist) for the job,” she said.

Additional care must be taken for a place as politically charged as City Hall. “That’s going to be a pretty weighty process to try and select one sculpture or mosaic visual that’s going to represent your city. That’s really challenging!” she said. That’s one good reason to opt for temporary installations instead.

Rotating artists collectively offers different insights, perspectives, and styles — all while addressing current issues. “The beauty of temporary public art is that you can take more chances … It stimulates an ongoing public conversation!”

All planning and theorizing aside, what’s that strategy look like in action?

The Dr. Seuss-like trees with their (environmentally safe) blue paint highlighted Palo Alto’s identity as a tree-loving community and brought awareness to deforestation. The Cache Me if You Can pavilion, with its triangle panels and images with different narratives of the site, celebrated a day in the life of the plaza and the diversity of its visitors.

But let’s focus on its most recent addition — the Bucolic Labyrinth — brought to life by de la Calzada. Crafted from repurposed astroturf from the local soccer field at Cubberley Community Center, it exhibits the beauty of transformation and new life.

Labyrinths have long been considered a metaphor for life’s journey and the process of metamorphosis, and de la Calzada hopes to give visitors an urban meditation environment for self-reflection during the stressful times of the pandemic. (She’s even recorded an accompanying meditation guide to listen to while walking it).

Though inspired by the ancient Cretan labyrinth, its design also takes into account the patterned ground of the plaza.

“I see my work more as a collaboration with this space or the stories that it carries,” de la Calzada explained. “I try to transform the relationship we have with the urban landscape.”

De la Calzada’s overall creative approach is also well-suited to public art. She described it as a desire to explore “how art can help heal relationships that are imbalanced, not only between people but between ourselves and the public space.”

So the next time you’re downtown, dare to see King Plaza’s widespread space through DeMarzo’s eyes — as one giant stage just waiting to be performed upon.

“Public art is a really powerful thing that can stimulate conversation in a way that artwork in a gallery doesn’t,” she said.

So walk the labyrinth before it departs in November, then prepare for the next “act.”

This article was originally published on TheSixFifty.com, a sister publication of Palo Alto Online, covering what to eat, see and do in Silicon Valley.

The city of Palo Alto Public Art Program is currently seeking Bay Area artists (artists from East Palo Alto and Palo Alto are particularly encouraged) to apply to design temporary artworks for the University Avenue and California Avenue districts. “This public art opportunity is a pilot project that invites artists to create works of art exploring themes of resiliency, empathy, healing, cultural diversity and vibrancy,” according to the city’s website. Eight selected artists or artists teams will be awarded $2,500 for their designs. Interested artists have until Oct. 9 to apply. More information is available at cityofpaloalto.org.

How Midland artist Desiree Hund found her inspiration and passion

Fri Sep 25 , 2020
Desiree Hund from Painted Love Arts is the artist behind this summer’s intricately detailed “Bee the Change” blockade art in Downtown Midland. Her path into an artistic career was a bit winding, coming after a serious back injury. “Back in 2014, I was working as a nurse doing dialysis work […] 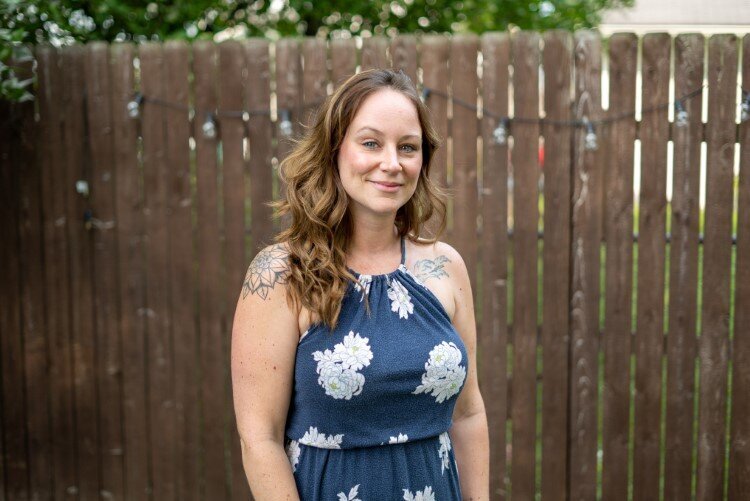