I would expect that collectors like the variety, for sure. And I think, as far as what would be the most collectible or the most valuable would definitely be along the lines of card Number One, for example, because it’s card Number One. Or series that I’ve done that are […]

I would expect that collectors like the variety, for sure. And I think, as far as what would be the most collectible or the most valuable would definitely be along the lines of card Number One, for example, because it’s card Number One. Or series that I’ve done that are super limited. Some of the production runs we do are a decent size that makes sense, some of them are just rare, just small, just because of certain circumstances. The thing about doing these trading cards is that there’s a lot of technical things that we need to live within inside of. There’s limitations in terms of the paper we can use or how much we can get of it. There’s all sorts of limitations. Vendors we rely on go out of business so we’ve got to use someone else, or there’s always something we’re dealing with. We’re dealing with old printing presses, and so there’s limitations in terms of kiss cutting and all that sort of stuff. There’s all these things that you don’t normally… For me, I actually don’t really have to deal with it. I make a lot of things and most things are just how they are, but these ones we really need to live with inside of these constraints that we just can’t do anything about. So some things do become rare just because we just didn’t make that many of them, or where we sold them and there’s just not much in the archive.

So it’s like collectors want, “Oh, do you have this thing?” And it’s like maybe, or not, or I just don’t have that many of them. And so I think for me, it’s about the authenticity of it. It isn’t like this manufactured scarcity. “Oh, let’s just make 10 and then it’ll be impossible to get.” I never want to do something like that. Yeah, we’ll do rare things, but it has to be reasonably attainable. If it’s a one-off sketch card, well, that’s just what it is. The golden tickets, there’s only three of them, so that’s just what it is. But other things, the error cards, well, each one’s different. You can’t really get a complete set of errors, that’s just not possible. So some stuff is just rare, that’s just what it is, and some stuff is reasonable to collect. And I think having that variety is what makes it interesting.

There’s an irony there because you mentioned manufactured scarcity. That is something that we’ve seen where companies only release a certain number of things, or there seems to be a variant that’s put out there. But, really, the origin of that scarcity as a collector is that people used these toys, people collected these cards, and they were damaged or they went away. Or some of us put the stickers on notebooks, there was an authentic scarcity. So even this Melty Misfits vintage style pack actually replicates the original scarcity of collectibles, which is just ironic, it seems like.

Well, as far as the wax packs go, all those machines that the trading card companies used to do the wax packs back in ‘80s have all been destroyed. So you can’t even find one of those, you can’t even put one together with spare parts. They just don’t exist. And so my partner, Tom, he built his own waxing machine and he’s the only guy still in the world that does these old-school wax packs. And so they’re printed, they’re waxed, and then each one is folded and sealed by hand one at a time, in America.

It’s a very labor intensive thing. Tom has been doing this for a while. I’ve been working with Tom for eight years, that’s how many years we’ve been doing Melty Misfits for, but he’s not going to be doing it forever. It’s all a moment in time kind of thing. We’re working on stuff, we’ve been working on stuff, we’ll work on some more stuff at some point. But there will be a time where it just won’t be feasible, so just like the history where trading cards has moved away from that, we’ll eventually just have to move away. Or stop doing it because nothing’s sustainable, which really gets back to the whole metaphor of ice cream in the first place.

Wed Oct 7 , 2020
TORONTO, Oct. 6, 2020 /PRNewswire/ — On Oct. 28 – Nov. 8, 2020, for the first time in its 21 years, the fair will showcase virtual and in-person installations and programming across the country. Traditionally occupying a single location, Art Toronto will take place online and nationwide in art galleries across Canada. […] 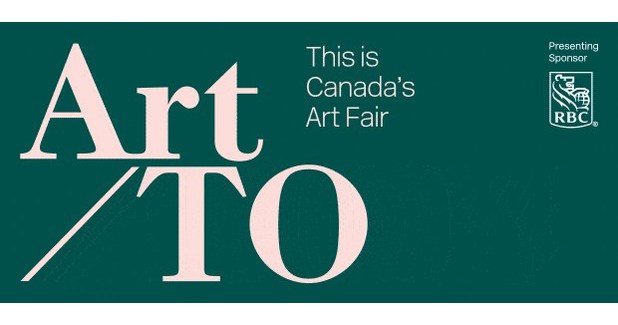