Provincetown artist Jay Critchley will create a walk-in-size scale model of the White House as a pre-election Commercial Street art installation commenting on race and the politicization of the presidential residence.

Critchley is seeking writers, performers, poets and volunteers to participate in daily activities at the giant sculpture, which will be open for visitors Oct. 16-25 under a patio awning at Bubala’s by the Bay restaurant.

The piece will be called “The Whiteness House — tarred and feathered,” which Critchley said “examines race and the politicization of The White House and all of government at a culturally and politically tumultuous time.” The title refers to a form of public humiliation and criticism that Critchley says was typically a type of “mob vengeance.”

“Our nation’s home has taken on an ominous presence with a white president who has defined much of his Presidency based on color,” Critchley said in announcing the display. “How white is a Whiteness House after a Black President? How does a white house express its whiteness?” The question being asked by the title: “Who is being tarred and feathered – We the American people, owners of the home, or the present tenant? Or, is someone else doing the tarring and feathering?”

The sculpture will be open to the public starting at noon each day with a community bell-ringing. Visitors will sign up, two at a time, for 15-minute time slots, with one person inside at a time. Masks and social distancing will be required.

Critchley first designed and created the sculpture at the Santa Fe Art Institute in New Mexico in 2017 in response to the 2016 presidential election, and now the artist says he wants “to continue a community dialogue” before the Nov. 3 election.

An architectural model for the piece will be on display at the AMP Gallery (432 Commercial St.), which represents Critchley.

The Provincetown CabaretFest will celebrate its 20th anniversary Wednesday through Sunday with classes, workshops and six live cabaret shows.

While the small, socially distanced concerts in person are sold out, all six will be live-streamed on the festival’s Facebook page Friday and Saturday so audiences anywhere can participate. Performing will be Boston’s Joe Della Penna, John O’Neil, Nicolas King (jazz performer at Birdland NYC and opening act for Liza Minnelli), Angela Bacari (vocal coach to Minnelli and King’s grandmother), Sidney Myer, Michael McAssey and CabaretFest founder/producer Patricia Fitzpatrick.

Myer, a New York City cabaret club manager and performer at Don’t Tell Mama’s, will receive the Lifetime Achievement Award on Saturday. The gala and performances will be live-streamed at 8 p.m. Saturday on the festival’s Facebook page.

O’Neil, a Boston entertainment coach and performer, will emcee a variety show of professional entertainers and master-class graduates that will be live-streamed at 7 p.m. Friday.

After a successful nine summer weeks of Digital CLOC, the College Light Opera Company has started producing off-season virtual programming, too, available on its Facebook page.

That begins at 7 p.m. Friday with an “Off the CLOC” episode featuring executive director Mark Pearson interviewing composer/lyricist/music director Georgia Stitt. A CLOC alum, Stitt has released multiple studio albums of her own work, written her own musicals, assistant-conducted both Broadway and Off-Broadway productions, and founded Maestra, a non-profit that supports women who make music in the musical theater industry.

At 7 p.m. Oct. 23, CLOC alum Haley Swindal will give a virtual concert and talk about her career with Pearson for the “CLOC-Tails” series. Her credits include the most recent Broadway revival of “Jekyll & Hyde” and as Matron Mama Morton in Broadway’s “Chicago.” Join Haley and Mark for a night of stories and songs.

All 81 summer episodes of Digital CLOC, produced by dozens of students and staff, are available at collegelightoperacompany.org and the company’s YouTube and Facebook pages.

Next stars announced for Rudetsky concerts

The “concert and conversation” series with Sirius XM star Seth Rudetsky offers live online programs at 8 p.m. Sundays, with rebroadcasts at 3 p.m. Mondays. The format is based on one started by Rudetsky and producer Mark Cortale in Provincetown, with this year’s local summer line-up canceled due to COVID-19 concerns.

Mon Sep 28 , 2020
RICHMOND, Va. (WRIC) — The Virginia Museum of History & Culture has announced it will begin its renovation and expansion project in October. The VMHC will be investing almost $30 million into its campus and programming for this project “In nearly 18 months of construction, the VMHC will be fundamentally […] 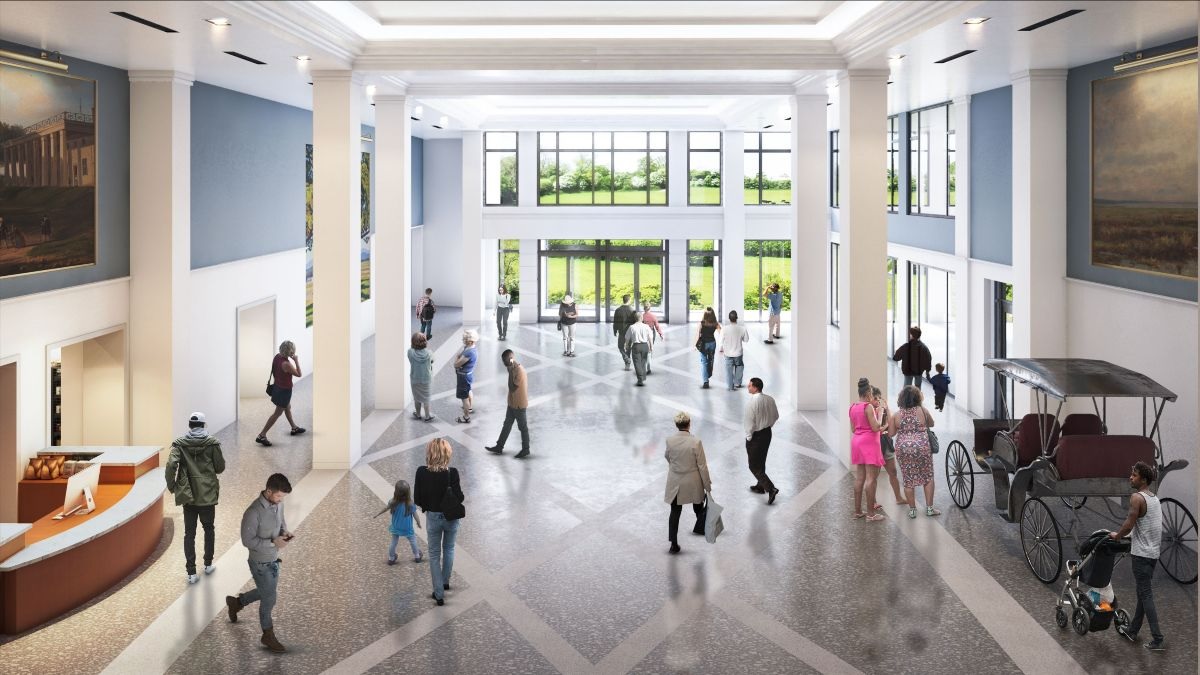