Abigail has the most punishable Critical Art in Street Fighter 5: Champion Edition. At a whopping -95 on block, players are capable of doing a whole lot before he is recovered and able to block again. […] 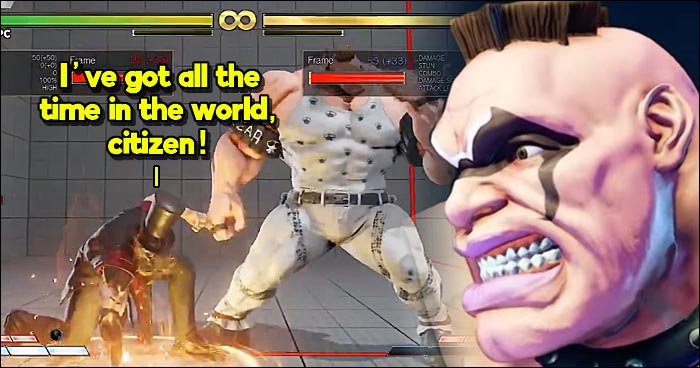 Abigail has the most punishable Critical Art in Street Fighter 5: Champion Edition. At a whopping -95 on block, players are capable of doing a whole lot before he is recovered and able to block again.


It’s easy to fall into the trap of simply going for a quick punish when you block a super due to not knowing how much recovery the opponent actually has. As MonkUnit reminds us, though, you don’t have to worry about that against Abigail as every character has enough time for a full jump-in punish, and some characters have time for way more than simply that.


As seen in the demonstration, some characters such as G are given ample time to pull off important things before Abigail fully recovers. G can power up his presidentiality, walk forward, then hit back + HP for a full level 2 combo, giving him a better meterless punish than he’d get with a simple jump-in at level 1.

Vega, on the other hand, has enough time to dash forward, back, then forward again and still get a neutral jump punish. Why would you want to ever do that? Just because you can.

Poison is capable of building more meter by whiffing her heavy whip slash, and E. Honda can back dash, teabag for a little bit, then jump forward for a full combo. It’s a good thing to remember that you basically have carte blanche to pretty much do whatever you want after you block Abigail’s Critical Art, which comes in handy considering his tremendous life bar.

There are even more useful applications for this strategy in Bafael’s video from a few years back that you might consider checking out.

If you find yourself struggling when fighting Abigail, this is yet another solid reminder and good tool for your tool belt.