My friends were worried about me. They know that my husband Ken and I normally (Ha! What is normal?) go out nearly every night to a play, a poetry reading, a ballet, a music event, a museum and so on. Since the pandemic, how are the Kranzbergs adjusting to the […]

My friends were worried about me. They know that my husband Ken and I normally (Ha! What is normal?) go out nearly every night to a play, a poetry reading, a ballet, a music event, a museum and so on. Since the pandemic, how are the Kranzbergs adjusting to the new normal?

Well, my friends, we are just as crazy, not nearly as happy, with what’s going on in the world, but just as frustrated as usual with the wealth of offerings in the arts. All of our local arts organizations and venues are bending over backwards to provide arts aficionados with alternative ways of enjoying the arts in all their diversity. We constantly have to choose which virtual production to watch or listen to locally and nationally.

I’m going to list just a few of the wonderful webinars, Zoom productions and videos I’ve been indulging in. I’ll start with the wonderful book reviews that the always insightful Left Bank Books has provided.

One of my favorites was a review of Vivian Gibson’s “The Last Children of Mill Creek,” in which she writes lovingly of growing up in a St. Louis neighborhood that is no more. Left Bank Books will even deliver books curbside.

The St. Louis Symphony is continuing to rebroadcast concerts on St. Louis Public Radio, and I particularly loved the cocktail hour featuring conductor laureate, Leonard Slatkin and basoonist Felicia Foland who discussed a Rachmaninoff concert before it was aired.

And I loved Opera Theatre’s live-streamed digital festival and special features, such as Tent Talks, an online series featuring acclaimed singers, musicians and creatives from the operatic world. The discussion with Terence Blanchard, the Grammy award-winning musician and acclaimed composer of “Champion” and “Fire Shut Up in My Bones,” took my mind far from those crazy summer days.

The Metropolitan Museum of Art in New York had a wonderful series of Webinars called “Curator’s Cut.” One of the episodes featured David Pullins, associate curator of European paintings, speaking about Diego Velázquez’s “Portrait of Juan de Pareja.” Pareja spent more than two decades of enslaved service in the Velázquez household before pioneering his own independent career as a freedman painter in the 1660’s.

The St. Louis Art Museum featured virtually a work of art from the museum’s collection on a daily basis. Each work would be seen with a concise description on my membership e-mail. What a great way to begin each day!

The Repertory Theatre of St. Louis featured the play “The Cake,” which I thoroughly enjoyed watching. It was quite an experience being up close to the actors and watching it on my computer.

Contemporary Art Museum St. Louis (CAM) had an evening Zoom session for members, “Cocktails with the Curators,” in which the curators spoke about current exhibitions.

“Jacob’s Pillow” is a dance center, school and performing arts center in Becket, Massachusetts, and I watched a couple of ballets online as well as “The Men Who Danced: The Story of Ted Shawn’s Male Dancers,1933-1940,” a documentary by Ron Honsa that tells of the founding of “Jacob’s Pillow.”

Palm Springs, California has a short film festival every summer and sent many videos of the films that were chosen and indeed many were very short and many were wonderful. The selections were shared digitally in their” The Best of the Fest” program.

The Muny’s series,”Muny Magic,” presented great songs by great artists online. This was a very enjoyable way to sit back and relax, as if I haven’t relaxed enough.

Of course, Laumeier Sculpture Park has been open for most of the Pandemic, so we were able to take great walks while enjoying the sculptures. We also enjoyed the reopening of the Missouri Botanical Garden.

Now we are at a stage when art and cultural venues are beginning to reopen with very well monitored procedures are in place.

The Sheldon Concert Hall and Art Galleries had a very well attended third annual “Golf the Galleries” installation, where guests played miniature golf in the galleries. The installation was designed by St. Louis artists and architects.

Chris Hansen, director of the Kranzberg Arts Foundation, says, “We are taking a phased approach to reopening our venues and workspaces, following the guidance of public health and government officials. Our Phase One strategy is to reopen our workspaces, appointment-only gallery visits and outdoor venues for culinary and concert experiences.”

We attended a concert put on by the Kranzberg Arts Foundation called “Backyard Jazz BBQ” in a tent outside the Grandel Theatre. The tables were at least six feet apart and everyone was masked until they ate or drank. When St. Louis jazz great Ptah Williams began to play, the tears started flowing down my face and wouldn’t stop.

There’s no real alternative to live arts in person. All my senses were stimulated, and I can’t wait until this menacing virus makes its exit.

Nancy Kranzberg has been involved in the arts community for some thirty years on numerous arts related boards.

Sat Oct 3 , 2020
The temperature had dropped to the low 40s, the lights were getting dim and all of the other matches had been completed, but Austin senior Chloe Schmitt wasn’t ready to go home yet. Although the Packers lost to Northfield 4-3 in the regular season final at Paulson Courts Friday, Schmitt […] 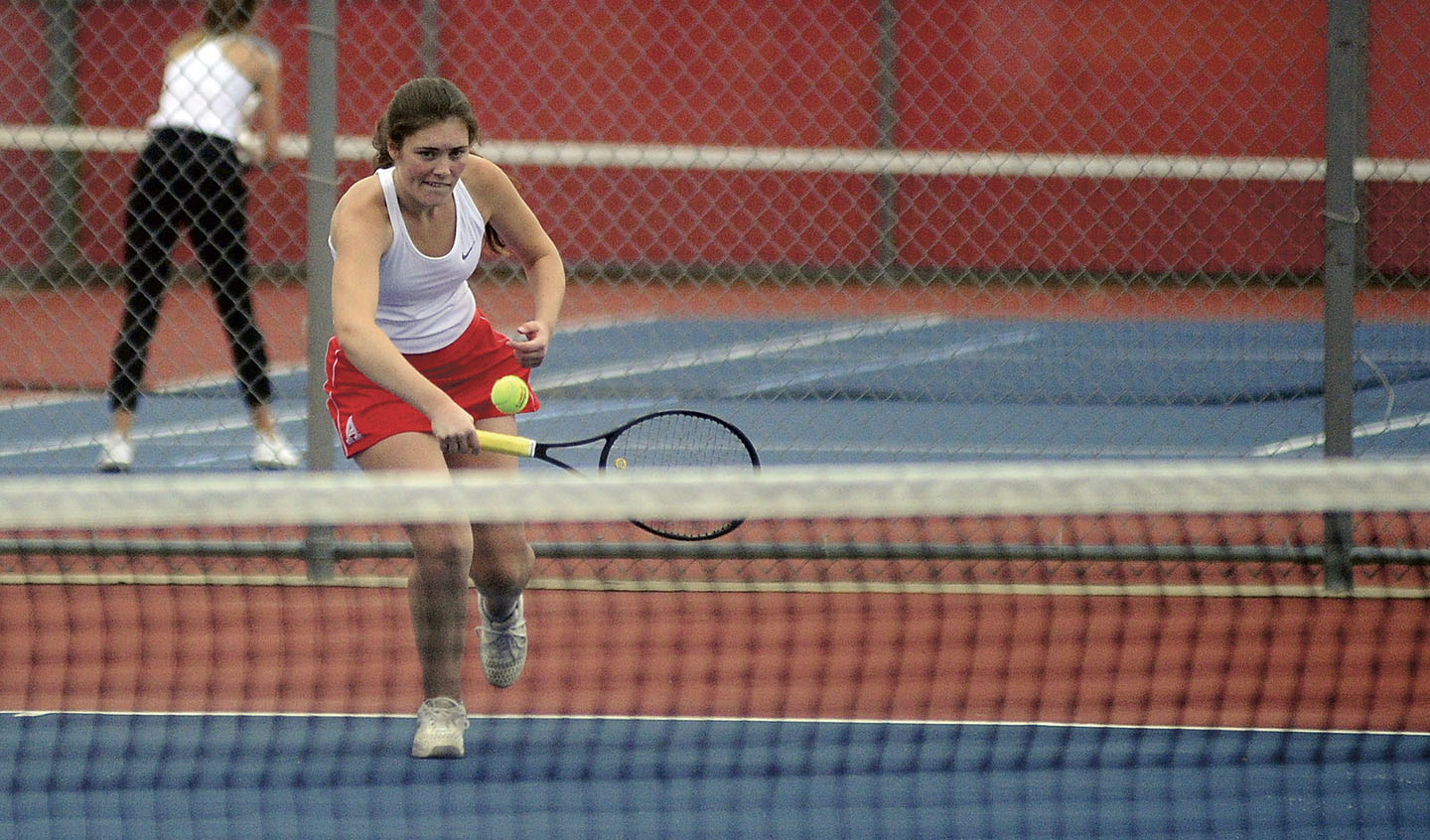