The Federal Reserve has lowered interest rates over the past few months. Here’s how their actions affect you.

We can’t let this infrastructure fall apart. Arts, culture, design and entertainment are not luxuries. They power innovation and economic growth.

The outdoor stages are silent. There are no art fairs or gallery walks, no concerts in the parks. The COVID-19 pandemic has decimated arts and culture in America, wiping out as many as half of all jobs for performing artists and musicians, and nearly a third of jobs for all those who work in the creative economy broadly spanning arts, music, theater, design, entertainment and media, according a study we did for the Brookings Institution.

From April through July, about 2.7 million jobs and $150 billion in revenue were lost. As the crisis took hold this spring, the average income of American artists and creatives plummeted to just about $14,000 a year.

While Broadway’s darkened marquees stand as the most prominent symbol of the crisis, the damage is being felt across the nation. Atlanta, Austin, Las Vegas, Nashville, New Orleans and Orlando lost an even greater share of their arts and culture jobs than New York City did. Smaller states like Alaska, Hawaii, Louisiana, Nevada and New Mexico have lost greater shares of cultural jobs and revenue than New York or California, according to our research.

The Metropolitan Museum of Art, New York City’s biggest art museum, opened to visitors on Thursday for the first time since the pandemic hit the city. (August 27)

As brutal as the losses are in jobs and dollars, the longer-run costs to society are even more devastating. Far too many of the nation’s more than 100,000 community theaters, art galleries, music venues, performance spaces and arts organizations of all sorts have closed their doors already; many more will likely shutter before the crisis ends. These are the places where children hear our common stories, mount stages themselves, sing in choruses, learn to play musical instruments and to draw and paint. And their loss will fall heaviest on our least advantaged.

We must do everything in our power to save arts and culture from this deepening crisis. What’s needed is a massive infusion of capital. In the United Kingdom, Prime Minister Boris Johnson’s Conservative government just appropriated about $2 billion in direct emergency aid for the arts. The original CARES legislation contained a paltry $40 million for artists and creatives who are paid wages, but none of it went to the many artists who live off of royalties and gigs.

An equivalent outlay, adjusted for America’s size, would be about $15 billion. Unfortunately, we cannot depend on the Trump administration and our polarized Congress to take this essential step.

Should Democrats Joe Biden and Kamala Harris win the White House this fall, saving America’s arts and creative sector must be a top priority of their economic recovery strategy. The importance of the arts was underlined at the virtual political convention in which they were nominated. It was moderated by actors, motivated by musicians and animated by visual artists.

Our take on Leaders of Change: A mayor, a filmmaker, a Navajo Nation president

Hopefully, they will put together a modern-day version of the Works Progress Administration initiatives from the Great Depression, like the Federal Art Project, which subsidized artists like Dorothea Lange, Jackson Pollock and Jacob Lawrence; the Federal Writers’ Project, which supported authors like John Steinbeck, Ralph Ellison, Richard Wright and Zora Neale Hurston; and the Federal Music Project, which not only supported professional musicians but also documented America’s indigenous music, from blues and work songs to folk, bluegrass and more.

But we cannot sit on our hands while we wait for a change of administration in Washington. There are steps we can take right now.

Just as governors and mayors have taken the lead in battling the virus, local actors are launching initiatives of their own. Denver’s COVID-19 Arts & Culture Relief Fund has marshaled contributions from a variety of donors; last month it disbursed its first $1.2 million in grants to 41 arts and culture organizations. The New Jersey Arts and Culture Recovery Fund, chaired by the state’s first lady, has raised more than $1.6 million. Much more funding can be mobilized from philanthropic foundations, philanthropic-minded corporations, national arts organizations, economic development groups, and state and local governments.

The absence of stadium concerts, multistage festivals and other large-scale events creates opportunities for locally sourced culture. Online portals and platforms can be created that allow businesses and neighborhood groups to hire local artists. Cities can mobilize teams of designers, artists and architects to enhance and revitalize public spaces.

Bail them out: Orchestras are too important to fail

In time, falling rents in hard-hit central business districts might have the positive effect of making cities more affordable for creatives. Vacant offices can be converted to studio, gallery and performance spaces, as well as residences. But right now, our cultural infrastructure is unraveling.

We cannot allow this piece of our social and economic infrastructure to fall apart. Our creative economy of arts, culture, design and entertainment is no mere luxury. It is one of the three key sectors that power innovation and economic growth. More than gross domestic product or economic power, the true measure of a nation’s vitality and resilience is its cultural and technological creativity. From Louis Armstrong to Beyoncé, and from Irving Berlin to Lin-Manuel Miranda, arts and culture reflect and reinforce the power of our diversity.

We need a bottom-up, all-hands-on-deck effort to save America’s artistic and creative system, and we need it now.

Richard Florida (@Richard_Florida), a professor at the University of Toronto, and Michael Seman (@michaelseman), a professor at Colorado State University, are the authors of “Lost Art: Measuring COVID-19’s Devastating Impact on America’s Creative Economy,” published recently by the Brookings Institution.

Sat Sep 26 , 2020
New Delhi, Aug 29 : As the art world increasingly goes digital in the ‘new normal’, fourteen galleries from all over the country have come together to give Indian art a new platform during these times. TAP India, a new collective platform, brings together these galleries to support, advocate and […] 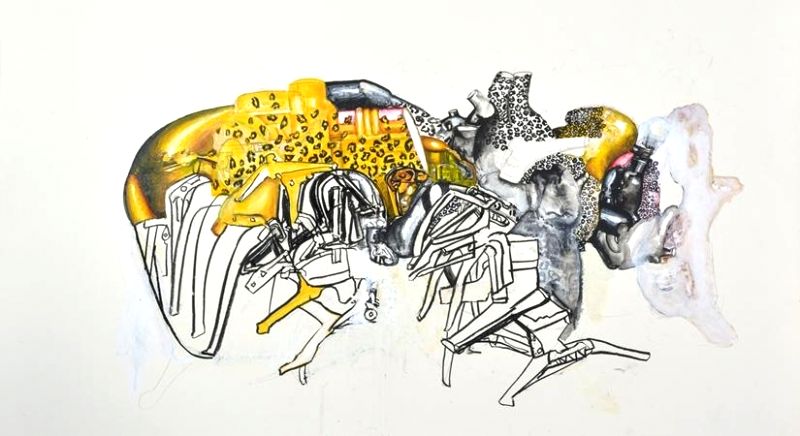