Extraordinary art likely isn’t the first thing that comes to mind when you think about an airport. Perhaps it’s time to shift your paradigm. Consider Denver International Airport, already a work of art from a distance, with its skyrocketing roof peaks that evoke a white-capped mountain range. With a permanent […]

Extraordinary art likely isn’t the first thing that comes to mind when you think about an airport.

Consider Denver International Airport, already a work of art from a distance, with its skyrocketing roof peaks that evoke a white-capped mountain range. With a permanent collection of more than 30 pieces worth more than $13 million, and an array of regularly rotating exhibits, it was named best U.S. airport for art in USA Today’s “10 Best Reader’s Choice” 2013 travel contest.

The past and current exhibits can be found online at images.flydenver.com/Art-at-DIA.

On the way to the sprawling oasis in the desert, you’ve surely driven by and eyeballed artist Luis Jiménez’s “Mustang,” the unforgettable brilliant blue sculpture of a rearing horse with demonic red eyes. It’s one of the airport’s most controversial pieces, Stegman says. People love it or hate it. Also notable: Jiménez was killed in 2006 while making the sculpture when part of the 9,000-pound fiberglass statue fell on him.

There are the airport’s two giant, bright and bold murals by Chicano artist Leo Tanguma. The first, “In Peace and Harmony with Nature,” is awash with depictions of fire and destruction, crying children and dead animals; the second, “Children of the World Dream of Peace,” shows humanity coming together to celebrate and heal nature. Stegman finds the paintings especially poignant during the COVID-19 crisis.

“People see the scary guy with a gas mask and immediately assume the worst,” she says.

“He (Tanguma) actually has the greatest story to tell. If you look at the pieces from right to left, it talks about the impact of war and devastation on the culture and community and what happens when you get rid of that and go back to children living in peace and harmony and no stress of fear and negativity.”

The bored-looking creatures sit inside open suitcases and are said to be the protectors of lost luggage, Stegman says. Don’t go looking for them right now, though. Construction has forced the two guys into temporary storage. They’ll be back by the end of next year.

Last year, a third gargoyle, Gregoriden the Gargoyle, made a ruckus and many headlines. This one talked to passengers as they walked by, thanks to a comedian who could see through the sculpture’s eyes from a remote location. Nowadays, the creature only offers pre-recorded comments.

The sculpture came as a response to the web of conspiracy theories that has enmeshed DIA since its construction. Ideas like secret underground bunkers, headquarters for the elite Illuminati secret society and, naturally, aliens.

“The airport is very based on mystery and humor,” Stegman says. “We decided this is fun and we don’t want to fight with people and deny it, so let’s have fun with it and embrace these conspiracies as something different about the airport. The gargoyle was a great way to have some fun with it.”

Former Denver Mayor Federico Peña is given much of the credit for the city’s affinity for public art, which includes the airport, as it’s part of the city. He was the first to enact an ordinance to put aside money for art. Denver Public Art allocates 1% of every municipal capital improvement project over $1 million for the creation of public art. The airport operates a little differently, being that it has only so much space.

The airport’s latest project, a light art project titled “Luminous Wind,” is at the RTD light rail station at 61st Avenue and Peña Boulevard. The tribute to Peña has yet to be officially unveiled.

“We bank funds over multiple years so we can do more meaningful projects, so we’re not doing more smaller projects,” Stegman says.

Most of DIA’s rotating exhibits are in Ansbacher Hall in the Jeppesen Terminal on Level 6 North. The airport partners with museums and other organizations on exhibits themed around various niches of Colorado culture, including ghost towns, minerals, fossils, fourteeners and the beer industry.

On display now is a tribute to the airport’s 25th anniversary. The exhibit focuses on DIA and the culture of 1995, the year it opened.


Paging airline passengers: You left $926,030 in cash at TSA checkpoints

Most of the art in this enormous gallery of sorts is based on a historic element, such as Native Americans or Indigenous people or the history of various races and cultures in the Denver area. It’s intended to showcase the region, make a lasting impression and start a conversation, much like the “Mustang” sculpture does.

“It’s talking about the plight of the mustang and what if this was the last standing mustang? How do we make sure we’re protecting our environment and ‘Mustang’ going forward? Also there’s the story about the glowing eyes, which are a tribute to the artist’s father who was a neon sign maker. All these pieces have personal stories to the artist and are very relevant to our community.”

Sun Oct 4 , 2020
CLEVELAND, Ohio — The residential upswing that has swept parts of the city over the past decade has pushed developers to go from converting existing buildings into apartments to erecting ones that are filling some of the surface parking lots that have scarred Cleveland for decades. New residents drawn to […] 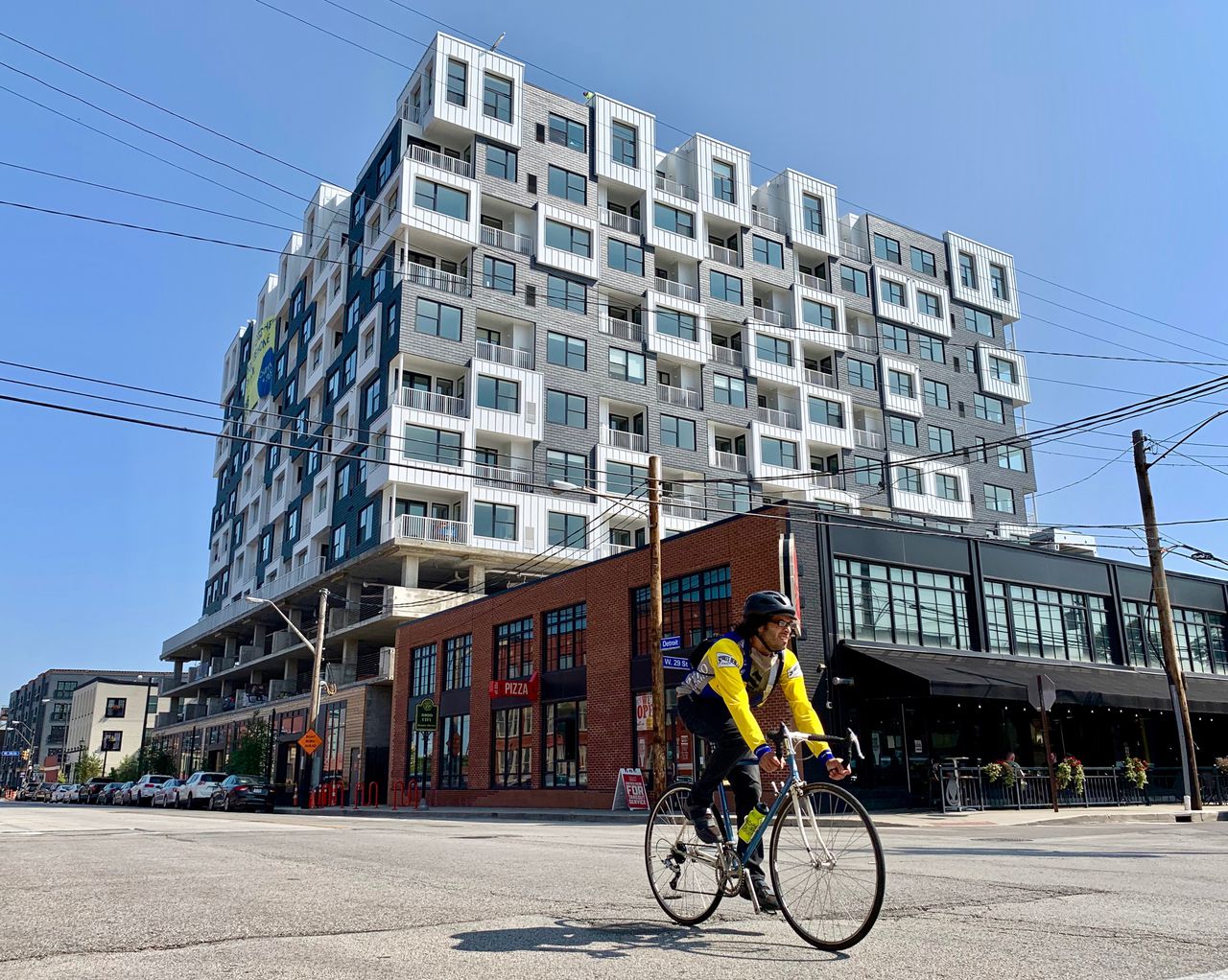