Community art projects in London have received more than twice the lottery funding of those in the rest of England, a thinktank has calculated, as it called for the devolution of culture subsidies. Arts Council England National Lottery funding contributed the equivalent of £50.40 per person to organisations based in […]

Community art projects in London have received more than twice the lottery funding of those in the rest of England, a thinktank has calculated, as it called for the devolution of culture subsidies.

Arts Council England National Lottery funding contributed the equivalent of £50.40 per person to organisations based in London, compared with £21.26 per person for the rest of England, between 2009 and 2018, according to the Fabian Society. Local council spending on arts and culture is also 38.5% lower than 10 years ago, with over £860m in real terms cut from annual council spending.

As a result, across most of England the arts and culture sector was fragile before Covid-19 hit, argues the Fabian Society, a left-leaning thinktank affiliated to the Labour party. It wants Arts Council England community funding to be devolved to councils and metro mayors. It says centralised public funding of arts and culture is not working, and disproportionately favours national institutions.

The report, Cultured Communities, argues that there is a longstanding crisis in arts and culture funding, fuelled by a decade of government cuts, that has left community arts and culture extremely vulnerable to lockdown, especially outside London.

It says local authorities should be supported by Arts Council England, affording “a reset of the arts and culture ecosystem across England which will secure a focus on grassroots organisations, freelancers, and small creative businesses”.

Ben Cooper, Fabian Society researcher, said: “Arts Council England do a phenomenal job of supporting arts and culture organisations. However, our analysis shows the current model is not working, with local arts missing out.

“Community arts and culture is an economic must-have for every village, town and city if the government is serious about levelling up. These grassroots organisations can support the high street, the hospitality sector, and improve everyone’s quality of life. If the arts thrive, we all do.

“The arts and culture ecosystem must be supported from the grassroots up, which is why councils must lead the way. They are rooted in their communities, know local cultural assets, and are best placed to shape the sector with sustainability and resilience at its heart.

“The government must put councils, mayors and combined authorities at the heart of funding decisions, giving them the flexibility, freedom and resources to urgently redress the balance. Arts Council England’s expertise can combine with local councils’ on-the-ground knowledge to make this money go further, faster.”

In June the government announced £1.6bn of support for the arts sector, but it took 20 days for the first tranche of funding, 0.2% of the overall package, to be made available.

Laura Dyer, deputy chief executive for places and engagement at Arts Council England, said: “Making sure that everyone, no matter what their background or where they live, has the opportunity to experience high-quality culture is a priority for us.”

She said the organisation had stepped up non-London funding in the past two years. “Since 2018, we’ve invested 75% of our National Lottery budget outside the capital, an increase from 60%. We’ve invested £181m in National Lottery project grants since it launched in 2018, and 75% of this has gone outside the capital, with the north receiving 27.4% of that funding, more than our other areas. We are also working in close partnership with local authorities, both nationally and locally, to bring our expertise alongside their local knowledge to support investment in culture.”

Couples design their own 'virtual babies' at Dutch art exhibit

Sat Sep 26 , 2020
AMSTERDAM (Reuters) – Couples who want children of their own got a brief taste of parenthood by creating their own “digital babies” during a virtual reality art exhibit in the Netherlands. Visitors selected the baby’s character traits, physical appearance and other features by answering questions on a computer tablet. They […] 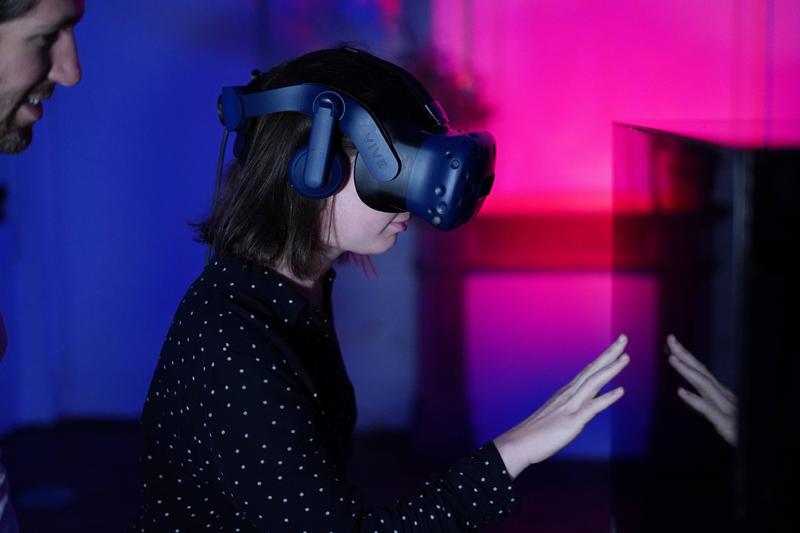