In 1974, the American artist Elijah Pierce sat in his barber shop carving out a wooden figure as he told a documentary film-maker: “Your life is a book and every day is a page, you’re writing your fate as you go along.” For Pierce, every day was a piece of […]

In 1974, the American artist Elijah Pierce sat in his barber shop carving out a wooden figure as he told a documentary film-maker: “Your life is a book and every day is a page, you’re writing your fate as you go along.”

For Pierce, every day was a piece of wood. Wood that he would carve into artworks with a pocketknife. From the White House to the Statue of Liberty to portraits of Martin Luther King, the virtuoso woodcarver told stories unlike any other through his carvings.

A new retrospective at the Barnes Foundation in Philadelphia sheds light on his work, much of which has an eerie resonance to American today. “It’s positive and hopeful for right now,” says co-curator Nancy Ireson. “You see the fight for civil rights, his disillusionment with politicians, you see the humor to his work. We see problems that are sadly, still with us now.”

The exhibition Elijah Pierce’s America will showcase more than 100 artworks made between 1923 and 1979, many of which have rarely been seen.

“Pierce always had an ability to strive onwards, to build for a future,” she adds. “It’s a personal story, a story of the nation. One individual take on that. It makes it even more poignant.”

Pierce was born in Baldwyn, Mississippi, in 1892, to formerly enslaved parents. Slavery was a key theme in his artwork, as his father was sold at the age of four and would then be sold three times in his life. “He couldn’t stand all those years of whupping,” Pierce recalls in a documentary. “My father said he didn’t feel free after the emancipation.” In one artwork, cotton is being picked, in another, slaves approach Uncle Sam.

“You see faces in the sea of cotton, you see indignities of the auction block, you see Uncle Sam and his false promises,” says Ireson.

Growing up on a farm, Pierce started woodcarving as a child, creating animals, but his uncle Lewis Wallace encouraged him to carve complex pieces, which led to his career as an artist. As a result, Pierce rejected following in his father’s footsteps with a life in farming. “He was the black sheep of the family,” said Ireson. Pierce hung out at the local barber’s before becoming a barber himself.

He opened his own barber shop in a walk-up building on Long Street in Columbus, Ohio, which became a hub for the black community. But the barber shop had a dual function: its second room was an art studio, where Pierce worked on his woodcarvings during his off-hours and showcased his work to passersby, like a makeshift gallery.

Though he worked on many themes throughout his career, Pierce chronicled the tumultuous times in American politics most poignantly in the 1960s and 1970s – from the assassination of King to the Kennedy brothers and Nixon’s Watergate scandal (in one piece, Nixon is running away from a pack of journalists).

This exhibition aims to “create a broader story” about Pierce’s life and art, which has fallen into the categories of folk art and outsider art, as he was self-taught, said Ireson.

Though his works were shown alongside black artists like William Edmondson and Sister Gertrude Morgan in the 1980s during one black folk art retrospective, he worked independently with little outside influence for most of his career.

“He gained some celebrity in the African American press,” says Ireson. “But he already had recognition in his own community, his congregation. Preaching goes hand in hand with the artmaking.”

In one piece, Elijah Escapes The Mob, the artist traces the personal story of being accused of a crime he didn’t commit. A black man who resembled Pierce had killed a white man one morning.

“I was waiting on a train and a detective came up and arrested me, marched me down to jail,” Pierce recalls. “I didn’t know what it was all about. They sent a man to identify me. He said, ‘he ain’t the one but he sure could have passed for his twin brother.’” The artwork depicts Pierce being arrested, jailed then released, fleeing through the bushes.

“Civil rights were part of his message, his concerns, that fight for equality was really key,” says Ireson. “Patriotism and equality were for an America that was for everybody. He was always observing what was going on around him.”

One of his friends, Carolyn Allport, was working at a local museum when she came up with the idea to make a film about him (when they met, Pierce was 78 and she 23). He had many offers to be filmed, claiming that “people just want to get on a moving train,” but he gave Allport a chance.

Allport remembers getting to know Pierce as quiet, poetic and empathetic. “He had a sly sense of humor,” she says. “He had a solemn mister preacher vibe, very foreboding he was very tall, commanding presence and he could be so deadpan. Then he would smile.”

She remembers bringing a camera into the barbershop on her lunch break from working at the museum. “I would be trying to take pictures of him, and I’d ask: ‘Why are you giving me this mean look?’ He’d say: ‘That’s not mean, I’m just hungry.”

The barber shop was where she would spend her lunch breaks, listening in on conversations with Pierce, who was a kind of spiritual philosopher. “The people coming in to get their hair cut were mostly old men,” she said. “He made his own gallery with all his carvings. I learned a lot about the work over years. It was easy to introduce other people to him and his work.”

He would always be carving at the barber shop, recalls Allport. “He was so genuine about everything he said about faith and God. He had such authority. Very frank about it. He could be very emotional when he could talk about that stuff.”

But social justice was at the core of his message as an artist. “He would have been carving George Floyd or Breonna Taylor today,” says Allport. “But also, a flower or a story he thought expressed human nature. He was so alive in every way.”

Sat Oct 3 , 2020
Despite Asuna’s incredibly powerful status as the sub-leader of the game’s most powerful guild, that doesn’t mean that she’s without faults. Regardless of what side of the Sword Art Online debate one stands on, it’s hard to deny its influence on both the fan community and anime as a whole. It managed […] 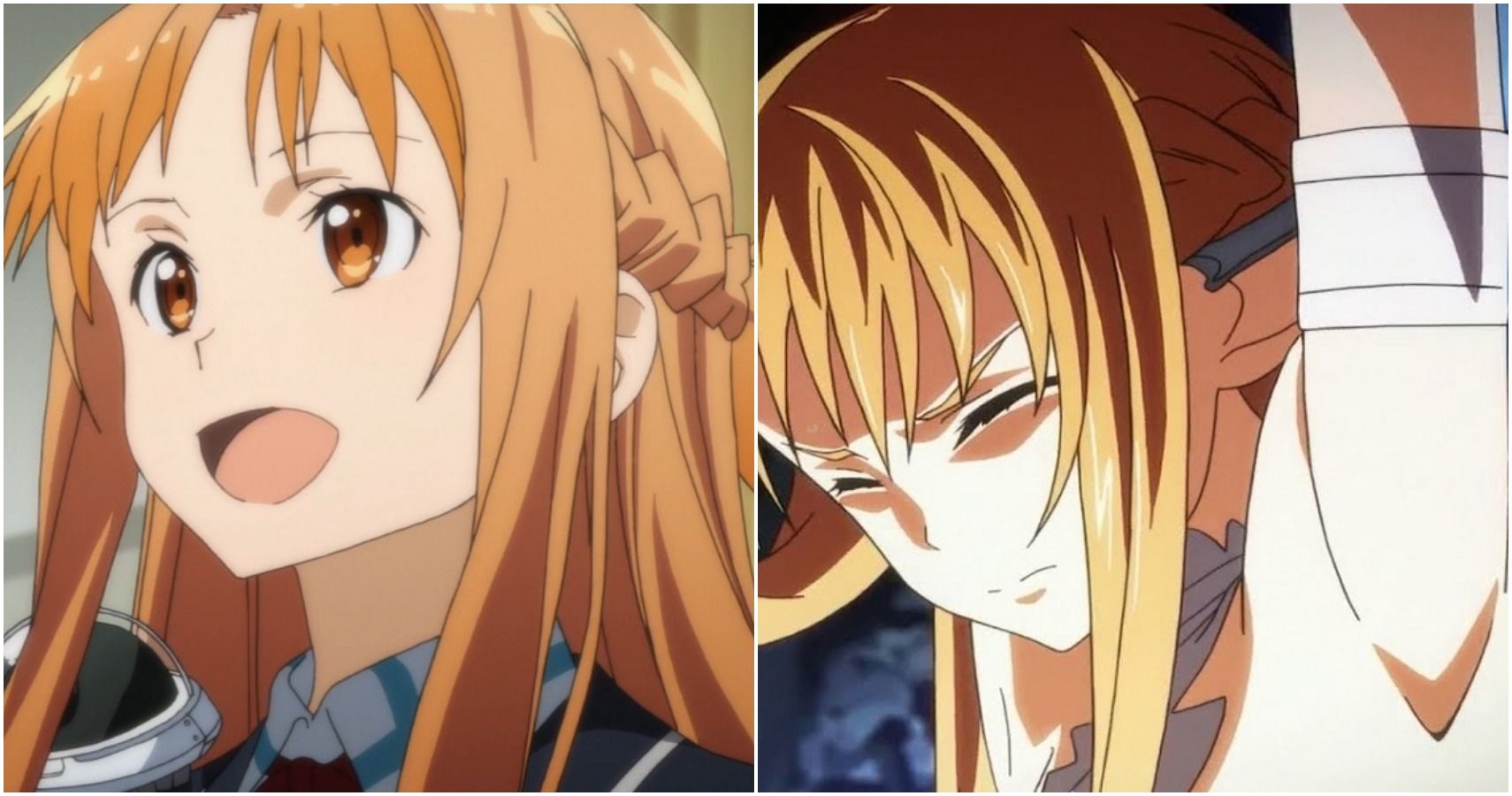