For its first new show since the start of the Covid-19 pandemic, the Barnes Foundation in Philadelphia is showcasing the work of self-taught woodcarver Elijah Pierce, whose creations confronted such monumental topics as faith and systemic injustice. Per a statement, the exhibition—titled “Elijah Pierce’s America”—features more than 100 works, including […]

For its first new show since the start of the Covid-19 pandemic, the Barnes Foundation in Philadelphia is showcasing the work of self-taught woodcarver Elijah Pierce, whose creations confronted such monumental topics as faith and systemic injustice.

Per a statement, the exhibition—titled “Elijah Pierce’s America”—features more than 100 works, including freestanding carvings, painted bas-reliefs and large-scale scenes. Dated to between 1923 and 1979, the carvings range from allegorical works to meditations on politics and pop culture.

Born to formerly enslaved parents in 1892, Pierce was a “barber by trade and a preacher by calling,” according to the Barnes. He began honing his craft in the late 1920s, when his wife’s reaction to a wooden elephant he’d carved for her birthday inspired him to create an entire miniature zoo, and eventually garnered a reputation as an artist in his Columbus, Ohio, community.

Pierce’s work only received widespread recognition in the later years of his life. He was one of the most famous “outsider” artists of the 1970s and ’80s—a time when many in the art world were interested in individuals who lacked formal training—but has been increasingly overlooked since his death in 1984.

Nancy Ireson, the Barnes’ chief curator, tells WHYY’s Peter Crimmins that she wasn’t familiar with Pierce until stumbling onto his work a few years ago.

“I was stopped in my tracks when I saw a piece by Pierce in the Columbus Museum of Art,” Ireson says. “It was a moment to think about how we look at art history and ask questions about who gets included.”

Pierce’s carvings, painted in bold colors, often tell stories. The Book of Wood (1932), for instance, consists of seven panels portraying 33 scenes from the life of Jesus. Pierce used the bas-relief project as a visual aid for preaching. Other works, like Nixon Being Driven From the White House (1975), are suggestive of political cartoons.

Describing the carvings on view in the show, the Philadelphia Inquirer’s Thomas Hine writes, “The devil fishes for sinners using money, dice, and a scantily clad woman. We see Father Time, shirtless and in shorts, running frantically, his scythe tucked under his arm. We see Richard Nixon being chased by inflation, which looks like a fat and nasty dog.”

Pierce was born on a farm in Mississippi and spent most of his career in Columbus. Some of his work reflects themes from his own life, as well as his family’s history. In a 1974 documentary, the artist said stories shared by his father inspired works like Slavery Time, which presents “a panoramic view of plantation life,” including the beating and sale of enslaved workers, per the National Endowment for the Arts.

“He couldn’t stand all those years of whupping,” Pierce recalled. “My father said he didn’t feel free after the emancipation.”

Uncle Sam appears at the center of the Slavery Time. The work’s composition is evocative of an American flag, notes the Philadelphia Inquirer, “though here it is showing our nation’s shame, not its pride.”

Another piece included in the exhibition, Elijah Escapes the Mob (1950s), is autobiographical, recalling Pierce’s arrest after police mistook him for a suspect in the killing of a white man.

Carolyn Allport, a friend of Pierce’s who produced the documentary, tells the Guardian’s Nadja Sayej that he combined a deep Christian faith with a sly sense of humor and a commitment to social justice.

“He would have been carving George Floyd or Breonna Taylor today,” she says. “But also, a flower or a story he thought expressed human nature. He was so alive in every way.”

In conjunction with the show, the museum is offering an online class exploring how certain artists are marginalized in narratives about American art history. Lectures will take place every Monday in October.

“Elijah Pierce’s America” is on view at the Barnes Foundation in Philadelphia through January 10, 2021.

Wed Sep 30 , 2020
Each character comes with a unique ability. Despite Destruction AllStars being one of Sony’s first party launch titles for the PS5 this November, we haven’t seen or heard much from the game since its initial reveal. It will see an interesting mix of vehicle combat and Fortnite-esque art and characters […] 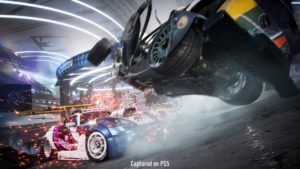