SAVANNAH, Ga., Oct. 8, 2020 /PRNewswire/ — On October 14, Savannah’s Everard Auctions will go back to the future with an online-only auction of wildly imaginative cars and sculptural art from the Estate of John Bucci (1935-2019). A visionary artist whose work was decades ahead of its time, Bucci crafted fiberglass […]

SAVANNAH, Ga., Oct. 8, 2020 /PRNewswire/ — On October 14, Savannah’s Everard Auctions will go back to the future with an online-only auction of wildly imaginative cars and sculptural art from the Estate of John Bucci (1935-2019). A visionary artist whose work was decades ahead of its time, Bucci crafted fiberglass fantasies that drew widespread media recognition and praise from the highest echelons of the custom-car world. Two of his Space Age vehicles are featured in the auction: the 1962 car known as “La Shabbla,” which was the rage of the 1964 New York World’s Fair; and “La Trieste,” which created mob scenes and was pulled over by curious Polizia when Bucci drove it around Italy in 1967.

Even today, more than half a century after they were fabricated, Bucci’s unconventional automotive prototypes look futuristic enough to be parked in the Jetsons’ garage. They are attracting bidder interest from new and long-time fans of avant-garde and automotive art.

John Bucci was a dreamer even in his youth. He grew up in a region of Italy that became part of Yugoslavia after World War II. After immigrating to Chicago in 1959, he worked at Radio Flyer, Zenith and Sun Electric. But his true gift was being able to visualize the fantastical and create it out of fiberglass. He gained renown for his spectacular replicas of Trevi Fountain, which he supplied to trade shows and Italian festivals around the country.

Around 1962, Bucci found himself without sufficient funds to buy a car, so he did what came naturally – he made one, a car of the future that he named “La Shabbla,” or “Sword.” Its futuristic fiberglass body sits on a Fiat chassis with an Arbath 750 engine. It features retractable headlights, a working steering wheel, electrically powered hood cover, oscilloscope, and blue woven leather seats. The car was displayed at the Calvacade of Custom Cars at the 1964 NY World’s Fair, where it was mobbed by fairgoers and even caught the eye of singer Paul Anka, who hopped inside for a photo opportunity.

In as-is condition, La Shabbla is a show car that can run off AC/DC current when in static display mode. On AC current, it can perform limited operations including opening the hood, and extending/retracting the steering wheel and passenger windscreen. The engine turns freely when rotated by hand. Auction estimate: $50,000–$75,000.

La Trieste is believed to have been constructed around a Porsche 356 floor pan and is powered by a Porsche 4-cylinder (1600cc super) engine capable of hitting a top speed of 160mph. Bucci created it with a five-layer fiberglass body that received five coats of paint. Its windshield and side windows are made of polycarbonate, and the door-locking mechanism appears to be electromagnetic. In 1967, Bucci took it on an extensive tour of Italy, then exhibited it around America’s Midwest. A May 1972 article in the Chicago Sun-Times Business News section described La Trieste as resembling “a land-bound missile” and said “…even if it didn’t run – which it does very well – it would have to be considered somewhat of a milestone in auto styling.” Currently in fair condition, La Trieste has an $8,000–$12,000 estimate.

Bucci’s design oeuvre also included functional, avant-garde sculptural furniture made from plexiglass, steel, found objects and wood. A selection is entered in the auction with estimates ranging from $120–$1,500.

Masterworks lets anyone invest in artwork, here's how

Sat Oct 10 , 2020
Scott Lynn is the founder and CEO of Masterworks, an art investment company that gives people the opportunity to invest in art who might otherwise priced out of the art market. The platform features work from the likes of Claude Monet, Andy Warhol, and Jackson Pollock. Earlier in 2020, Lynn […] 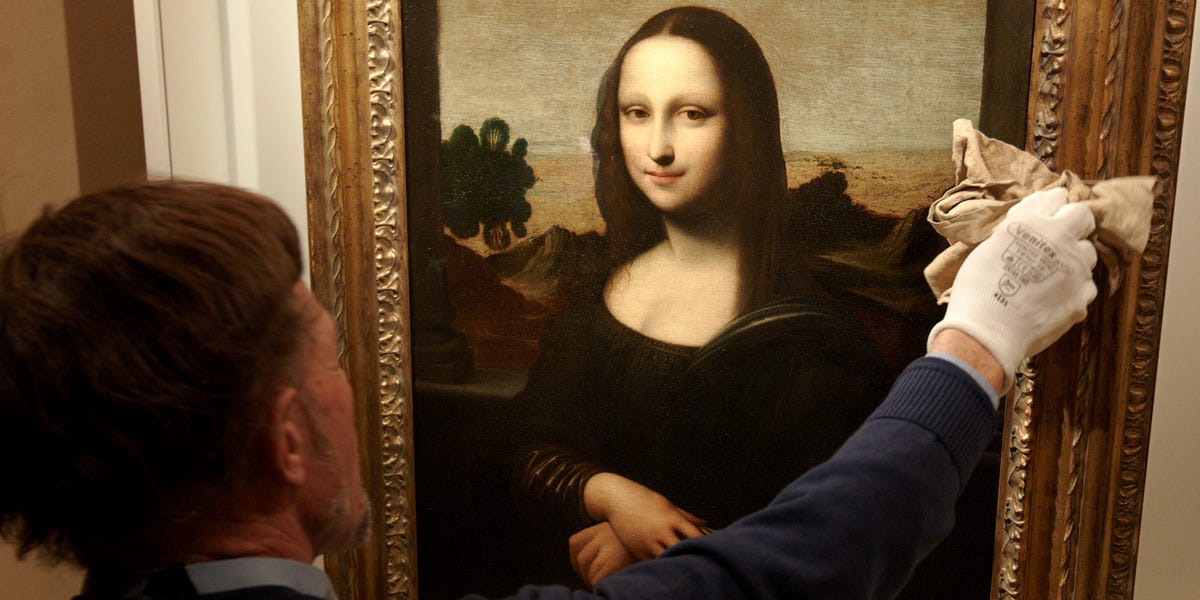