Paredes won the award for her produced work of the “Season_4.0 ARG” of the popular American series under the category of Outstanding Interactive Extension of a Linear Program in the virtual awarding held on September 20, 2020.

Roxanne is one of the Filipino talents who were recognized and participated in the unprecedented virtual Emmys along with Hollywood’s top comedian Jo Koy, multiple Grammy winner H.E.R., and Emmy producer Augie Max Vargas.

The drama-thriller from USA Network in partnership with Ralph Interactive and Fifth Column Games won with its lone nomination in this year’s Emmys.

The team of “Mr. Robot” received the award through a video that showcased the character of Mr. Robot wearing his famous mask, with a distorted voice, and a black hoodie jacket as portrayed in the series.

“The award would not be possible without the hard work of the USA digital and creative teams and our incredible partners at Ralph Interactive, Fifth Column Games, Roxanne Paredes, and Jeff McKibben.”

The “Mr. Robot” team dedicated the award to its loyal fans who showed overwhelming support since the pilot of the show.

“Your passionate fandom and love for ‘Mr. Robot’ has been inspiring. This award is dedicated to you.”

The Golden Globe award-winning series follows the story of a young cyber engineer played by Rami Malek, with a severe anxiety disorder and clinical depression who started a revolution through cyber hacking.

Other Filipinos who have won an Emmy over the past years include actor Darren Criss, designer Zaldy Goco, and Shanna Mendiola for her plastics in the ocean coverage.

SEND congratulations in the comments below to Fil-Am producer Roxanne Paredes for bagging the Creative Arts Emmy for Mr. Robot!

Neil from Art Attack responds to rumours that he's Banksy

Fri Sep 25 , 2020
From Cosmopolitan Every once in a while a conspiracy theory arises that people really want to get behind (remember the Avril Lavigne imposter conspiracy?). And, now the one that’s really doing the rounds is theory that Art Attack’s Neil Buchanan is the real identity of anonymous street artist Banksy. The […] 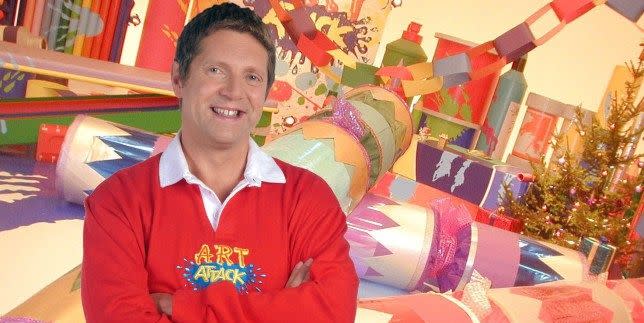