Bay County, FL, Emergency Services SOUTHPORT, FL—Bay County officials recently replaced two fire stations destroyed by Hurricane Michael with the use of state-of-the-art technology. Firefighters moved into the new structures at Hiland Park and Southport during the summer. The low-cost, innovative and portable facilities so far have proven to be good […] 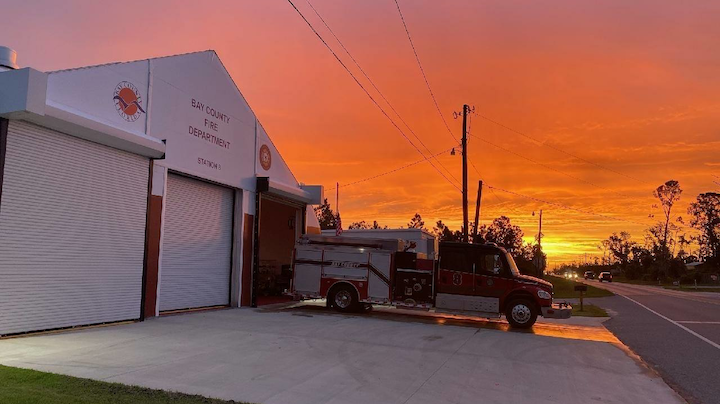 Firefighters moved into the new structures at Hiland Park and Southport during the summer. The low-cost, innovative and portable facilities so far have proven to be good investments, officials said.

According to Christopher Rohe, general contractor of the new fire station at Southport, the building took only 180 days to erect and at $1.5 million, it was one-third the cost of a traditional facility. The Hiland Park station cost about $1.3 million.

The 180 days include the awarding of the contract, design phase and construction of the fire station.

Rohe is a retired Air Force veteran who has lived on the Emerald Coast since 2002. When Michael hit almost two years ago to the day, he wanted to implement his creed in life, which is to use transformative solutions for service members.

One of those novel ideas is Sprung Structures, a Utah-based company that specializes in tension fabric membrane structures aimed at providing durable, functional, rapid and economical solutions to construction problems.

“Construction is a pretty old industry and a lot of people don’t think you can have novel ideas like Sprung,” Rohe said. “When the hurricane hit, we were one of the first ones down, and we asked, ‘How can we help?'”

The technology has been embraced by such manufacturing giants as Elon Musk of Tesla and Jeff Bezos of Amazon. Sprung Structures has experience in building military hangars, drone facilities and other government contracts.

Rohe said the structures are built to Miami-Dade code compliance for hurricanes. The structures are similar to pop-up hospitals that have been built around the country during the COVID-19 pandemic.

“A lot of people want to say tent, this is not a tent. Sprung is in a different category because this is extremely resilient and extremely functional,” Rohe said. “We’re tied into the foundation and it’s a robust system.”

Bay County Emergency Services Deputy Chief Brad Monroe said he is excited for his firefighters having a new home after Hurricane Michael. He said the response times have been shorter since they’ve been back in.

Monroe said the previous Hiland Park station was an older building that needed to be replaced even before the hurricane. Monroe said he would like to see brick-and-mortar stations in the future, but he chose the portable stations because it could get firefighters back in quicker.

Monroe also said he was impressed with the living quarters outside of the stations.

“The living quarters, of course they’re modular buildings, but they’re quite nice,” Monroe said. “It was part of the proposal that was appealing too, so it worked out really good.”

Rohe said the living quarters can be transported easily.

The county plans to soon use the same technology to replace its fire station on Michigan Avenue, which also was destroyed by the hurricane. 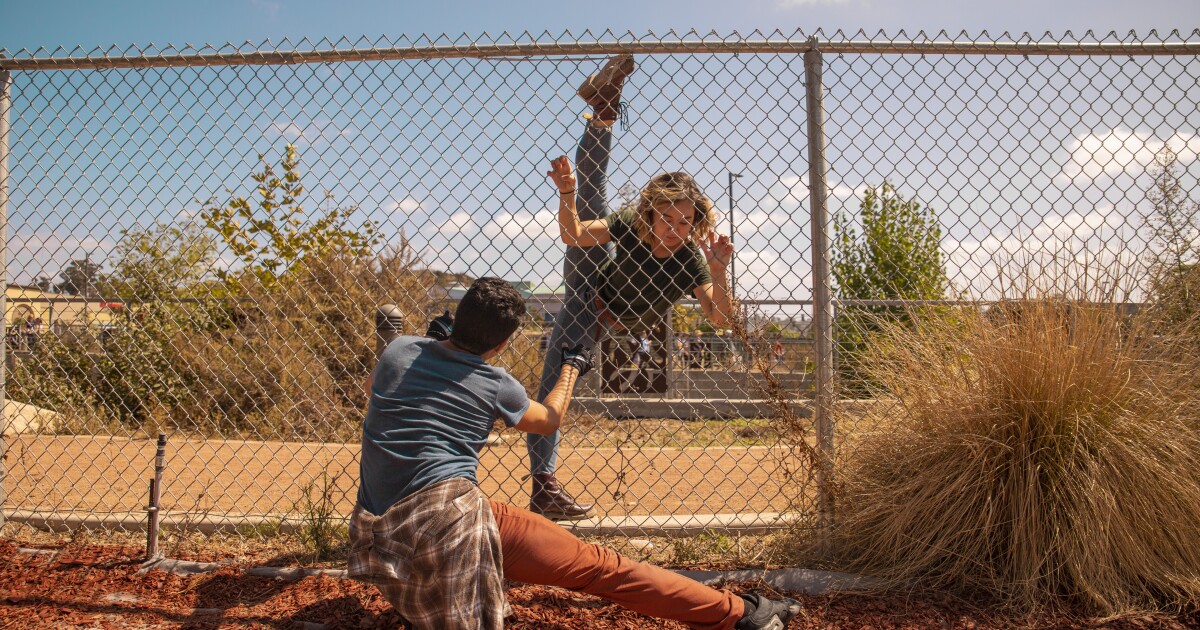