Gallery: Mary Berry’s kitchen: real homes of famous chefs (Lovemoney) © James McDonald Pairing seasonal, local produce with stylish interiors, these countryside dining rooms are destinations in their own right. Here are four of the best to book now. Organise a weekend getaway around one of these road trip restaurants, […]

© James McDonald
Pairing seasonal, local produce with stylish interiors, these countryside dining rooms are destinations in their own right. Here are four of the best to book now.


Organise a weekend getaway around one of these road trip restaurants, which serve up style and stunning local scenery as well as award-winning food.

This 19th-century former school in Somerset’s Milborne Port was sensationally converted last year by London-based firm Studio Indigo, which reinstated the historic floor plan and created a mezzanine level from which to admire the vaulted ceiling. Opened in the autumn, the restaurant is named after the clock tower that locals were adamant should also be restored. Interiors are refined, with polished concrete floors and sprays of dried flowers. theclockspire.com

It will come as no surprise that seafood is Inver’s speciality, such is its winning proximity to Loch Fyne. This diminutive dining room, decked out in vintage Ercol furniture, has inspired many a Highland jaunt – and for good reason. Here, nature’s bounty takes centre stage, both on the inventive menu concocted by Noma alumni Pam Brunton and via the pretty shuttered windows that frame the Scottish scenery. inverrestaurant.co.uk

TRY: Crab, sourced straight from the loch, served with hot brown butter and sourdough. There’s a tasting menu, too.

STAY: Bed down in one of four charming Scandinavian-style bothies, constructed in 2018, with art and textiles by local artisans. From £205 per night for two adults, including breakfast.

SEE: Local attractions are gloriously few and far between. Plan a walk via the atmospheric ruins of Old Castle Lachlan, just along the shore.

Nestled in the Netherwood Estate on the bucolic Herefordshire-Worcestershire border, Pensons is housed in a pleasingly rough-hewn and timber-beamed barn, which has stood in the same spot since the 15th century. This is farm-to-table dining at its finest, where the lion’s share of produce funnelled into the open kitchen is plucked from its 1,200 acres of gardens and grounds. pensons.co.uk

TRY: The menu has been temporarily streamlined, with a three-course lunch and a five-course evening tasting menu. Thankfully, the lamb with aubergine, red pepper and salsa verde features on both.

STAY: There are two historic houses within the estate for large groups (sleeping up to 20), or try rooms above the stylishly revamped Georgian country pub The Clive Arms in nearby Ludlow. From £105 per night. theclive.co.uk

SEE: The Grade II-listed Pump Rooms, up the road in Tenbury Wells, are said to be one of the earliest examples of prefabricated architecture.

Something of a cult aura surrounds Michelin-starred chef Gareth Ward and his restaurant Ynyshir. This is surely aided by its remote mid-Wales location, unusual fusion of Welsh and Japanese flavours and, of course, the ever-evolving tasting menu that usually stretches to around 20 courses. It’s had a facelift over lockdown, but the moody-hued walls, chocolate-brown sheepskins and original oak floors remain. ynyshir.co.uk

TRY: There’s only one option, but it’s a good one: the gloriously seasonal set menu, to which you’ll need to surrender four hours.

STAY: We’d sequester in one of the secluded garden rooms, which have floor-to-ceiling windows and wood-burning stoves. From £400, including breakfast and dinner.

SEE: Ynyshir is a gateway into the magnificent Snowdonia National Park. For those not ready to tackle its eponymous peak by foot, there are plenty of gentler trails – or take the train to the summit.

Keep your spirits up and subscribe to ELLE Decoration here, so our magazine is delivered direct to your door.

Thu Oct 8 , 2020
Each vote matters The Concerned Clergy of Jersey City is encouraging all eligible New Jersey residents to vote in this 2020 election season. Your voice and your choice matter! If you want change in the community in which you live, then please vote. Remember: One vote matters! To check your […] 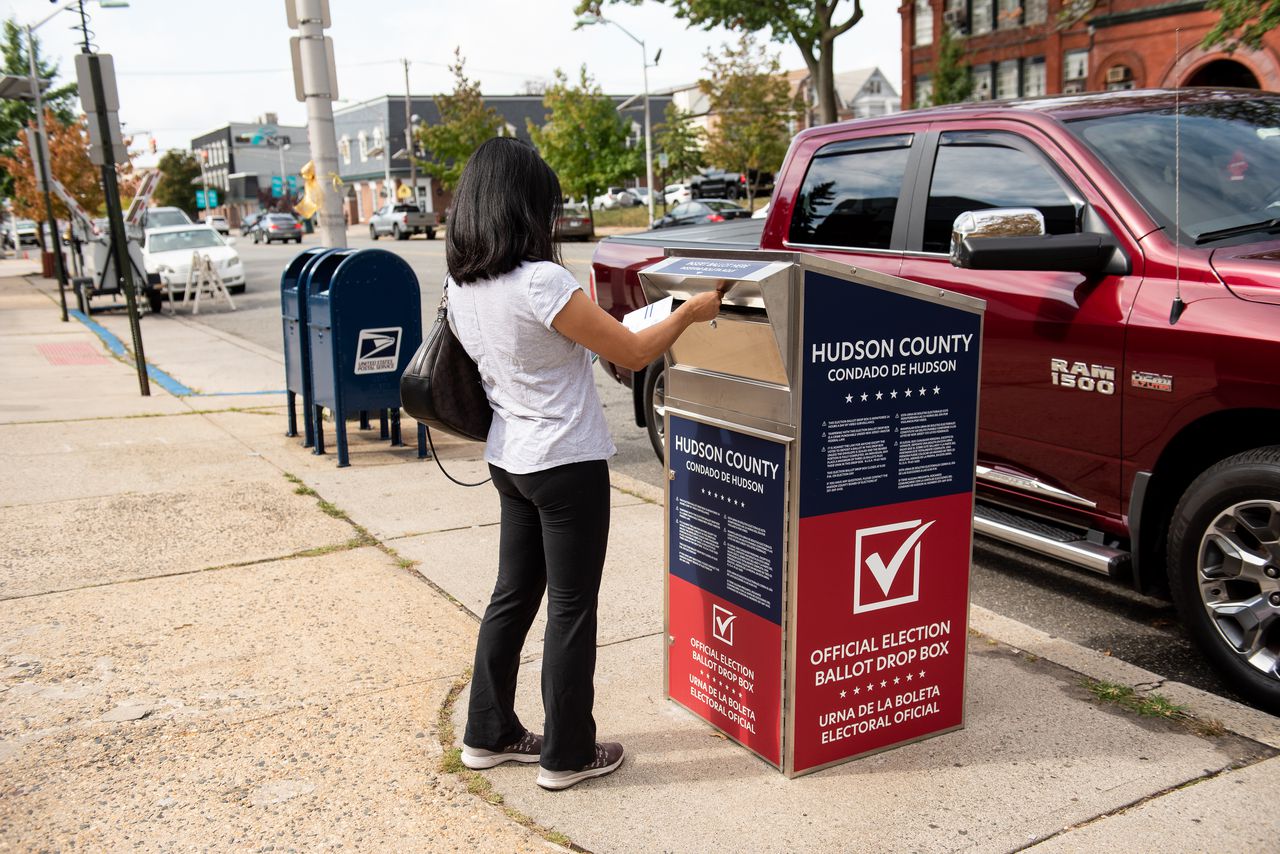