Christie’s London has an exciting estate on its sales lineup. As of this past weekend, the auction house is offering the collection of the late Lord Snowdon. Born Anthony Armstrong-Jones, the Englishman married Princess Margaret, Queen Elizabeth II’s sister, in 1960, and became a celebrated portrait photographer in his own right. However, the Christie’s auction, titled “Snowdon: A Life in Art and Objects,” transcends his photography—painting a picture of the late Snowdon as someone who lived among a range of intimate objects: from pieces inherited from his uncle, the legendary set designer Oliver Messel, to gifts from friends and subjects the world over, to furniture he personally designed. (English and European furniture, silver, porcelain, old master drawings, Chinese art, modern British art, and of course photography are all represented in the sale.) They are objects that Snowdon, who died in 2017, lived with in his own celebrated family homes, which were photographed for Vogue and The World and Interiors.

“Snowdon was revolutionary as a photographer,” says Benedict Winter, a decorative arts specialist at Christie’s. “He was interested in people and traditional portraiture but also about capturing moments in time, whether it was a street scene in London or ordinary people he came across.” Early in his career, Snowdon was commissioned for many theatrical portraits, thanks in part to Messel’s introductions and support. He later photographed for advertisements and magazines, becoming the artistic adviser of The Sunday Times Magazine in the early 1960s. Today, he is perhaps best known for photographing some of the biggest names on the global social scene—including David Bowie, Elizabeth Taylor, Princess Grace of Monaco, and David Hockney.

The Christie’s sale will offer personal gifts given to Lord Snowdon from his many high-profile subjects. This includes two paintings by artist John Bellany, whom Snowdon photographed. Snowdon’s photo is now in the permanent collection of the National Portrait Gallery. “John Bellany attended the Royal College of Art in London, where Snowdon would later serve as provost and is remembered for his incredible evocative works depicting rural communities in Scotland,” explains Winter. Additionally, buyers can bid on gifts from Colefax and Fowler director Tom Parr, Cecil Beaton, and American president Dwight D. Eisenhower.

Buy now for unlimited access and all of the benefits that only members get to experience.

More interesting still, many design objects on offer have deeper connections to some of Britain’s historic homes. Nymans House, in Sussex, where Snowdon spent his childhood, was a property owned by Messels since the 1890s. “Nymans was a beautiful house, the epitome of the English country house, with eclectic collections of English furniture, Chinese art, and tapestries” explains Winter. Though it was damaged by fire in 1947—causing much of the collection to be lost, including a Velázquez painting and the expansive library—Christie’s will bring some of the last pieces from the iconic property to the auction block. This includes pieces of Chinese art collected by Snowdon’s grandparents, Maud and Leonard Messel, and other decorative objects.

Some pieces from Oliver Messel’s homes, one in Barbados and one in London, will also be offered. “Oliver was also a great collector, and his house at Pelham Place in London instilled in Snowdon a love of the eccentric, [and] also things which inspired his collecting and interiors later on in life,” Winter explains, including a penchant for “Aubusson carpets, porcelain, gilt mirrors and books, all combined with that air of hospitality, good conversation, and interesting company.” Buyers can also snap up candelabras from the formal dining room of Messel’s Pelham Place home. A true piece of family history, Winter describes the objects as “dinner party magic.”

Some notable lots are pieces that Snowdon designed himself. Working with British set and costume designer Carl Toms, the pair conceived the layout and furniture for the investiture of Prince Charles as Prince of Wales in 1963. The investiture set included chairs, which Christie’s is offering, that have since become coveted designs. “Snowdon wanted it to be a celebration of Wales, but also accessible to ‘normal’ people, whence the new designs and the use of television,” says Winter of the ceremony. “Snowdon’s chairs (which guests could buy after the ceremony) have become incredibly sought after and reach high prices in the U.K.” It is only fitting that such storied objects find new homes of their own, so that their lives and stories may continue.

Sat Sep 26 , 2020
As business leaders and community members, we are concerned about the ongoing economic impact facing the arts and culture sector in Northeast Ohio. We are each CEOs of businesses that strive to be community partners while also facing the massive challenges of 2020. We recognize the arts and cultural sector […] 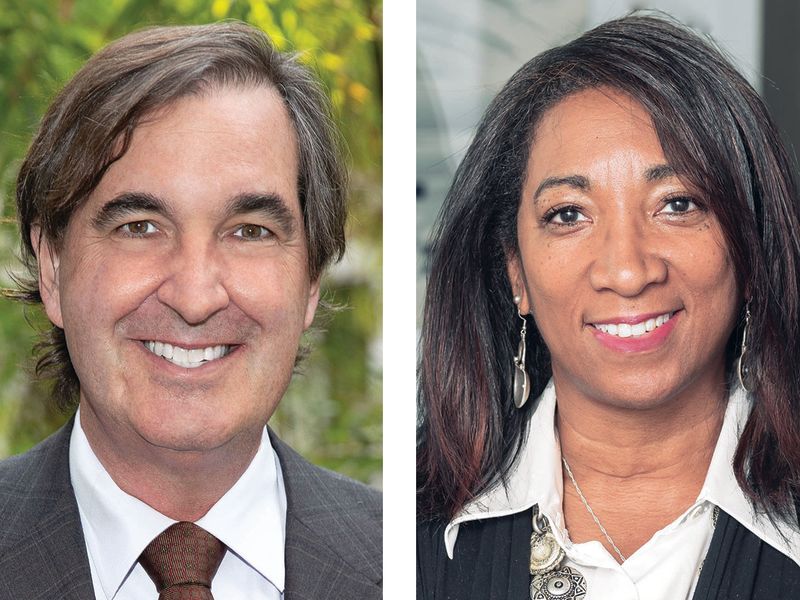