Hidden Lake Primary School has new bragging rights as they add another student to its list of national art contests winners.

“For this design, I was going for an ocean theme and I wanted to make it as realistic as I could,” says 3rd grader Katalina Hernandez.

Katalina is only in the third grade, but she’s already secured a local art contest victory from winning the Wiregrass Museum of Art award.

“I had absolutely no idea that I was going to win first place,” says Katalina.

“I feel really happy about earning art money for my school,” says Katalina.

Only one other student has won the contest in Hidden Lake history.

“It is a difficult contest to win and I’ve been to conventions where they have had to judge postcards and there are thousands of them, so she did an awesome job,” says Hidden Lake Primary School art teacher Sondra Palmer.

Students had free range to create a design.

Katalina used what she learned in class for inspiration.

“We were actually working on grids and perspective and she decided she would do an aquatic scene with a checkerboard tile,” says Palmer.

Making new designs is what the youngest enjoys the most.

“I’ve been doing art since I was really little, and I really love doing activities and creating stuff. I just love art in general,” says Katalina.

“I have no doubt that she’s not going to come up and be one of the best artists in this town,” says Palmer.

Katalina can say she is among the last postcard contest winners as the 2020 contest is the final one.

Katalina served as the art club vice president during her time at Hidden Lake.

CIMA Art in Life: time to take the plunge

Tue Sep 29 , 2020
From tussar & Maheshwari saris to trendy & quirky designer wear, the annual exhibition has lots more Art to artefacts, apparel to accessories, CIMA Gallery’s annual lifestyle exhibition — Art in Life — is a treasure trove for all those in love with the finer things in life. The month-long […] 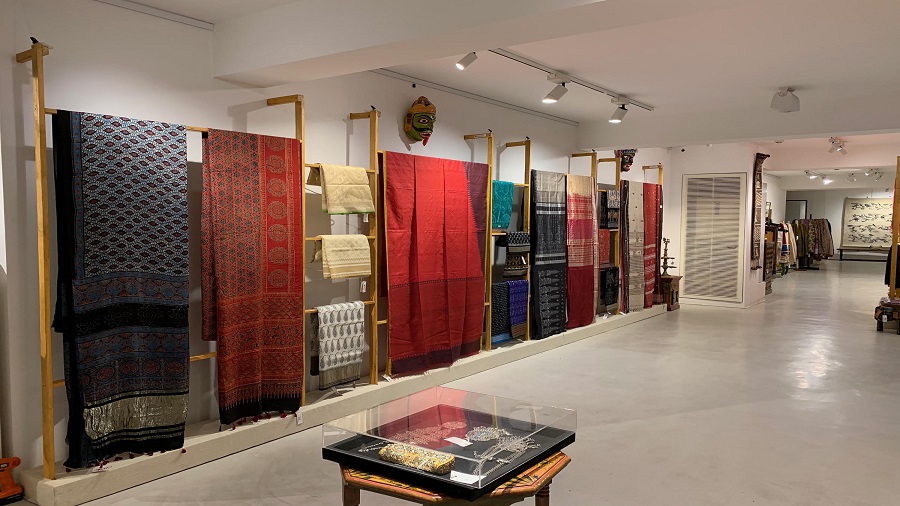