The many NGOs operating to rescue African migrants from their fates to which they are left by their smugglers on the Mediterranean — the world’s deadliest migration route — got a quiet boost in the last months as the puckish, irrepressibly imaginative Banksy, thought to be Bristol, England’s own Robin Gunningham, dreamed up the idea that he would add to the rescue fleet by buying and funding a new boat for German NGO veteran skipper Pia Klemp. Banksy’s art is nothing if not political, and he has dealt consistently over the years with the themes of war, migration and refugees.

As reported on August 28, the former French navy frigate refitted and re-christened as the Louise Michel is not exempt from any of the problems facing every NGO rescue ship on the Mediterranean. Loaded down off the coast of Malta with some 200-plus migrants rescued from waters off Libya, one of whom is reported to have died, the Louise Michel seems to have made most of the run from the international waters off Libya to the waters off Malta on the 28-29 August. But the ship was reported to be running out of potable water and was reported to be in danger of capsizing because of the number of people it had taken aboard. Captain Klemp sent out a distress call on August 29.

As the boat stalled, so did the feverish negotiations for a destination port for its passengers. But at last report Captain Klemp seems to have been able to keep them, her boat and crew in some sort of shape until help arrived and they could be offloaded. The first 49 most at-risk migrants were taken by the Italian coast guard; the rest were taken by the Medicins Sans Frontiers (MSF) boat, Sea Watch 4. The Sea Watch 4 has an MSF clinic and doctors on board, but is currently still housing some 200-plus migrants previously taken on and, worse, is itself now, still, in search of a destination port.

The events of the last week aboard the Louise Michel and the Sea Watch 4 represent the paradigmatic conundrum for Mediterranean migrants and NGO operators alike, and demonstrate the myriad ways by which this route out of North Africa can be so deadly. Once picked up by a rescue ship, refugees are by no means safe until they have been accepted by a European country, none of which are wanting waves of migration, especially now. Just because great swaths of Europe are experiencing SARS-CoV-2 re-spikes does not mean that African and Middle Eastern migrants have stopped thinking of Europe as the promised land. On the contrary.

The Louise Michel’s path toward Captain Klemp was a characteristically quirky Banksy-ish one. Ms. Klemp thought that Banksy’s first email, sent in September 2019, was a joke. It reads breezily, with his trademark mix of brio, understated earnestness, and a dash of high comedy:

Hello Pia, I’ve read about your story in the papers. You sound like a badass. I am an artist from the UK and I’ve made some work about the migrant crisis, obviously I can’t keep the money. Could you use it to buy a new boat or something? Please let me know. Well done. Banksy.

It wasn’t a joke, rather, the announcement of a very special grant. We can fairly say that in this instance, the mercurial yet deadly serious Banksy is putting his money where his heart is: Some 19,000 refugees have died attempting to traverse the Mediterranean since 2014, not just refugees from the serial Libyan wars, but also from them.

The boat, named the Louise Michel, sails under German colors and is staffed by a largely female crew. With a blazing pink-and-white hull, its superstructure bears the Banksy mark: A portrait of a windswept girl attached to a heart-shaped rescue buoy has been stenciled along midships. Launched under a cloak of secrecy at midsummer out of Burriana, Spain, the Louise Michel has, before these recently assisted the Medicins Sans Frontiers boat, rescuing some hundred-plus refugees and transferring them to the MSF’s Sea Watch 4. That initial offloading would be repeated under distress on August 29.

According to reports, by August 27-8, the Louise Michel had rescued a first load of 89 people, including children. Unclear is how many people were aboard before, or how many people were picked up after that. By 11:00 a.m. on August 29 in Central Europe, the number of refugees reported onboard increased to some 200-plus, and apparently, the boat had made the crossing toward Malta. Clear is that the destination country for these refugees was under the hottest form of negotiation, what with Spain’s and Italy’s SARS-CoV2 rates hovering and occasionally spiking.

It’s worth noting that — used or spanking new — seagoing expedition-kitted 90-plus-footers do not come cheap. The yachtsman’s unforgiving rule is one of ten percent: The annual maintenance for a $10 million yacht, of whatever dimension, is estimated at $1 million. Any $10 million ship purchase, or whatever multiple or fraction thereof Banksy has paid to put this significant rescue vessel on the water, is professionally regarded as the entry fee to the larger ongoing bonfire of expense that maintenance would demand. For a fast ninety-plus footer kitted out for medical and/or expeditionary action as the Louise Michel is, $10 million would be a low-to-mid-range price. Any way you look at the Louise Michel, it represents a swift and wholehearted level of personal commitment that the presumed Mr. Gunningham has made.

For her part, as Banksy describes her, the “badass” Captain Klemp, who has rescued thousands, likes to work in critically close to the Libyan coast, thus sparing her clients the brunt of the world’s deadliest crossing and possible re-capture by the Libyan Coast Guard, such as that force purports to be in the war-torn country. (When the Libyan Coast Guard apprehends the oft-failing or overloaded refugee craft, it returns the passengers to their uncertain fates in the refugee camps.)

The top speed of the Louise Michel is 27 knots, which is very fast for a ninety-footer. Captain Klemp has stated that she hopes to be able to “outrun the Libyan Coast Guard” before they can capture the inflatables and other cobbled-together craft in which the smugglers send the unending stream of migrants and refugees off. It’s a very Banksy-ish notion: The Louise Michel’s mission is one of interdiction.

Bottom line: Ever-puckish as he may be on canvas and in his spectacular art-world pranks, such as shredding works as they are auctioned, in this area of philanthropic largesse, Banksy is absolutely no joke. That noted, in this week’s round with the unforgiving Mediterranean, he and his ship may have gotten more than they bargained for.

Mon Sep 28 , 2020
PEORIA, Ill. (WMBD) — Those who were disappointed with the cancelation of the annual Fine Art Fair can now experience it through another avenue. Shannon Cox, director of the Peoria Art Guild, said after health concerns due to COVID-19 scrapped the traditional route for the art fair, an idea presented itself […] 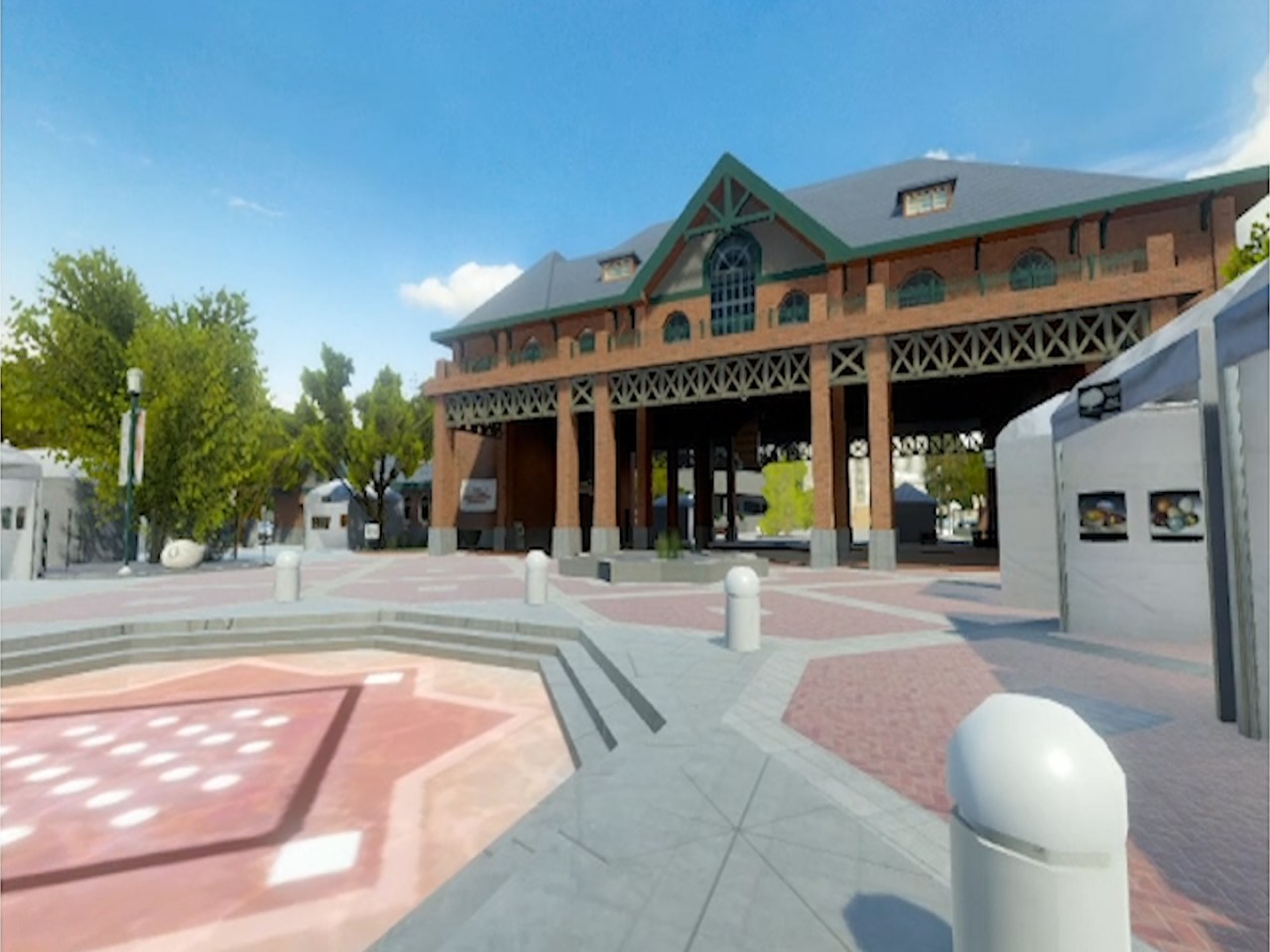