And even if we find a workable vaccine for the coronavirus, it’s unlikely that there will be some triumphant moment when the pandemic is over, with church bells ringing and Ewoks dancing by the light of fireworks. Crises leave scars, alter habits and deepen other fissures. Recently walking through the […]

And even if we find a workable vaccine for the coronavirus, it’s unlikely that there will be some triumphant moment when the pandemic is over, with church bells ringing and Ewoks dancing by the light of fireworks. Crises leave scars, alter habits and deepen other fissures. Recently walking through the National Gallery of Art for the first time since early March made me realize that hard truth more fully, more viscerally, with more than a little despair around the edges.

I had thought I might escape the outside world for a few hours, shut out the chaos and crisis. But in room after room, the vasty majority of the objects were mute and meaningless, and only those that somehow referenced other periods of tumult and decline spoke with clarity. I had entirely lost my ability to experience art as escape.

The museum’s partial reopening is limited to rooms on the ground floor devoted to sculptures, metal work, furniture and special exhibitions. For many visitors, Auguste Rodin and Edgar Degas are the most popular artists in these permanent collection galleries, with Degas’s plaintive plaster cast “Little Dancer Aged Fourteen” dressed in her shabby tutu, always drawing at least a little crowd. For me, a visit to this lower floor requires a brief pilgrimage to the glass case containing small bronze busts, based on caricatures by Honoré Daumier, of the rogues and crooks who dominated French political life during a period known as the July Monarchy.

It was an ugly, tumultuous age of French history, with economic growth and vast inequality, colonial expansion, a cholera epidemic and, more than anything else, a corrupt government dominated by ruthless self-dealers and profiteers. It’s one thing to have an intellectual understanding of the historical facts of this period. But I also know the July Monarchy through the novels of Honoré de Balzac and Victor Hugo, the music of Frederic Chopin and Hector Berlioz, and the paintings of Eugene Delacroix.

Neither the relatively conservative Balzac nor the more radical Hugo skimp on the ugly side of French life during this period. There are dark shadows everywhere in Chopin and rumbles of discontent throughout the works of Berlioz, and of course Delacroix’s “Liberty Leading the People” captures the revolutionary fervor and squandered promise of these decades, from 1830 to 1848.

This period of French life left us one of the richest psychological, visual, emotional and aural legacies of any age of human creativity — and that richness is so absorbing that the cruelty and venality of civic life often fade into the background, details in the larger and ever beguiling panoply. Strangely, on my return to the National Gallery, the novelistic richness of the age faded, and the tougher sinews of the political crisis and despair were more ineluctably obvious.

Daumier made dozens of clay caricature busts of some of the worst ghouls and grifters of his age, using these painted, unfired figures as the basis for masterful, widely circulated lithographs. One of his most famous lithographs, depicting the “citizen king” Louis-Philippe as the grotesquely rapacious Gargantua, was so inflammatory that it landed the artist in prison for six months. The clay busts he made to parody lesser figures — legislators and aristocrats and even his own publisher — were fragile and at some point in the 20th century they were cast in bronze. The National Gallery has a complete set of 36 of them.

Every previous visit I’ve made to see these busts ended in laughter. The range of faces and the virtuosity of the caricatures always delighted me. Not everyone in the group is treated mercilessly, and not everyone deserved to be treated mercilessly. But Daumier always found some element of the ridiculous, the fatuous, the smug, even in the poets, writers and critics among his subjects. He indulged the usual technique of exaggeration, often of prominent physical characteristics, but this was in service to character and expression rather than simple mockery of a big nose or wide mouth. His figures are ugly not because of their physiognomy, but because they behave in ugly ways: They don’t look, they leer; they don’t smile, they smirk.

The overriding sense is one of collective self-satisfaction. They know they’re hypocrites and crooks, with their hands deep in the cookie jar, and they’re amused to commit their crimes so blatantly and get away with it so flagrantly. But this time, amid a pandemic greatly exacerbated by government incompetence and venal leadership, nothing seemed funny. Daumier’s anger shone through more blindingly than his wit and satire. The villainy and callousness of these buffoons felt palpable across almost two centuries.

French history, especially during the 18th and 19th centuries, is an object lesson in the interconnection of calamities. The July Monarchy began with hope and ended with disgust and revolution. Opportunities were squandered, and disillusionment only led to more deeply entrenched social fault lines. Follow the thread of history from Daumier’s busts in the 1830s and you will eventually arrive at another classic work in the National Gallery’s lower-floor rooms, from the mid-1870s: Marius-Jean-Antonin Mercié’s “Gloria Victis,” a winged figure of fame carrying a dead soldier, created to honor and celebrate French soldiers killed in the humiliating French defeat in the Franco-Prussian War.

Curiously, “Gloria Victis” is by the same sculptor who created an equestrian figure of Robert E. Lee, still standing in Richmond, still bearing witness to this country’s inability to sever the chains of cruelty and injustice that bind our 19th-century history to our 21st-century political crises. And so, again, another reminder of how history is never discrete or contained within easy chapters. Wars don’t end, but go underground; loss leads to resentment and then retrenchment, and a century and a half later, the conflict returns in new forms.

Satire can seem old-fashioned and impotent today, when there is little if anything funny about the degradation of American political culture. But satire probably seemed just as impotent when Daumier was lampooning cultural leaders in the 1830s. The problem is our misconception about how satire accomplishes its ends. It doesn’t shame the shameless, and its inherent mean streak isn’t a rational form of argument. It isn’t designed to persuade people to change their views of the satirical target.

Rather, it operates across the ages, indicting and memorializing villains who might otherwise lead out their lives and die happy, soon to be forgotten and historically anonymous despite their skulduggery. As Hans Sedlmayr, a conservative critic of satire, pointed out, satire is akin to “a form of capital punishment in effigy.” Like the resentment of lost causes or the despair of squandered revolutions, satire breaks with the chapter divisions of history, too, and works across longer arcs of time.

It is a truism to say that history is written by the victors. But Daumier’s busts, in some small way, stand as an exception to that rule. The satire of today, circulating most visibly on social media and late-night television, will do its work tomorrow, and the next day, even if the United States settles into a long period of decline, kleptocracy and authoritarianism.

As I stood looking at the case full of Daumier’s vitriolic inventions, I was aware that I was also surrounded by invitations to escape our current moment, to think other kinds of thoughts, perhaps even indulge loftier ideals. These galleries are full of things that are meant to delight, to appeal to aesthetic receptors independent of politics. But all those invitations, all those works of isolated beauty, felt hollow. Daumier had quickened my anger, my urgent need to see justice done now, to hold terrible people accountable for the things they are doing.

I had so wanted this first visit back to an art museum to bring with it some return of what I used to think of as normal life. But that normality never existed, that time before the pandemic was always woven into a web of continuing crises that the pandemic only underscored and inflamed, but didn’t create.

So I left with a greater gift than a return to or taste of an idealized past. I departed more urgently aware of the current crisis as a form of connection, to the reality of social injustice and misery that has been with us, decade after decade, unbroken since the first artists daubed on the walls of a cave. I left with my priorities in order, and the whole idea of art as pleasure more problematic than it has ever been.

Fri Oct 9 , 2020
Storytelling has always been an integral part of museums and cultural collection curation, making them more relatable to audiences as narratives provide an accessible framework for individuals to become interested and emotionally engaged with the objects put on display. When the physical institution of the museum is taken away, curation […] 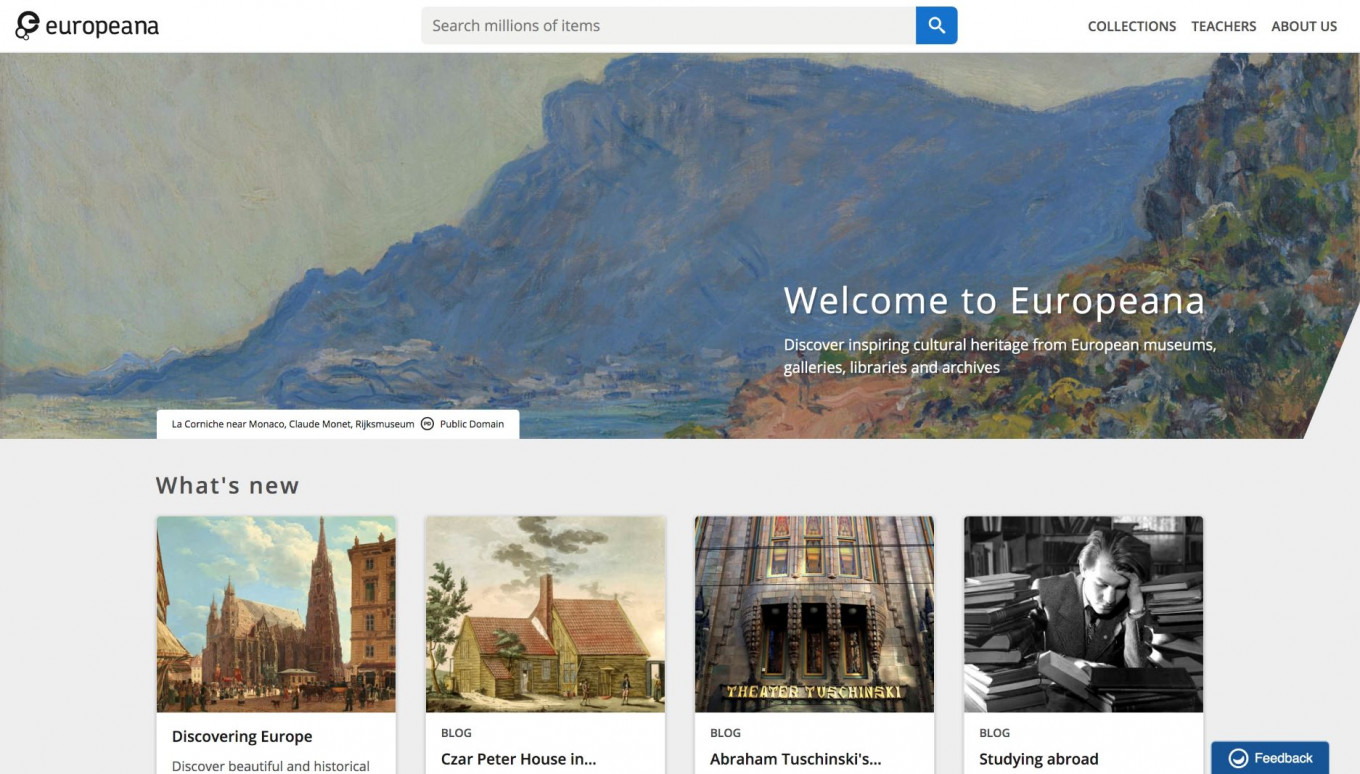