As a painter, I like to think I have something in common with Picasso, mainly because we both had blue periods, mine coming several years ago when I used that color to paint the bathroom. But I pale (my beige period, when I did the soffits in the kitchen) compared […]

As a painter, I like to think I have something in common with Picasso, mainly because we both had blue periods, mine coming several years ago when I used that color to paint the bathroom.

But I pale (my beige period, when I did the soffits in the kitchen) compared to my granddaughters Chloe and Lilly, who not only deserve to have a brush with fame, but whose talent is on full display in a watercolor show at my house, proving to critics and connoisseurs alike that home is where the art is.

I may not know a Manet from a Monet, except that their paintings cost a lot of Money, but I know what I like, which is why I have established Zezima’s Two Rules of Modern Art.

Rule No. 1: If you see an artwork that’s titled something like “Spring Butterfly,” but it looks more like the grille of a ‘57 Chevy, don’t buy it.

Rule No. 2: If an artist has been working on a piece for months and when it’s finally finished he calls it “Untitled,” it means even he doesn’t know what it is. Don’t buy that one, either.

But there’s no mistaking what Chloe, 7, and Lilly, who will soon turn 4, have accomplished in their brief but brilliant careers.

The gallery at the Zezimanse, where the girls’ paintings hang (or, rather, are taped to the family room wall), is their latest exhibit.

I witnessed the creation of these masterpieces when the girls had a sleepover and asked if they could paint.

I sat them in their usual spots at the kitchen table, spread out some newspapers (including copies of my columns, which have never been confused with art), got them their brushes and paint, plopped down a stack of white printer paper, filled two small plastic cups with water, and watched as the magic happened.

Chloe went to work on a rainbow. The bold yet delicate strokes were reminiscent of van Gogh, who definitely had an eye for beauty but not, unfortunately, an ear for it.

Lilly went for a more modern look, especially after she spilled the contents of her cup on the various shapes (circle, rectangle, blob) that began to run with all the hues in her palette, putting the water in watercolor.

But the girls don’t work only with brushes. They also use pencils, crayons and markers on their colorful creations.

These implements can be useless in the hands of a hack, as I found out when I used a marker to draw Shrimpy, a pink crustacean in one of the girls’ favorite movies, “Zombies 2.”

I thought I would do better when Lilly, who had drawn “Anna,” a girl with blue hair, yellow eyes, an apricot face and mosquito bites on her chin, wanted me to draw a dress. I took a marker and outlined the garment.

“You put sleeves on the dress!” Lilly scolded. “I don’t like sleeves! That’s a bad dress!”

Then she showed me how to do it right by drawing a sleeveless dress, which she painted gold.

Chloe painted a wedding dress with a blue neckline, a pink waistline and a red, orange, yellow, green, blue, purple and pink hemline.

I tried drawing another dress, this one sans sleeves, but Lilly said, “It’s still bad.”

I had flunked Art 101, which explains why none of my pieces are in the show, which includes paintings of a unicorn, a butterfly and a flower.

At least my wife, Sue, has faith in my artistry. In fact, she wants me to paint the dining room. It looks like I’ll be going back to my blue period. Jerry Zezima is a columnist for MCT. (MCT) Jerry Zezima writes a humor column for Hearst Connecticut Media and is the author of four books. His latest is “Nini and Poppie’s Excellent Adventures.” Email: [email protected] Blog: www.jerryzezima.blogspot.com.

Perfume As An Art, Kilian Hennessy Talks His Luxury Brand And The Launch Of- Roses On Ice And Angels’ Share

Thu Oct 1 , 2020
French born into the notorious Hennessey cognac-making family, he chose to carve out a craft different from what his last name stands for… Kilian Hennessey, Founder of byKilian Perfumery Photo Credit: by Kilian With over twenty years of experience as a perfumer, Hennessey has worked for some of the world’s […] 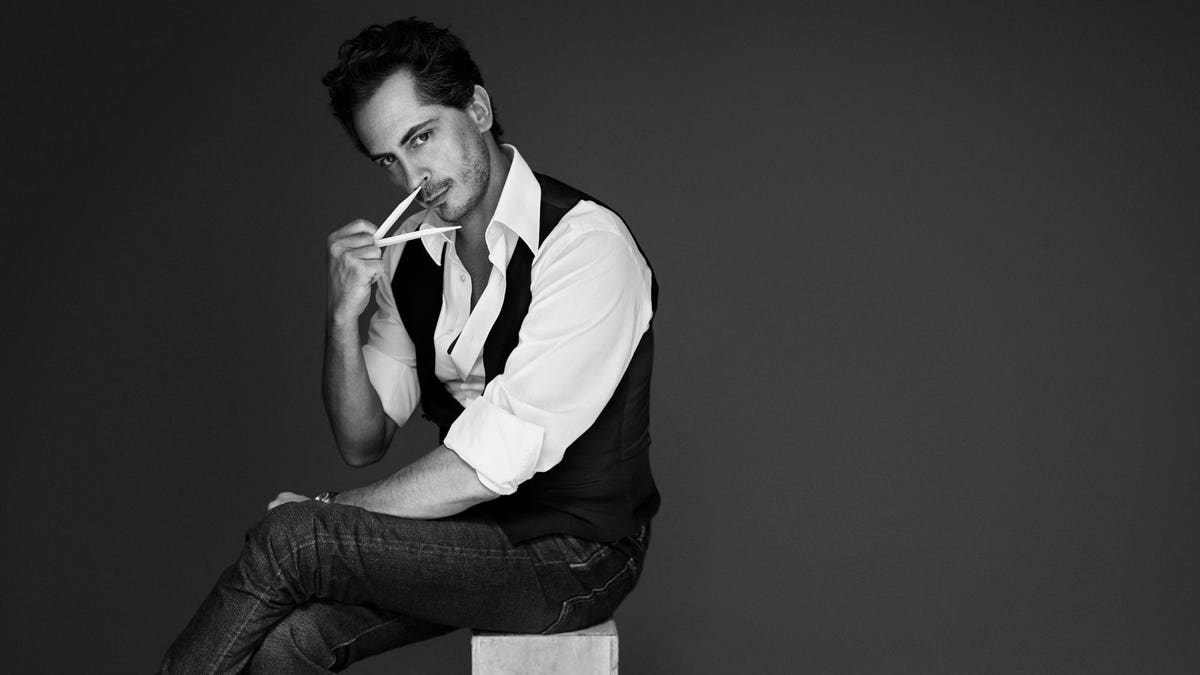