Van Gogh’s Ear by Elmgreen & Dragset is one of the pieces on display this month. (Courtesy of the artists) By Oliver Giles October 08, 2020 K11 Musea, Adrian Cheng’s retail and cultural centre, turns one this month and is celebrating with a string of art and culture events starting […]

K11 Musea, Adrian Cheng’s retail and cultural centre, turns one this month and is celebrating with a string of art and culture events starting from October 9

Sign up for our newsletters to get all our top stories delivered.

It has been a year since Adrian Cheng flung open the doors to K11 Musea, his boundary-breaking retail and cultural centre on the Tsim Sha Tsui harbourfront.

“K11 Musea is more than a shopping centre,” Cheng told Tatler on the eve of the opening. “It’s a melting pot of creativity and a celebration of culture. Contemporary art, fashion, music, design, coffee, gastronomy, performance art—they’re all here.”

To celebrate K11 Musea’s first anniversary, Cheng is hosting a string of art and culture events starting from October 9. Below are Tatler’s picks of what to see.

Scandinavian artist duo Michael Elmgreen and Ingar Dragset—who go by the name Elmgreen & Dragset—are famous for making sculptures and installations that explore everything from the Aids crisis to architecture and public space.

From October 9, one of their most ambitious works, Van Gogh’s Ear, a sculpture of an empty swimming pool tipped on its side, is being exhibited on the promenade outside K11 Musea. The work was previously installed outside the Rockefeller Centre in New York City.

The artists have previously said they hoped the sculpture will inspire passersby to take a moment to relax and reflect on times past. “One can dream of lazy days under the sun while surrounded by all the traffic and business going on at Rockefeller Plaza,” they said when it was unveiled in New York.

Chinese artist Cheng Ran is debuting his latest work of video art in the Gold Ball, the glittering sphere that seems to float inside K11 Musea’s atrium, from October 9 to November 8.

Like some of his previous pieces, Always I Distrust explores city dwellers’ experiences of loneliness and emotional alienation. The video stars acclaimed actress and singer Carina Lau and was produced by K11 founder Adrian Cheng.

Following the showing in Hong Kong, the film will be screened in Shanghai.

Auction house Phillips is hosting a showcase at K11 Musea of sculptures, paintings, prints and more by the late American artist Keith Haring, one of the most famous pop artists of the 20th century.

Spanish artist Javier Calleja is famous for his paintings and sculptures of wide-eyed, big-headed and childlike figures.

Calleja has described Thinking Boy as a self portrait, while Little Maurizio, is a portrait of the artist and prankster Maurizio Cattelan, who hit headlines last year with his installation at Art Basel Miami Beach of a fresh banana taped to the wall. Two editions of that work sold for US$120,000 each.

Baibaoqian refers to objects inlaid with semi-precious stones and materials, such as jade, turquoise and lapis lazuli, while luodian refers to the art of inlaying mother-of-pearl. 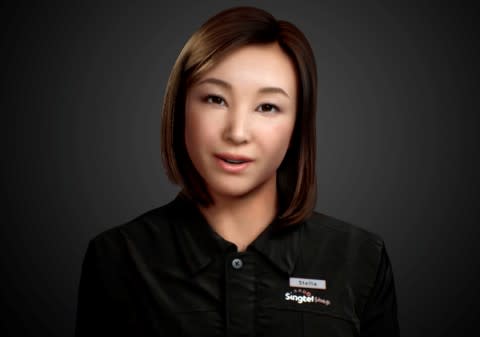