La Jolla Playhouse has added five more shows to its ongoing all-digital Without Walls Festival, most of them featuring local artists of color. Playhouse Artistic Director Christopher Ashley said the expanded programming will fulfill a growing appetite for online theatrical content and it supports the nation’s growing social justice movement. […]

La Jolla Playhouse has added five more shows to its ongoing all-digital Without Walls Festival, most of them featuring local artists of color.

“This new cohort of productions once again demonstrates how artists are harnessing new platforms while responding to current events with a deep passion, a hunger for connection, and a clarion call for social justice,” Ashley said in a statement.

Most of the shows are still in the development stages, but the first two should roll out in October and November. Future dates, details and ticket information will be available online at: lajollaplayhouse.org/wow-goes-digital. Here are the new shows:

“Towards Belonging”: Chula Vista choreographer Anjanette Maraya-Ramey and Southeast San Diego artist/activist Khalil Bleux are collaborating on a dance film with original spoken-word poetry and music that unapologetically addresses systemic racism and calls for action. It is planned for a November release.

“Light Leaping: Spittin’ Truth to Power for the People”: San Diego poet, storyteller and spiritual healer Alyce Smith-Cooper is collaborating with DJ and musician Shammy Dee for this three-part intergenerational spoken-verse piece that will incorporate preaching, images, music and a storytelling style in the form of West African griot.

“Listen with the Lights Off”: San Diego’s So Say We All literary/performance troupe is creating a series of short, scary radio-style plays in honor of Halloween. Adapted from the troupe’s horror anthology “Black Candles,” the plays touch on topics of magical realism, ghosts, monsters and sibling rivalry. Projected show dates are Oct. 15, 21 and 28.

“Taxilandia”: Created by Modesto Flako Jimenez of New York’s Oye Group, it’s described as a site-specific play-within-a-tour of San Diego. Jimenez will interview local community leaders, write a script and map out a driving route that will take audience members to communities impacted by gentrification, where they’ll explore issues of social stigma, race, social class and culture. It will be presented when social distancing orders lift.

— Pam Kragen is a reporter for The San Diego Union-Tribune

Studying Bad Bunny, and Finding All of Puerto Rico 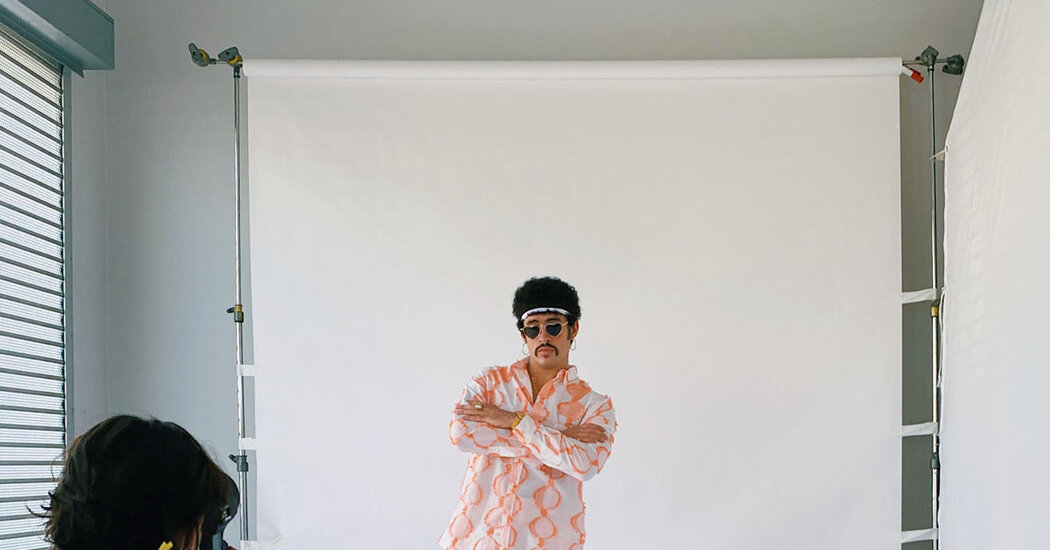