The opening of the “Pacific Standard Time: LA/LA” art exhibitions in fall 2017 was “a night to remember,” said John Echeveste, chief executive of LA Plaza de Cultura y Artes, a downtown L.A. cultural center and museum. Thousands of people mingled under the stars on the Getty Center’s vast travertine courtyard, filling the dance floor and noshing on hors d’oeuvres from Puerto Rico, Brazil, El Salvador, Argentina and Colombia while celebrating the diversity and vibrancy of Latinx and Latin American arts.

“Just to see that kind of recognition and celebration of our Latinx arts community — the artists, the history — it was really awe-inspiring,” Echeveste said. “It was like: ‘They finally recognized what we’re all about.’”

But when the spotlight faded, “the question was: ‘Where do we go from here?’” said Betty Avila, executive director of Self Help Graphics & Art, a PST participant.

The answer came last month with the formation of the Latinx Arts Alliance, five L.A.-area cultural organizations including LA Plaza and Self Help Graphics who have joined forces to advocate for underrepresented Latinx artists and institutions. The other founding organizations are the Museum of Latin American Art, the Vincent Price Art Museum and the Social and Public Art Resource Center, better known as SPARC.

The timing of the alliance’s debut — during a national reckoning over racial inequality that has sparked an examination of longstanding biases and imbalances in the arts world — is not by accident, said Avila, who serves as the group’s president.

“We’re in the midst of this incredible racial justice movement — coming out now, it will be the reason things get done, that they change,” Avila said.

Latinx Arts Alliance launched with $35,000 in seed money from Bank of America, some of which went to the creation of a website that will cross-promote exhibitions and keep readers up to date on Latinx events across the city.

Addressing inequities facing the Latinx creative community across the culture sphere — particularly pertaining to funding — is a chief concern of the alliance, Avila said.

Philanthropy for Latinx arts organizations across the U.S. has been on the steady decline, with about $14.9 million in grants given to such organizations in 2017, down from $40 million in 2013, according to the most recent data from Hispanics in Philanthropy, an Oakland-based nonprofit. By contrast, overall foundation assets and foundation giving in the U.S., according to the Chronicle of Philanthropy, was rising during that period. Despite constituting an estimated 18.5% of the population in the U.S. as of 2019, Latinx communities received only 1% of the country’s total foundation funding between 2013 and 2017, according to LatinxFunders.org, a data project run by HIP and Candid, a data collection and research nonprofit in New York.

“Often your grant is based off of your current budget size, not your impact,” Avila said. “It keeps small organizations small.”

The 47-year-old Self Help Graphics & Art, a community arts center in Boyle Heights that grew out of the 1970s Chicano movement, has a $1-million annual operating budget, but its funding, which comes primarily from grants, donors and earned income, doesn’t reflect its impact in the community, Avila said.

“It didn’t matter that, only five years ago, we had a staff of three people and a $350,000 annual operational budget; we were serving an audience of 25,000 to 30,000 people coming to exhibitions and participating in events and workshops. We’re bigger now, with an administrative staff of six, but we’re still catching up to our output.”

“Historical exhibitions, they’re not as sexy, but it’s part of our mission, and we’re committed to doing that,” Echeveste said. “But it’s hard — we have been chronically underfunded for a long time.”

LA Plaza receives about $1.7 million in county funds toward its $3.5-million annual operating budget. While it has received financial support from local philanthropic organizations, including the Mike Kelley Foundation for the Arts, the Annenberg Foundation and the Keck Foundation, it’s not had success capturing the attention of deep-pocketed arts funding foundations that are farther afield.

“We still have a long way to go to open the doors with some of those larger, national foundations based on the East Coast,” Echeveste said. “The Ford Foundation, the Rockefeller Foundation, the Mellon Foundation, the Warhol Foundation — they have little awareness of us and may have a mistaken perception of who we are and the role that we play. So by telling our story together, we can make a greater impact with those organizations.”

Key issues for the Museum of Latin American Art, said President and Chief Executive Lourdes I. Ramos-Rivas, are equity and visibility. The 24-year-old Long Beach museum is seeing increased media attention and donations this month, she said, because it is Hispanic Heritage Month; but that should be the norm, not a siloed response to an annual event, she said.

“The door is open in many different ways because there’s a celebration attached to it,” Ramos-Rivas said. “But instead of stereotyping or working within a specific time frame, we’re looking for support on a more permanent basis. We have to really work on this transition, where it’s not an exception to be a sponsor or give support to a Latinx art organization.”

Even the citywide excitement over 2017’s PST — for which the museum staged “Relational Undercurrents: Contemporary Art of the Caribbean Archipelago” — was fleeting, Ramos-Rivas said.

“At that moment we were relevant,” she said. “It emphasized Latinx and Latin American culture for a specific period of time in museums. But that’s not gonna happen with the next PST [in 2024]. They did not take our proposals this time. Is the Latinx art experience represented across the board or just waiting for that special moment?”

The Getty said it’s still early in the planning process for PST and there will be additional opportunities, over the next four years, for organizations to participate; it said it hopes to work with MOLAA in the upcoming “Pacific Standard Time: Art x Science x L.A.”

That identity struggle is compounded when granting gatekeepers have preconceived notions of the often low-income neighborhoods that SPARC serves, Rogel said, citing South L.A. and Pacoima as examples.

“When we face resistance from public and private funding sources to investing in new commissions or advocating for maintenance and conservation of these works, some of what comes up is, ‘Oh, it will just get damaged or destroyed a few months later,’ as if it’s not going to be taken care of by these communities. It’s almost like the idea of placing fine art in low-income neighborhoods and communities is an incongruous idea.”

A goal with the alliance, Rogel said, is to have conversations with policy makers about funding for community-based arts organizations and “for the audience that follows us at the alliance to better understand these challenges we face, individually and collectively.”

The scale and diversity of L.A.’s cultural scene can seem daunting to a small museum located on a college campus, even one doing ambitious, culturally-relevant programming. The Vincent Price Art Museum, which is part of East Los Angeles College in Monterey Park, is hoping the alliance will boost awareness of its very existence, said Vincent Price Art Museum Foundation board member Norma Fabian Newton.

“L.A. is very big and has so many amazing dynamic cultural institutions, but sometimes it can be a little easy to get lost,” Fabian Newton said. “Our main hope as a member of the alliance is that it will act as a springboard to really help elevate the work.”

Vincent Price receives funding from the college and has held exhibitions in partnership with the Los Angeles County Museum of Art, and its foundation has made joint acquisitions with LACMA. But being situated on a college campus also comes with unique challenges, Fabian Newton said. The campus — and museum — will be closed because of COVID-19 at least through the spring 2021 term.

“So while other organizations may open their doors and use other mechanisms, like timed visits, to continue to be in dialogue with their communities and to continue to showcase the work, we won’t be able to do that,” Fabian Newton said. “How do we continue to bring awareness to the type of work we’re doing, which is also work around inclusion and equity in the art world? The communications and press that the alliance can help bring is critical.”

The Latinx Arts Alliance is brainstorming ideas for collaborative exhibitions and programming. It’s receiving new member requests and will start developing the membership program next year.

“As soon as we launched, folks were like, ‘Sign me up.’ The enthusiasm was exciting,” Avila said. “But in some ways, it’s good to start small and scale up so that it is sustainable.”

Tue Oct 6 , 2020
Dragon Ball AF was never a story that was officially part of the canon of the anime franchise created by Akira Toriyama, instead it was a fan sequel created to move along the story following the original conclusion of Dragon Ball Grand Tour, but one fan has brought back this […] 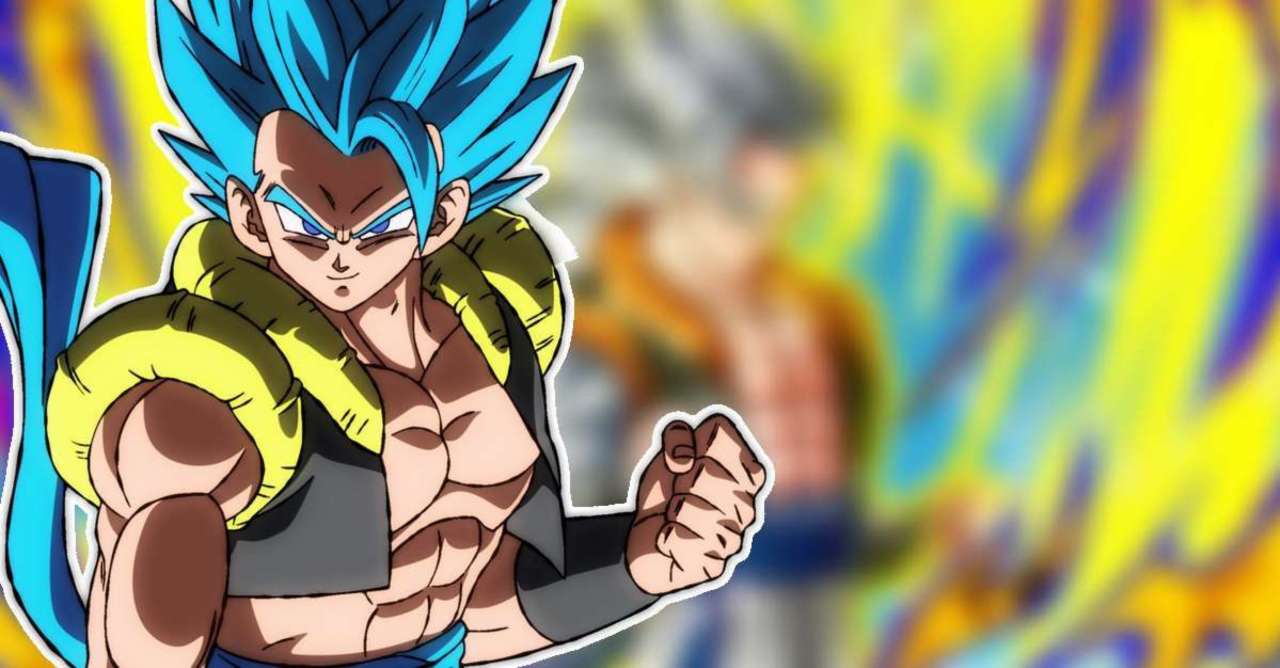