Lee is known for her striking public sculptures and her new work Secret World of a Starlight Ember – a more than five metre wide polished stainless-steel sculpture pierced with thousands of tiny holes – has been installed outside the museum as part of the exhibition. Lindy Lee’s The Silence […]

Lee is known for her striking public sculptures and her new work Secret World of a Starlight Ember – a more than five metre wide polished stainless-steel sculpture pierced with thousands of tiny holes – has been installed outside the museum as part of the exhibition.

Inside, the show begins with works from the mid-1980s in which Lee photocopied images of Renaissance paintings. These are juxtaposed with works Lee made this year from “flung” molten bronze. Lee’s choice of materials is deceptively simple, how she uses them reveals deep consideration. In the photocopies, faces painted by van Eyck and Titian peer out through layers of toner, mis-registered and blurred. These introduce us to Lee’s grappling with her sense of identity as Australian and Chinese, being neither quite one nor the other, or a “bad copy” as she has put it.

In the next room, a series of paintings in which images of Renaissance artworks are excavated from dark waxy surfaces epitomise the way Lee uses gestures of vigour, dynamism and even violence yet resolves them with a quiet aesthetic strength.

The exhibition traces Lee’s shift from using found images from art history to photographs from her family archive. A powerful example is Birth and Death, an installation of concertinaed images from past generations of Lee’s family. Here, as in other works from this time, colour is used simply yet to powerful effect, energising archival imagery that could otherwise seem inert.

At the far end of the gallery, No Up, No Down, I am the Ten Thousand Things sees Lee’s “flung ink” paintings burst like confetti across the gallery. The oblongs scattered over the walls, ceiling and floor are a visual shock, their corners released from neat formation, floating and jostling.

While Lee’s multi-panel works draw connections between abstract expressionism and mediation, her more recent works feature thousands of holes bored in paper and metal. Her new work Moonlight Deities is a large-scale example. Metallic-looking perforated paper is suspended throughout the space, casting cog-like shadows that envelop the viewer.

Further on, more delicate works on paper contain holes formed by fire and left in the elements. Water and fire are used in a literal sense in Lee’s practice, but elemental qualities are also captured in Lee’s overall approach to materials and processes – flung ink, flung bronze, burnt holes, cast shadows. The title of the exhibition refers to the microcosmic and macrocosmic, not only in terms of scale but also time – the fleeting moment in which ink or bronze is flung, and the thousands of years over which a scholar’s rock is forged.

One doesn’t have to be familiar with Buddhist philosophy to feel the impact of these ideas. Lee’s deep understanding of Zen concepts translates into beautiful artworks which resonate with shared humanity. Her works are an exploration of her own identity but they speak to every individual’s process of searching for who they are.

Mon Oct 5 , 2020
The May cancelation of Art Jakarta, Indonesia’s premier art fair that had been scheduled for August 28-30 at JCC Senayan, came as no surprise to the regional art world. The year 2020 initially spelled disaster for international art fairs. The disruption began in Asia with the social unrest in Hong Kong […] 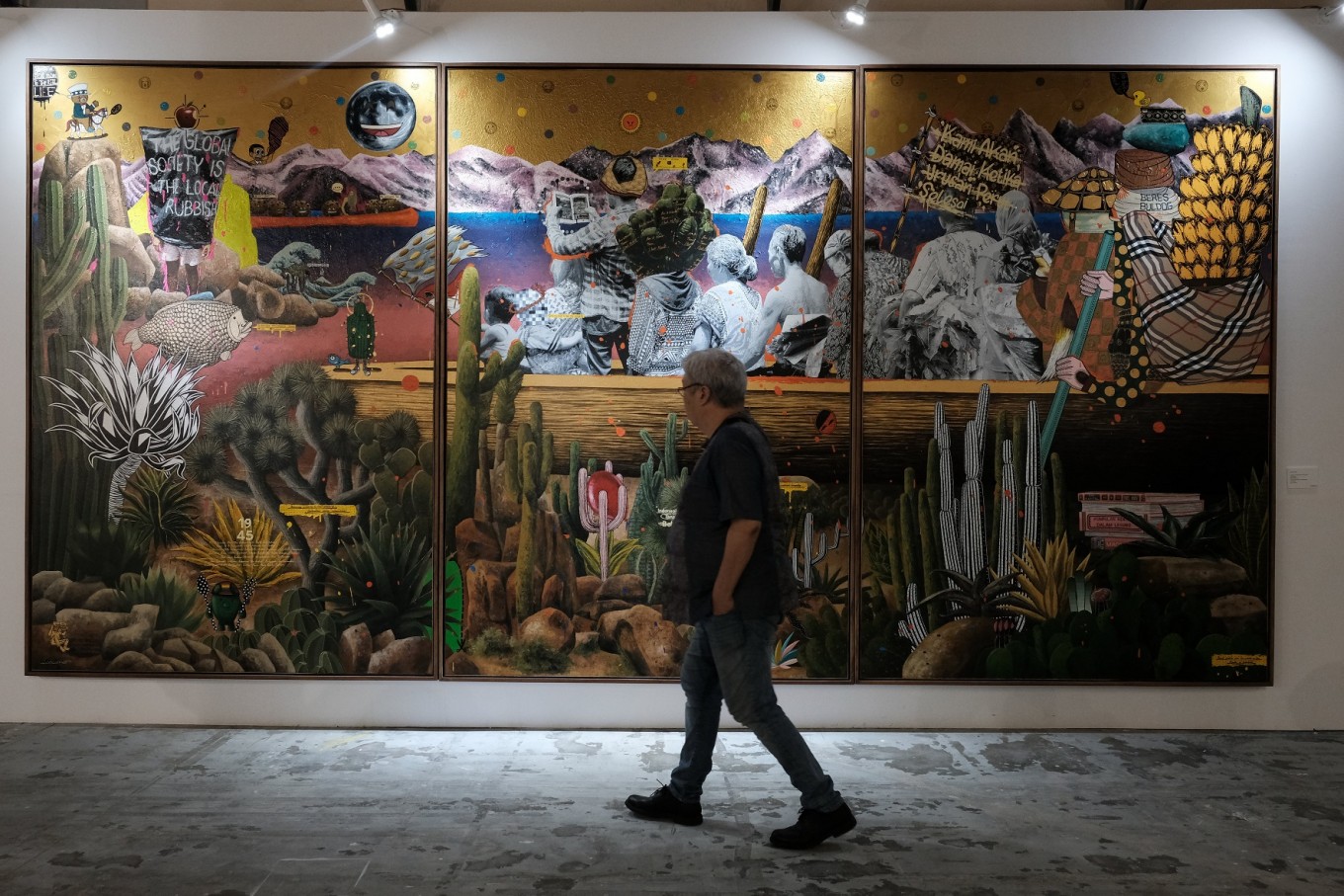