‘Pivot” – to stay on the spot while turning to a new direction – is a word much bandied about in cultural organisations right now, as they look for ways forward while the Covid crisis has suspended normal activity. Like all live arts, dance has pivoted heavily towards the screen, […]

‘Pivot” – to stay on the spot while turning to a new direction – is a word much bandied about in cultural organisations right now, as they look for ways forward while the Covid crisis has suspended normal activity. Like all live arts, dance has pivoted heavily towards the screen, and to “blended” on-site and online access. Fortuitously, screen arts are simultaneously turning towards the live: this year, the BFI London film festival launched LFF Expanded, a new strand dedicated to virtual reality, extended reality, augmented and mixed realities, immersive and 360° experiences – a ragtag set of labels all trying to capture the sense of “convergence” (as the lingo has it) between recorded, virtual and live experiences.

I went to LFF Expanded on site at London’s BFI Southbank (it’s online too, but you don’t get headsets, or help at hand) to find out how dance and VR/XR are interacting. Acqua Alta (on-site only) is a delightful pop-up book – yes, just white paper and black ink – by French company Adrien M & Claire B. The 10 spreads fold out into different scenes from the story, but the magic comes when you view them through a computer tablet: two inky silhouettes – miniature, motion-captured versions of dancers Dimitri Hatton and Satchie Noro – emerge from the paper and step and swirl around, off and up from the page. The enchantment comes not from deceiving our senses – the illusion is entirely undisguised – but from the superimposition of animated fantasy on to material reality.

Bruno Martelli and Ruth Gibson’s Dazzle Solo is titled as such not because it has a solo performer, but because it is a single-user version of an interactive, multi-user gallery installation, currently on hold. As for “dazzle” – well, imagine a cross between Oskar Schlemmer, Bridget Riley, Merce Cunningham and a liquorice allsort, and you get a sense of the vibe. Its inspiration was the legendary Chelsea Arts Club Ball of 1919, where partygoers dressed up to imitate the black-and-white dazzle camouflage (AKA razzle-dazzle) used on naval ships. In Martelli and Gibson’s environment, you can jump between different scenes, each with their own giddying perspectives, algorithmic choreography and psychedelic dancing figures – humanoid, geometric or entirely abstract – that can pass right through you like digital ectoplasm. It’s pure fantasy – and dazzling though it is, the rarefied solo experience feels a little self-isolating. I can imagine the unquarantined gallery installation being more of a ball.

Toby Coffey’s All Kinds of Limbo is another single-user version of a “multiplayer” project, this time developed in response to the National Theatre production of Andrea Levy’s Small Island (and inaugurating a partnership between LFF Expanded and the NT’s Immersive Storytelling Studio). It is indeed much closer to theatre: song-and-dance numbers performed by Nubiya Brandon that track a Caribbean lineage in British music – calypso, reggae, grime – albeit in sets that are cinematic rather than stagey: a long, lonely street, a cartoonishly treated backing band, a room of digitally melting colours. Crucially, Brandon appears volumetrically real: three-dimensional, with a swing to her moves, and she catches your eye as she sings. Simulation of course, but with a palpably physical effect: I couldn’t help but bop along.

Gimme One by Harry Silverlock and Montague Fitzgerald is in some ways a standard film documentary – slices of life intercut with seated people giving viewpoints, and stitched together with links, illustrations and interludes – but it uses a 360° film format, motion capture and volumetric filming to particular effect: to open up what you might call a virtual safe space between subject and viewer. The film was co-created with a British ballroom community – a network of LGBTQI people, especially of colour – and it explores how music, costume and vogue dance engenders the ballroom itself as a safe space of expression and connection for them. The VR format gives the viewer a vivid experience of that space without physically intruding upon it. Multisensorial voyeurism, a new means of self-representation or a bridge for embodied understanding? A fluctuating mix of all three, I guess.

After visiting LFF Expanded on site I spoke to some of the artists (online, of course) to get their take on this mixed, fluctuating scene. They all point to the nascent stage of the technology, at what Silverlock calls the “VHS” phase of development: workable, a bit clunky, but improving fast. Still, it’s not primarily the technology that interests them but the opportunities it affords. Coffey says that creators should “understand the art as much as the technology”, and he therefore doesn’t see audiences restricted to tech-savvy, digitally native youngsters: “If we create compelling work, it’s for all ages.”

It’s clearly a very hybrid field, on which all kinds of people are meeting, with different motives. “We have amazing creators in this space from theatre, dance, from music, film-making and fashion,” says Ulrich Schrauth, programmer for LFF Expanded. “I have no idea where we are heading but it’s fascinating to see it evolving.” Covid-19 has turbocharged that process: projects may be on hold, but it’s a different story behind the scenes. “We’ve never been as busy,” Gibson tells me. “It’s been really crazy!” Is this the sign of a new direction? I think so; for these are pivotal times. 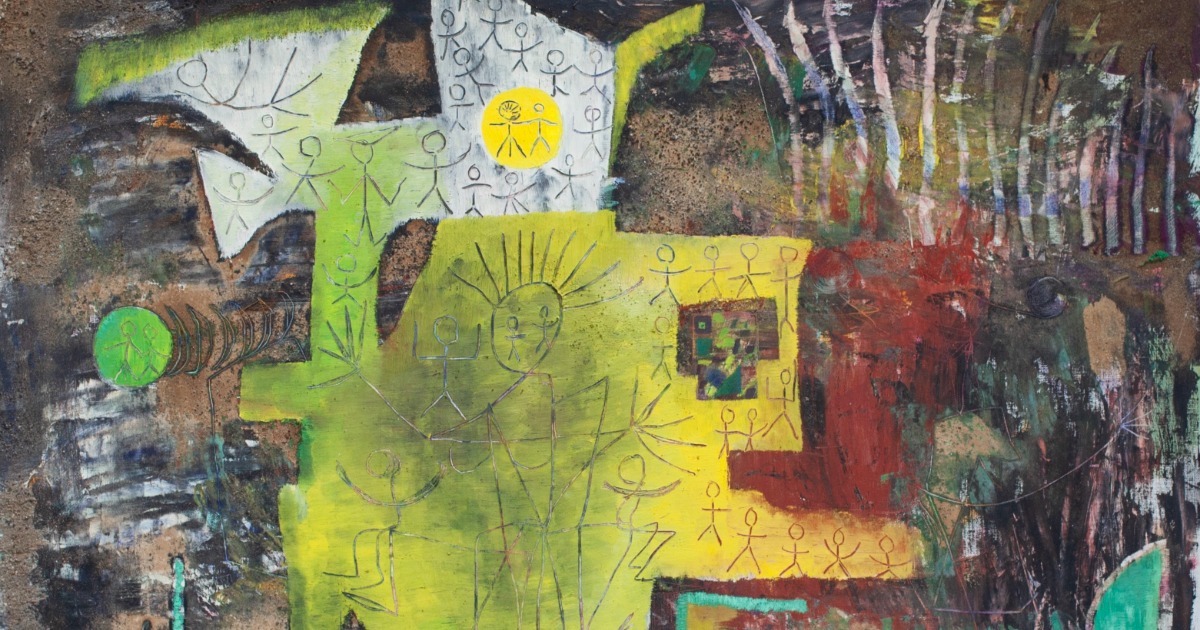