BENTONVILLE, Ark. — When I was a fledgling shutterbug in my 20s, I was entranced by the style and techniques of iconic photographer Ansel Adams. His black and white photographs of the American West captivated me with their use of light and contrast, making them nearly mystical in their stunning […]

BENTONVILLE, Ark. — When I was a fledgling shutterbug in my 20s, I was entranced by the style and techniques of iconic photographer Ansel Adams.

His black and white photographs of the American West captivated me with their use of light and contrast, making them nearly mystical in their stunning beauty. I was smitten with his style. I worked at developing an eye for stark plays of light as I searched for the right angle to snap a photograph. In my darkroom, I tried his techniques for deepening contrast to capture more drama in my photographs. Still, I knew I could only dream of rising to the level of expertise he had accomplished in black and white photography.

I caught myself once again acutely studying his style and techniques when I visited “Ansel Adams in Our Time,” the latest focus exhibit at Crystal Bridges Museum of American Art. The exhibit, organized by the Museum of Fine Arts in Boston, is on view until Jan. 3.

While the backbone of the exhibit is Adams’ photographs, his works are displayed alongside the photographs of 24 of his predecessors and successors — Carleton Watkins, Mark Klett and Trevor Paglen among them — who echo his style. Of the exhibit’s 100 pieces, 80 of them are by these photographers, who help give perspective to Adams’ work and expose its timelessness. The photographs span from the 19th century to today, and they feature Adams’ most iconic photographs of national parks, including “Moon and Half Dome, Yosemite National Park,” “Clearing Winter Storm, Yosemite National Park,” and “The Tetons and Snake River, Grand Teton National Park, Wyoming.”

As a survey of Adams’ four decades of photographic work, the exhibit focuses primarily on what built his fame — his photographs of national parks. This transforms it into a documentary exhibition of the American West and its parks. Through primarily black and white photographs, Adams and the other photographers give testimony to the grandeur of our parks and the importance of preserving them.

Exhibit story boards explain that photography played a critical role in establishment of our national parks. When our earliest parks — Yellowstone and Yosemite — were established in the 19th century, their dramatic views that were captured by photographers drew much public response. Ultimately, it led the government to take action to protect them from private development. With this, Adams recognized the power of photographs as tools for environmental activism.

In 1941, Adams was commissioned by the U.S. Department of Interior to photograph our national parks, but the project was cut short by World War II. He later received a Guggenheim Fellowship to do the work.

While the exhibit includes photographs from Yellowstone, Olympic, Mesa Verde, Carlsbad, and Kings Canyon national parks, among others, its most recognizable photographs are of Yosemite, a visual and emotional touchstone for Adams. His photographs of its spectacular granite peaks, lakes, rivers, and waterfalls inspired the public to visit the park in growing numbers.

The treachery Adams endured to capture these photos is documented in an exhibit video by his wife, Virginia Best Adams, an intrepid mountaineer. It shows difficult clambering up granite, ice and snow using climbing ropes to achieve the best vantage points for photographs. Sometimes, it placed Adams in precarious, nearly cliff-hanging positions. A story board also details how he waited a week in an Alaska ranger’s station until the weather was perfect to snap photos. These are the makings of a quintessential photographer who gains enduring fame.

Although Adams focused primarily on pristine wilderness images throughout his career, he did divert from the natural world to shoot urban landscapes, a few of which are included in the exhibit. They feature urban sprawl, freeways, graffiti, ghost towns, and dispossessed inhabitants of those places. It includes some of his rare color photographs, a series of San Francisco’s Golden Gate Bridge.

This is an exhibit of stunning landscapes that speak of the importance of preserving our natural settings and national parks. While black and white photography may not appeal to some people, it is used so effectively that it creates drama that may be lost if it were in color.

Tickets for the exhibit are $12 for non-members and free for members, veterans and children age 18 and younger. Timed visits are being scheduled to meet the state’s limited capacity guidelines under the coronavirus. These may be scheduled through the museum website, www.crystalbridges.org. Masks are required in the museum.

The museum also recently opened its second season of the North Forest Lights, a nighttime outdoor exhibition set along its walking trails. This is a light and sound experience of five installations immersed in the woods.

While I found it a mystical and somewhat meditative experience, its setting in the darkness created some difficulty.

While the main trail is well lit, the secondary paths to the installations are not. It’s difficult to find them without the help of museum guides. At one installation, I lost the curve of the trail and ended up walking into the woods. After finding the trail again, I almost stumbled over someone who I could not see sitting on the ground.

The exhibit is open after sunset Friday through Sunday, and it also requires timed visits. Tickets are $22 for non-members; $15 for members; $10 for youth ages 7 to 18; $7 for members ages 7 to 18; and free for ages 6 and younger. It runs to next April.

Neil Hawkins on the environment, arts and the Midland dam break

Sun Sep 27 , 2020
Was it a big change to leave corporate life after 31 years to join a private foundation? Because I had been on the board of the Erb Family Foundation for five years, I was pretty familiar with it. But it was a change, going from 600 employees in my global […] 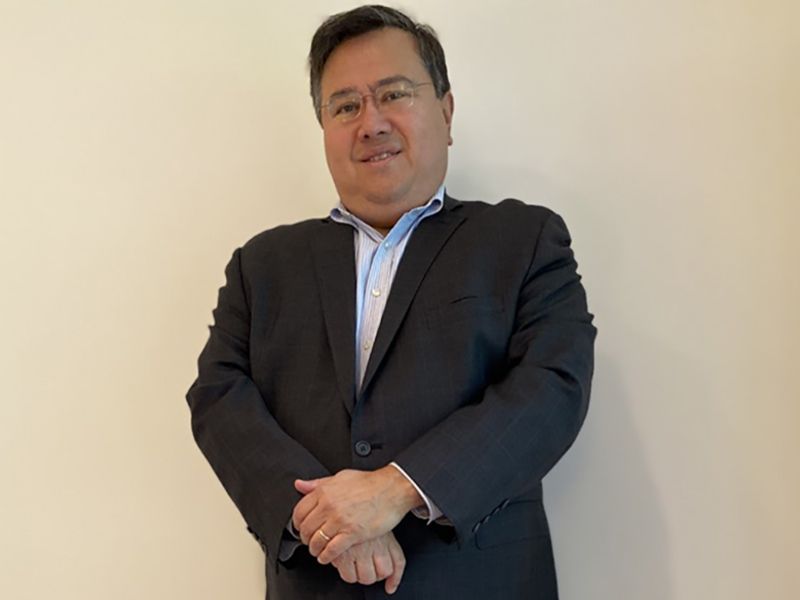