Maybe Sammy in Sydney has been named the winner of the Michter’s Art of Hospitality Award as part of The World’s 50 Best Bars 2020. Established to recognize the importance of hospitality in any bar experience, the award is voted for by 540 members of The World’s 50 Best Bars Academy. These industry experts are asked to name the institution where they received the single best hospitality experience during the voting period.

This is the first of a series of special awards to be announced in the month leading up to the digital countdown of the annual list on 5th November 2020. During extensive consultations with the bar sector, the 50 Best organisation received widespread support for releasing a ranking that aims to bring the community even closer together and provide positive news for bars as they enter the next stage of recovery from the global pandemic. The announcement of The World’s 50 Best Bars 2020, sponsored by Perrier, follows on from the work of the 50 Best for Recovery programme, which has to date raised $1.25m for hospitality venues across the globe.

Mark Sansom, Content Editor for The World’s 50 Best Bars, says: “The Michter’s Art of Hospitality Award was first introduced at Asia’s 50 Best Bars 2020, and we are very pleased to continue honouring the best in hospitality on The World’s 50 Best Bars stage. Right now, the hospitality experience is a key component of ensuring guests have the confidence to return to their favourite bars all over the world. Stefano Catino, Vince Lombardo, Martin Hudak and Andrea Gualdi are true champions of hospitality, sparing no detail in perfecting Maybe Sammy’s guest journey, from its innovative cocktail list to the of-the-moment bar design. Our heartfelt congratulations to the team for this well-deserved win. I hope that their trademark bubble guns will be popping tonight.”

With the collective experience of an award-winning bartending team assembled from some of the best bars in the world, Maybe Sammy provides a level of service that bears the hallmark of a high-end hotel bar and an interior influenced by 1950s Hollywood and Las Vegas glamour. It was awarded The Best Bar in Australasia at The World’s 50 Best Bars 2019, placing at No.43 just nine months after opening. On the cocktail list, the Signature Selection features contemporary interpretations of classic cocktails named after iconic Las Vegas haunts, while the High Rollers section showcases inspired libations from mini martinis to house-roasted coffee concoctions.

Stefano Catino, co-owner of Maybe Sammy, says: “We are honoured by this award and humbled to be globally recognised for our efforts. For Maybe Sammy, hospitality isn’t just a word – it’s what we take pleasure in providing to every person who enters the bar, and we are so lucky to have a team that loves interacting with people. This has been a challenging year for the bar industry, but our focus has remained on taking care of our guests and delivering them an experience that delights and exceeds expectations.”

Matt Magliocco, Executive Vice-President Michter’s Distillery, LLC, says: “We are delighted to present the Michter’s Art of Hospitality Award to Maybe Sammy. With their good cheer, superb drinks, and constant focus on guest experience, the Maybe Sammy team embody great hospitality. We congratulate them on this terrific recognition.”

About The World’s 50 Best Bars

How the voting works

The list is compiled by votes from The World’s 50 Best Bars Academy, which comprises more than 540 drinks experts with 50/50 gender parity, including renowned bartenders and consultants, drinks writers and cocktail specialists from around the world. The Academy of voters is spread across 20 global geographic regions, headed by an Academy Chair who selects their region’s voters, with the distribution of voters designed to reflect the relative development and sophistication of the drinks sector, and the concentration of quality bars, in each region. Each voter casts seven votes, based on their best bar experiences of the previous 15 months (due to the pandemic, this year’s voting period ran from January 2019 to March 2020), of which at least three must be for bars located outside the voter’s country of residence, except in the instance of USA, where they must vote for at least three bars outside their home state. Voters are required to remain anonymous and voting is confidential, secure and independently adjudicated by Deloitte.

Based in Louisville, Kentucky, Michter’s celebrates an extraordinarily rich heritage tracing back to 1753. The Michter’s team spares no expense in its efforts to produce the greatest American whiskey possible, with tremendous attention given to every step in the production process. Michter’s has received extensive critical acclaim for its line of Bourbon, Rye, Sour Mash, and American whiskeys.

Arctic art: ‘no part of an animal goes unused’

Mon Oct 12 , 2020
Think of the Arctic and a vast expanse of snow and ice probably comes to mind. The region is not usually known for its art, nor is it famous for its culture, even though it has been inhabited by humans for more than 30,000 years. But that may be starting […] 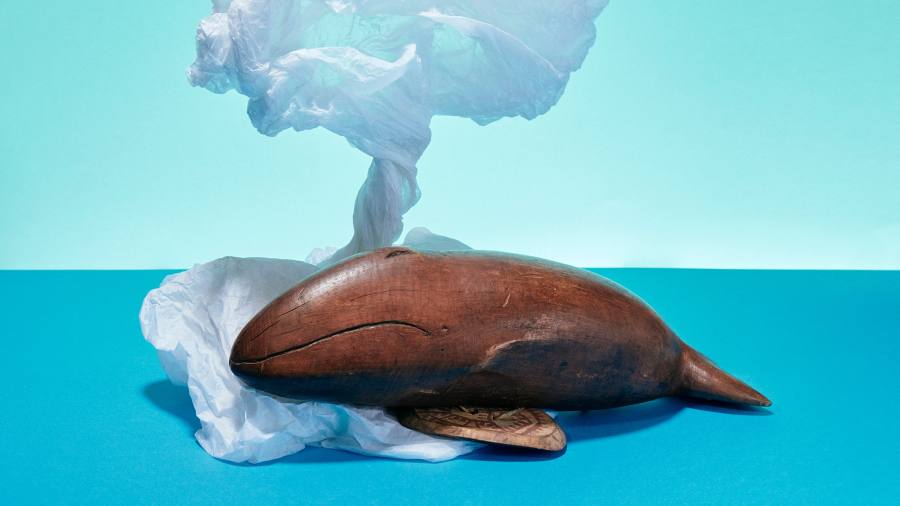