BROOKLYN, NY — A lot has changed since Curtis Harris threw his hat in the ring in December to replace term-limited City Council Majority Leader Laurie Cumbo. Fundraising, campaigning and even much of the work for his nonprofit Green Earth Poets Cafe moved online as the coronavirus crisis gripped New […]

BROOKLYN, NY — A lot has changed since Curtis Harris threw his hat in the ring in December to replace term-limited City Council Majority Leader Laurie Cumbo.

Fundraising, campaigning and even much of the work for his nonprofit Green Earth Poets Cafe moved online as the coronavirus crisis gripped New York City.

Retiring from his job as an accountant in April, Harris began his days trying to help his neighborhood rebound, volunteering at a Crown Heights food pantry or cleaning up Fort Greene Park.

And he doesn’t expect that to change by the City Council election in 2021.

“A lot will have to take a back burner — we have to focus on people’s immediate needs right now,” Harris said when asked about his goals should he be elected. “Priorities right now are COVID-19 relief.”

Harris is one of nine candidates that have so far joined the race for Brooklyn’s 35th District, which includes Fort Greene, Prospect Heights, Clinton Hill and parts of Crown Heights and Bed-Stuy.

The first-time candidate said he decided to run after growing “sick and tired of being sick and tired” of problems the problems that face his district, namely a lack of affordable housing. Harris has served on four committees with Community Board 8, including the Housing and Land Use Committee.

Many of the problems he noticed have only intensified with the pandemic, he said.

“We are dealing with people who are housing insecure and healthcare insecure…Our food pantries are bursting at the seams,” Harris said.

Harris said he plans to fight for universal healthcare and eviction prevention for both residential and commercial tenants should he be elected.

Also on the agenda will be relief for arts organizations, given his position as the self-proclaimed “arts and culture candidate” in the race. Harris, whose father was a jazz musician, is the executive director of Green Earth Poets Cafe, which helps at-risk youth and seniors through poetry or performing.

“This is an arts and culture district…and a lot of these institutions have had to close their doors,” Harris said, pointing to Brooklyn Academy of Music, Barclays Center and others. “I will have them in my heart always because I’m an artist and in this district, artists must survive.”

Harris currently stands second in terms of fundraising to frontrunner and former Cumbo staffer Crystal Hudson, a position he said he is proud of given the grassroots nature of his campaign.

On the ballot, Harris will run as a Democrat, though he considers himself a socialist and will seek the endorsement of the Democratic Socialists of America as well as the Kings County Democrats.

Sun Sep 27 , 2020
Sarah Morris and Alexander Kluge’s Cats in Space (2020) Courtesy of the artist and König Galerie The online marketplace gets even busier next month with the launch of Daata fair (5-25 October), a new platform for video and digital works due to coincide with Frieze’s virtual fair (Frieze viewing room, […] 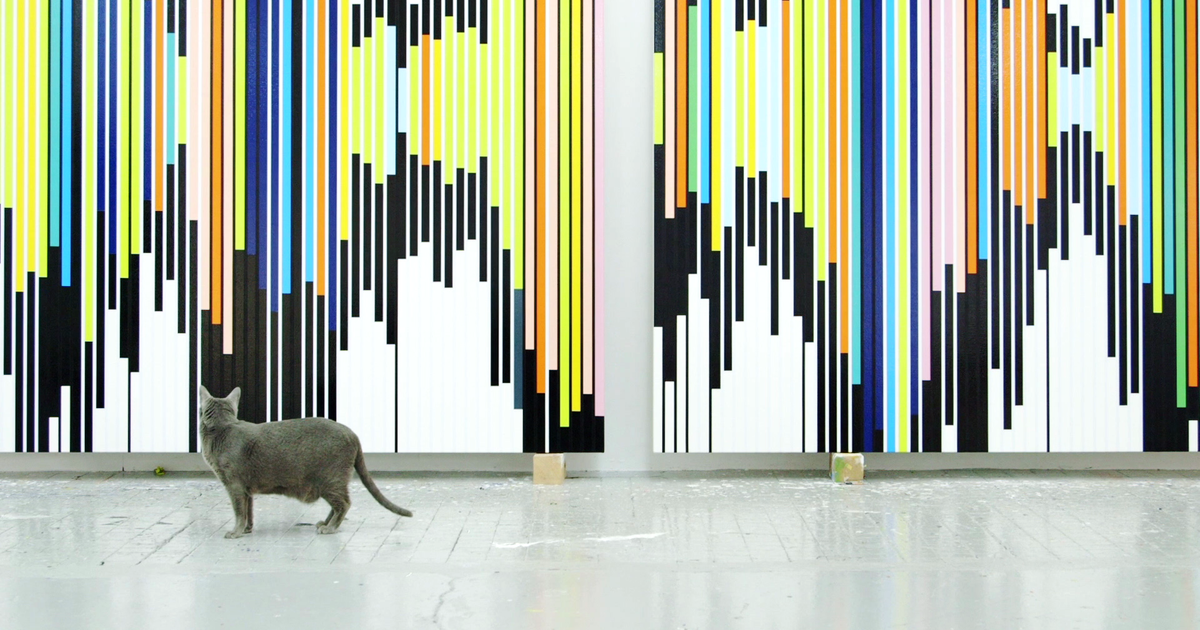