As the nation grapples with tensions over cases of police brutality, a small Miami company says it’s found a successful niche selling pro-law-enforcement “challenge coins” and pins online. The company, LEO Challenge Coins, hawks collector-type coins that depict police badges and emblems from agencies from around the country, plus body […]

The company, LEO Challenge Coins, hawks collector-type coins that depict police badges and emblems from agencies from around the country, plus body armor, rifles, American flags, President Donald Trump in heroic poses and even Baby Yoda wearing a coronavirus mask.

But one coin depicting a Virginia trooper — who earned online notoriety for cursing and preening to the camera during a video-recorded traffic stop — is drawing heat, including from the state itself. Virginia’s Secretary of the Commonwealth this week issued a cease-and-desist order to the Miami company, threatening fines and even jail time because the coin displays the state seal.

“As keeper of the Seals, I request that you cease such usage and remove any representation of the seal of the commonwealth of Virginia,” Secretary Kelly Thomasson wrote in a letter, which threatened a fine of up to $100 or up to 30 days in jail.

The company’s owner, Louis Gregory, a Miami music producer and former high-ranking U.S. Department of Homeland Security official, says he has no intention of stopping sales.

“This is hand painted pop art,” Gregory, 42, wrote back in an email to the secretary. “This coin is a parody and by no means conveyed in any other means.”

In an interview, Gregory said he now plans to donate all the proceeds from sales of the coin to a charity benefiting children of slain officers.

“We’re in the middle of a pandemic and they have nothing better to do?” said Gregory, who retired last year as the director of planning and programming at U.S. Customs and Border Protection.

There has been intense scrutiny on law-enforcement tactics — and the portrayal of police officers in media, TV and movies — since the death of George Floyd at the hands of Minneapolis police in May. Unprecedented protests against police brutality and racism took place across the country, leading to some civil unrest, clashes with pro-police groups in the streets and political furor fueled by President Trump.

The coin depicts Virginia State Trooper Charles Hewitt, who went viral after video surfaced of him cursing and playing to the camera while pulling a Black motorist from his car during a traffic stop in 2019.

The video showed Hewitt, who is white, ordering motorist Derrick Thompson to get out of the car, smiling to the camera and saying “watch the show, folks.” This month, a Virginia prosecutor said while Hewitt “could have used a more appropriate demeanor,” the trooper did not break the law in arresting the man.

The challenge coin features phrases from the video — including “How do you like that motherf—er?” and “I’m a f—ing specimen right here buddy” — as well as a stylized image of Hewitt pointing at the driver.

The creation of the coin flabbergasted Thompson’s attorney, who called it “outrageous” and said it celebrates a police “culture of impunity.”

“If this is art, it’s tasteless,” said lawyer Joshua Erlich, of Arlington, Virginia. “But my concerns have nothing to do with artistic merit, but whether or not it’s indicative of the behavior [police officers] think they should emulate. That attitude is dangerous.”

Gregory, who is also a mixed-martial arts promoter and hip-hop producer known as Uncle Louie, designs the artwork on the coins and insists they are meant to “spark conversations.”

He points out that the company’s website, which touts “the beauty of diversified ideas and people” and stands “against racism,” also sells challenge coins featuring former Presidents Barack Obama and Bill Clinton, and U.S. Sen. Bernie Sanders.

“I don’t think it’s celebrating anything. It’s a neutral message,” Gregory said of the Virginia coin. “It has four quotes from the incident. It’s just like watching the video. It’s up to you to decide what you feel is right or wrong.”

David Ovalle covers crime and courts in Miami. A native of San Diego, he graduated from the University of Southern California and joined the Herald in 2002 as a sports reporter.

Wed Oct 7 , 2020
After placing a Palo Alto public art program on the budgetary chopping block earlier this year, the City Council had a change of heart on Monday and agreed that the city cannot afford to lose the whimsy and creativity that it brings to local streets and buildings. The “percent-for-art” program, […] 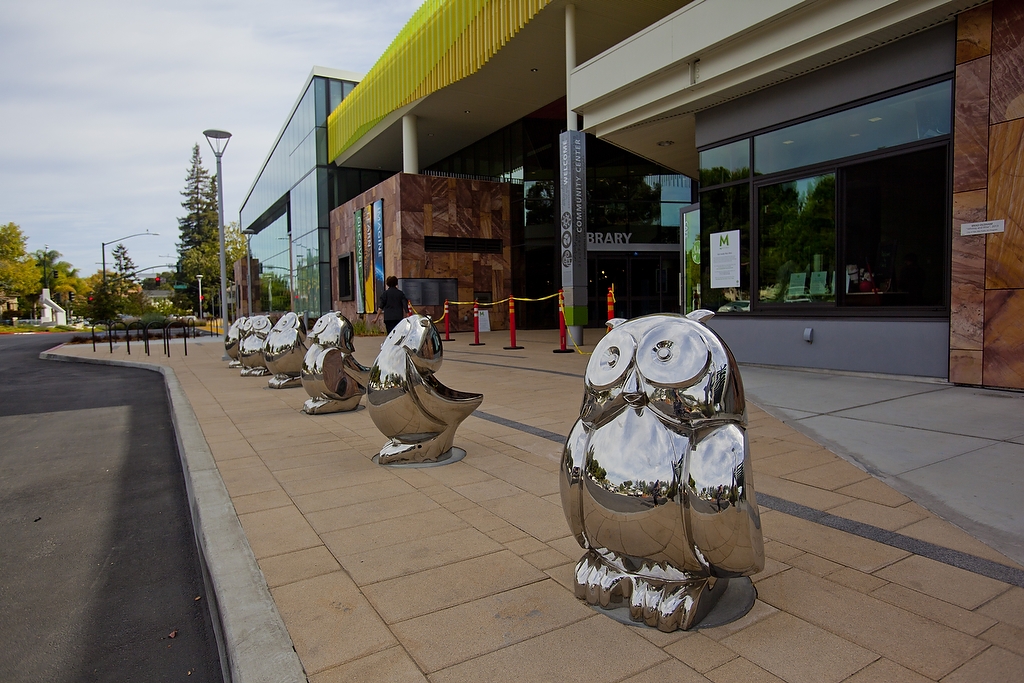