The moon jars are not immaculate creations — they’re slightly wonky, with many tiny imperfections and signs of wear, but they convey an extraordinary sense of purity. Looking at such a jar, one begins to understand the most fundamental idea of oriental aesthetics — that emptiness that is also a […]

The moon jars are not immaculate creations — they’re slightly wonky, with many tiny imperfections and signs of wear, but they convey an extraordinary sense of purity. Looking at such a jar, one begins to understand the most fundamental idea of oriental aesthetics — that emptiness that is also a fullness. It also hints at a spiritual dimension in the humble, handmade object.

Something similar happened to the photographer, Koo Bohnchang (b. 1953), when he encountered a piece of Joseon pottery, albeit in very different circumstances. Looking at a Japanese magazine, Koo scanned a photograph of a room and was struck by the presence of a white, porcelain pot. This brought back memories of another vessel in another photo — this time in company with an elderly European woman whom he later identified as the famous potter Lucie Rie.

Inspired by a newly kindled fascination for Joseon ceramics, and a feeling of sadness that they have been scattered across the world, far from the land in which their clay was gathered, Koo set off on a quest to photograph these artefacts in foreign museums and private collections. A selection from this series may be seen at the Korean Cultural Centre Australia, in the exhibition Light Shadow: Koo Bohnchang.

This is a doubly auspicious occasion. Not only is the KCCA proud to be hosting the first Australian solo show by Korea’s leading photographic artist, but it’s also the inauguration of a revamped exhibition space that has been completely re-thought by visual arts manager, Saeyoung Park. It’s a huge step forward for this venue.

The Joseon vessels are only one component of Koo’s vast and varied output but they represent a distillation of his two major preoccupations: time and light. Whether he is photographing masks, empty boxes, pools of water, cracked walls, used cakes of soap, or the old and worn relics by which relatives remember their war dead, all of Koo’s images make us acutely conscious of the passing of time, and way the identity of an object is altered by the play of light and shadow.

One could argue that such qualities are fundamental to the work of most photographers, but Koo is almost unique in the intensity he brings to bear on objects and surfaces. He makes us feel as if his images hold some secret or puzzle that can only be resolved by the most dedicated scrutiny.

If you think this is hyperbole, I urge you to go see Light Shadow.

Whereas most photographs may be sampled just as effectively in a book, these pictures need to be viewed on the wall. They are uncannily like paintings or drawings. The effect is obtained by varying the level of detail and the clarity of contours. Some edges are sharp, others slightly blurred, as if recorded with a brush rather than a lens. The vessels touch the ground so lightly they seem to have no connection with the law of gravity.

Technically, this is a remarkable feat, but Koo is more concerned with the image rather than the means of production. Using digital technology, he attempts to capture the same sense of presence one feels when standing in front of the actual pots. He wants us to experience that eerie sense of purity, the realisation that these objects provide us with a bridge to the past, a link with the people who lived in those times, those who made the pots and those who used them.

He has taken these material forms and imbued them with a metaphysical dimension, just as we find in Giorgio Morandi’s paintings of objects on a table and other great still-lifes.

“Metaphysical” is an elusive word, but it describes an elusive state: a particular quality that escapes and transcends the physical dimension. And while it’s useful to know that white had a special significance in the Joseon period, in the robes people wore and the Confucian values they espoused, that doesn’t account for how these pale vessels insinuate themselves into our consciousness. The mystery is hinted at in the title of the show: Light Shadow. Does light have a shadow? Are there lighter and heavier kinds of shadow? Science, as far as I know, says this is nonsense, but if we’re going beyond the physical, anything is possible.

A “light shadow” might be a penumbra, the “partially shaded outer region of a shadow cast by an opaque object”. We might also be describing an aura, another famously elusive term, meaning a particular atmosphere that seems to surround a person, object or place.

All this stumbling after words only serves to emphasise that these images have to be seen to be properly appreciated. The more one tries to analyse Koo’s photographs of Joseon vessels, the deeper one strays into erudition – perhaps false erudition – and the further from the realm of pure visuality in which they make their home.

This is an exhibition in which seeing is not believing but rather the opposite. The earthiness of clay becomes ethereal, the visible and invisible become intermingled. Koo has undertaken the impossible task of photographing the concrete and the ineffable – the object and its aura. What’s almost scary is that he appears to have succeeded.

John McDonald is an art critic and regular columnist with Good Weekend.

Fri Sep 25 , 2020
Remember Neil Buchanan, of Art Attack and the lesser remembered, but no less brilliant, Finders Keepers fame in the 1990s? Well, if you’ve been wondering what he’s been up to of late, we have some disappointing news. Neil Buchanan is not Banksy. Image: Banksy has produced several works throughout lockdown […] 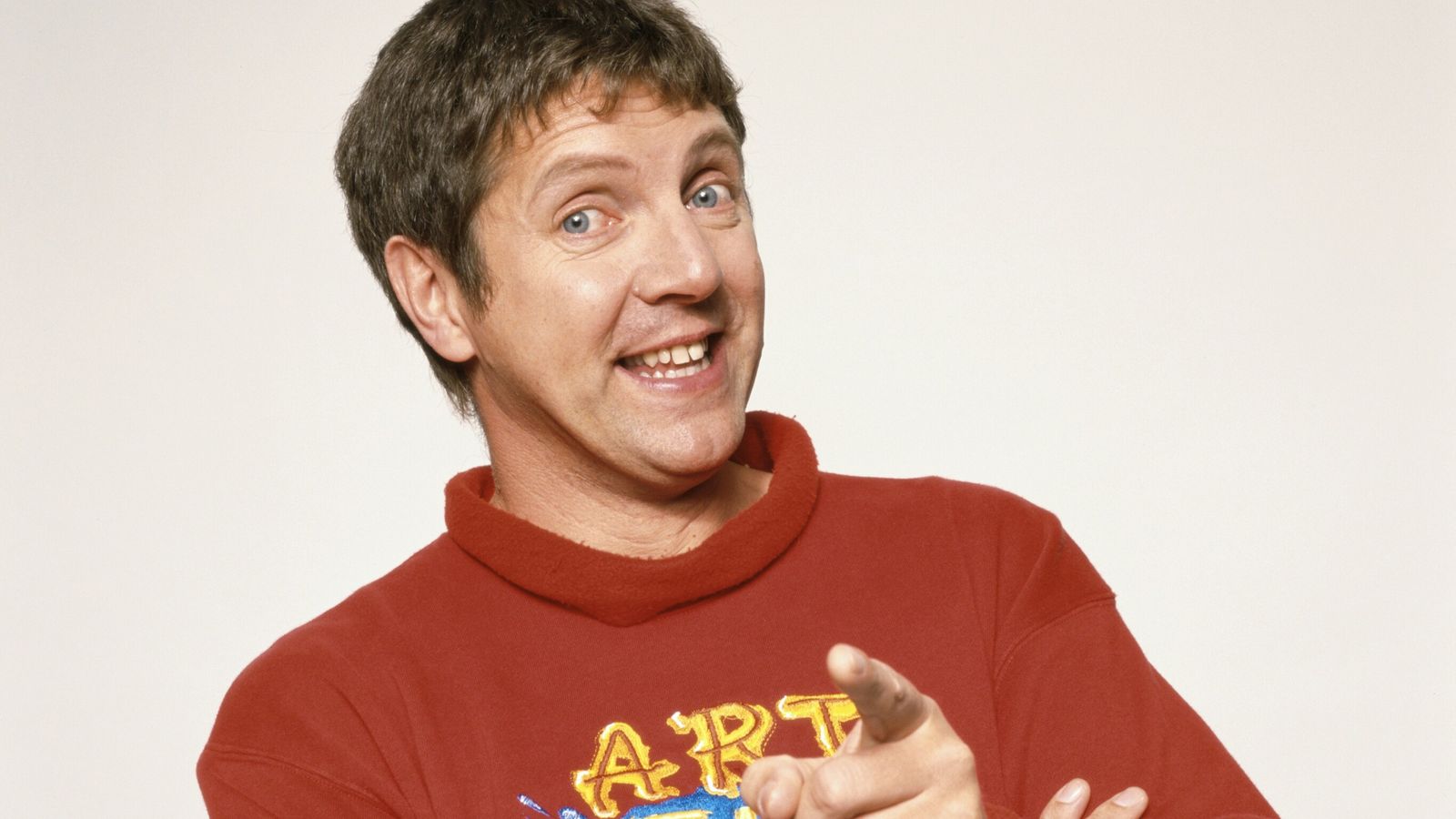