Was it a big change to leave corporate life after 31 years to join a private foundation? Because I had been on the board of the Erb Family Foundation for five years, I was pretty familiar with it. But it was a change, going from 600 employees in my global […]

Was it a big change to leave corporate life after 31 years to join a private foundation?

Because I had been on the board of the Erb Family Foundation for five years, I was pretty familiar with it. But it was a change, going from 600 employees in my global group to less than 10. It was like going from a Fortune 40 corporation to a small business. You do everything here. There is no one else; you don’t call the IT department or other people to do stuff for you.

So what drew you to the Royal Oak-based foundation?

A few different things. John Erb and I had been friends for more than a decade. We’d met at the University of Michigan, where we were both serving on the board of the Erb Institute. What appeals to me about the foundation is it really is a combination of all my interests. It’s got environment, Great Lakes, environmental justice and environmental health, the arts. And I liked that Erb was more Metro Detroit-focused because I was very tired of all the travel. I have two daughters, one a social worker at UM Medical Center. The other, my youngest daughter, who is 28, has autism and other related things. She lives in the community and is a very positive, high-impact person. I wish I were as happy as she is. She has hundreds and hundreds of friends and people she positively impacts. We think of having a child with autism as being part of a club. When I think about the people in my life who I know because of my daughter’s situation, these are some of the kindest people, the best friends that I have. And it’s because of Deborah being in my life. I wouldn’t have it any other way.

You and your wife still have a home in Midland, and you were there when the dams broke in the spring?

Yes, my wife and I are at our Midland home. Let me tell you, it was a scary night. We knew the dams were about to burst. We’re about 10 miles from Sanford Lake and about one mile from the river that the main water came through. The Michigan State Police came to our door and told us we needed to evacuate immediately. We went to my younger daughter’s house, which was not in the zone of evacuation. Our place is on higher ground, about 10 feet higher than the neighbor below us. That was enough that it kept our house dry. Closer to the water, people lost their whole houses. If you imagine Cass Lake in Oakland County breaking through and pouring down Woodward, that’s what happened, more or less, in Midland. It was a lot of water that went down through the rivers and creeks, and everything rose like 30 feet above normal levels. A friend of mine is the head of the task force working on solutions to rebuild the dams. They’re estimating it will take five years to restore these dams and bring the water back up.

The foundation supports several efforts tied to water doesn’t it? And it launched a new area of focus over the past year?

Erb foundation doesn’t address the dam issue, particularly. But we did do a new five-year strategic plan last year and reaffirmed our support in arts and culture in Metro Detroit, in Alzheimer’s disease and green stormwater infrastructure and the Great Lakes. We’re one of the largest funders of water quality in the Great Lakes. The new area we’re emphasizing is environmental health and justice in Detroit. In particular, we’re going to be working on lead exposure to children and asthma. Detroit is among the worst metro areas for those two issues in the country. We have grants oriented toward awareness, public policy and ways to get to more cost-effective abatement of lead. Most people think of lead paint inside the house and kids eating it. It’s really that over time the paint gets chalky and comes off on the outside of the house and on the inside. Then it becomes dust, gets into the soil and kids track it into their houses. There aren’t enough contractors certified to do the abatement. In January, we sponsored trainings for contractors so that they could be certified in lead abatement.

The foundation is also a big supporter of the arts and developing cultural district downtown?

We want to make sure as they design the connectivity of the different institutions that they examine green stormwater infrastructure to control the rain water and prevent sewer overflows into the Detroit River. If you have green stormwater infrastructure with vegetation and the right design, it tends to be beautiful and parklike and can make a dramatic impact controlling water off streets and roads. We are an arts funder, but the reason why we’re there is because of the environmental aspect. We’ve also been working really hard to support the arts, especially during COVID because they’ve been hard-hit with lack of ticket sales and also fundraising. We’ve given more money in general operating support to the legacy cultural organizations we’ve been giving to for the entirety of our foundation’s life.

What do you do in your spare time?

I’m very interested in documentaries and nonfiction books dealing with important issues. Recently, I watched a documentary about the making of “The Dark Side of the Moon,” the Pink Floyd album. I just find it fascinating to learn about how a masterpiece album like that was created, and I don’t mean technically. They got into the culture and zeitgeist of the time in every song. And one of the songs came from a Miles Davis song. I like to learn the back story on how and why things happened. I think that’s how you truly appreciate art or help improve public policy. I recently read a book about the flu we had 100 years ago. When you go back and look through that, it’s amazing. Everyone is wearing masks. It’s essentially the same as it is today, but we had to go through and relearn again that that’s what we needed to do.

What surprises people most about you?

Most people think of me as a technical kind of person, but I’m actually very art-oriented, in particular with theater and film. I used to be on the board of Purple Rose Theatre. I’m highly involved with professional theater as well as community and youth theater. I have acted in the past. I’ve created theater series, I sponsor new screen writers and directors at multiple theaters.

Sun Sep 27 , 2020
Sword Art Online: Alicization might have come to an end with the final episode of the War of Underworld arc this Summer, but now one artist is channeling Asuna Yuuki’s Goddess look for one stunning cosplay! The Alicization saga was the largest undertaking for the anime yet, but it was […] 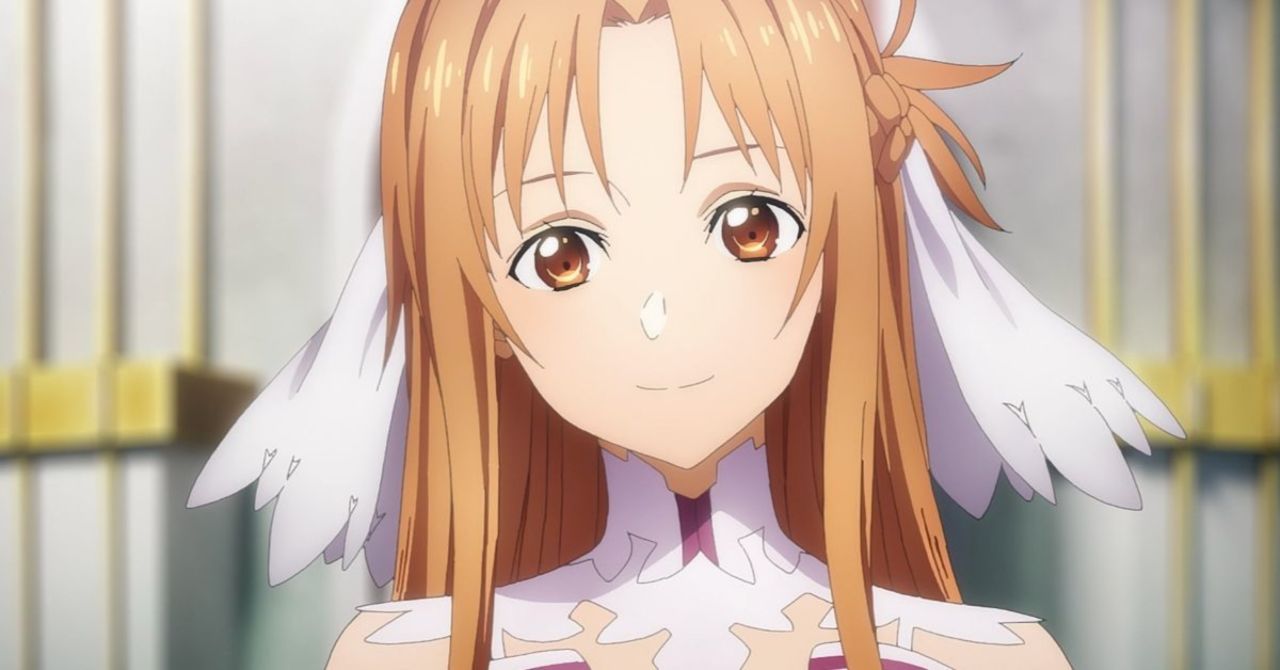