Monica Ramirez -Montagut is not daunted by starting a new job in the middle of the coronavirus epidemic. The enthusiastic new Executive Director of the Eli and Edythe Broad Art Museum at Michigan State University is raring to go.

“I loved the Broad Museum the minute I saw it,” Ramirez-Montagut said. “The museum is involved with world class contemporary art. It’s on the cutting edge. And a university museum is exactly where I want to be.”

Although the new director has been in place for most of the summer, the community had not had a chance to meet her or even see the museum until recently because of the Covid closure.

On Sept. 1 that changed. The museum is open again with the new exhibit. “Acts of Care” and Ramirez-Montegut will be there to communicate with the public – with 6-ft. social distancing rules in place, of course. If you would like to visit the Broad, please reserve your free ticket through the website – [email protected]/visit. The site will also have all the new Safety Guidelines.

Monica Ramirez-Montagut is the third executive director since the Broad Museum opened in 2012. Previous directors were Marc-Olivier Wahler and Michael Rush.

“She brings a passion and energy for the possibilities of art for everyone. She believes art is transformative in peoples’ lives,” said Judith Stoddart, Associate Provost for University Collections and Arts Initiatives at MSU and member of the search team that hired Ramirez-Montagut.

Ramirez-Montagut has three bright lights that almost made her destined to land the Broad leadership position.

● She was Executive Director of a contemporary art museum at Tulane University in New Orleans.

●She has a doctorate and is an author which is perfect for an academic environment.

● She began her career as an architect which prepared her to curate an exhibit on Zaha Hadid at New York’s Guggenheim Museum. Hadid happens to be the celebrated architect, now deceased, who designed the Broad Museum.

Hari Kern, member of the Board of Advisors of the museum, says, “she is very down to earth and accessible. She’s needed in this community, to reach out.”

Growing up in Mexico City, Ramirez-Montagut reveled in the city’s abundance of museums and art. She wanted to go to college and get a degree in art history. Her father (a chemical engineer) said, “What kind of job can you get with that degree?” He advised her to study architecture instead, where she could combine her love of art with a practical side.

She did just that and managed to combine architecture and art throughout her education and her professional life. And when she talks about the Broad you can hear how she mixes her love of those two disciplines – art and architecture.

Here’s how Ramirez-Montagut expounds about the Broad: “The space escapes the building. It’s a new language. The Broad is filled with optical allusions, adding texture to the viewing experience. The building extends beyond itself and it’s up to us to finish the story.”

Clearly, the new head of the museum sees the building as a work of art, as important as the objects within.

“Architecture can be more expressive when it is used for art than a more functional role – like an airport. Hadid was an explosive architect 14 years ago when I curated the exhibit, and that was before she even designed the Broad.”

Kern says, “I’ve heard some people say that the distinctive Broad museum looks like cheese grater or a shark. Not Monica. She really understands it.”

The new director also likes the compact size of the building.

“It’s a good size museum. It’s about the same size as the San Jose Museum in Silicon Valley and the Aldrich in Connecticut (two museums in which she has worked)”.

Stoddart appreciates Ramirez-Montagut’s love of the building’s design, too. “She has a special feel for the building since she understands Hadid so well. She’ll be able to explain the building to the public.”

Also, Ramirez-Montagut loves contemporary art, which is confusing to many museum goers. For instance, they get “modern art” confused with “contemporary art.” The new director says, “Contemporary art is all about what is happening in society right now, or beyond. It will always be ahead of us. Artists can respond faster than the rest of society.

“Contemporary art is challenging and to be successful, the museum must have a welcoming image and should not just speak to the experts. The museum is a point of entry to the art, a point of access. The museum gives us art to view, but we have to fill in the gaps.”

If you visit a museum to view your favorite masterworks year after year after year, don’t expect that same experience in a contemporary museum. That is not how it functions. Ramirez-Montagut says, “Every three-to-six months the entire museum will be different. Each time you come; you’ll learn something new.”

And she believes that the exhibits should be concerned with the community in which the museum resides and the social issues in society.

Understanding the unique relationship between the museum and community is of keen interest to Ramirez-Montagut. “Collaboration is the key. I am really looking forward to working with the entire university in planning the exhibits”.

Stoddert says, “Monica wants stronger regional and community conversations. I think we’ll be a different voice to people with her in the lead. In 2022 we will be celebrating the museum’s 10-year anniversary. I am looking forward to her impact on that event.”

In her previous position as Executive Director of the Newcomb Art Museum at Tulane University, Ramirez-Montagut developed many exhibits which focused on issues relevant to the community, such as one dealing with the many aspects of incarcerated women.

“She turned a sleepy museum into a real player in New Orleans,” Stoddert said.

Ramirez-Montagut is eager to see how the Broad will change the community. “I expect that as the years go by the museum will have an effect on the entire East Lansing area. But it takes a while. When the Bilbao Museum opened in Spain, it took years for the $250 million economic effect it had on the city to become a reality. And when the Guggenheim opened in New York an entire community grew around it. But that’s long term.”

Broad’s new leader is impressed with what the museum has accomplished so far. “They’re already doing great things with the community and social action. It’s all terrific art. “

Stoddart is looking forward to the future of the museum with Ramirez-Montagut at the helm. “She already has things planned.

“I’m excited to introduce her to the entire community.”

Mon Oct 5 , 2020
BUFFALO, N.Y. (WIVB) — Healthcare workers are being offered free, six-month memberships for the Burchfield Penney Art Center at Buffalo State College. The art center made the announcement on Monday morning, saying the offer is now available and valid through the end of 2020. “Healthcare workers continue to fight the […] 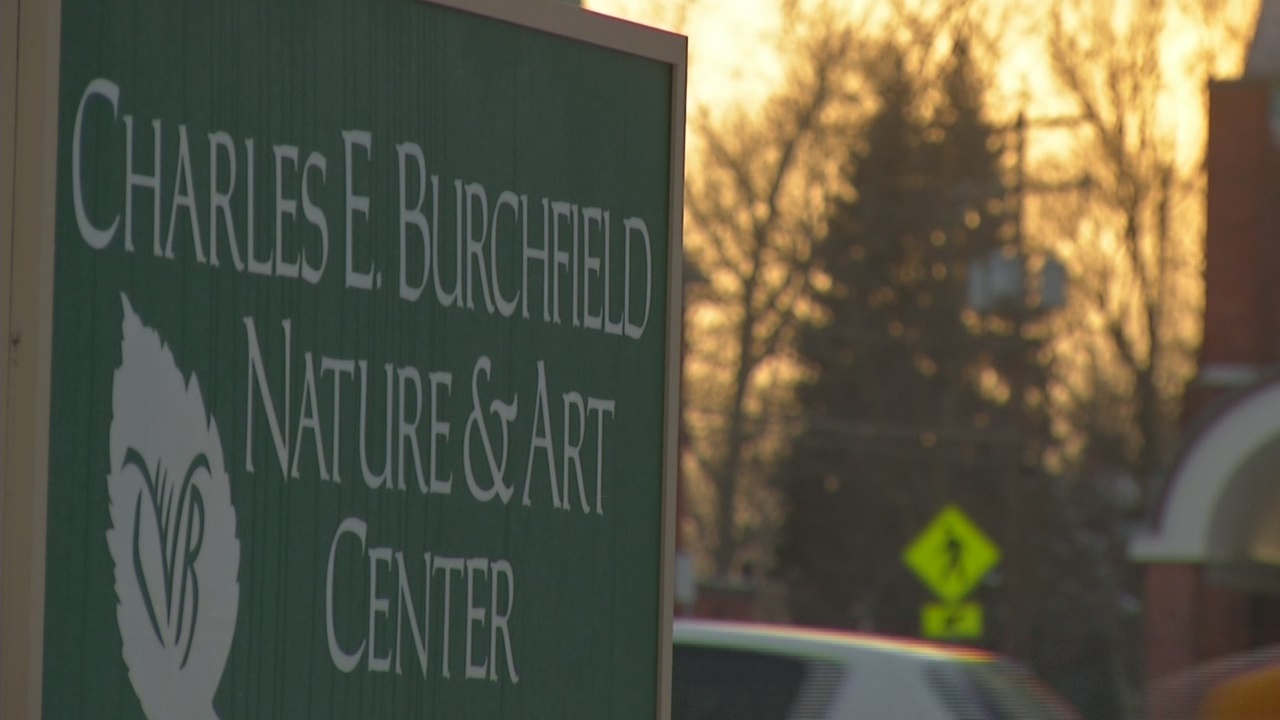